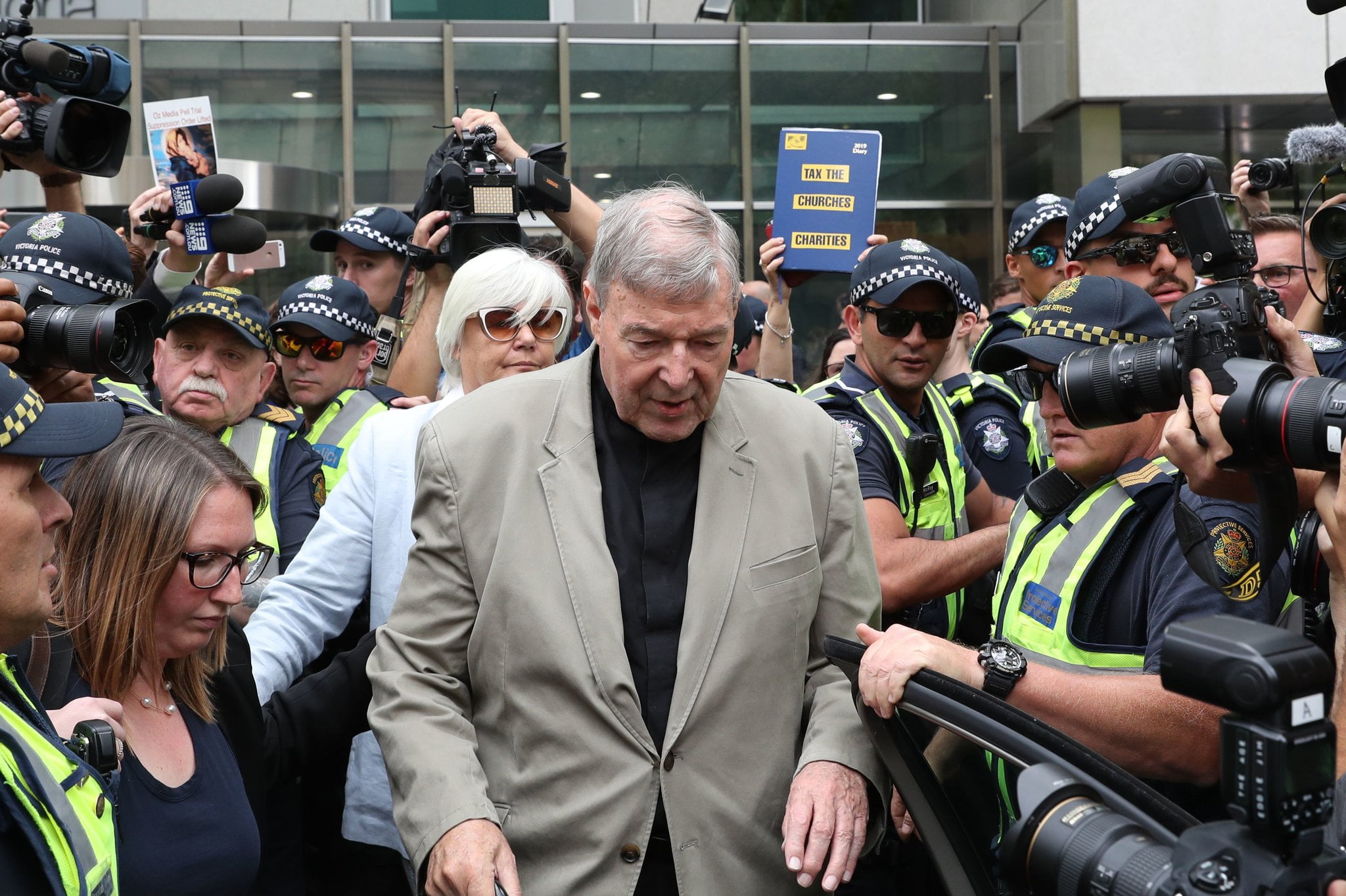 UPDATE: As of 7th April 2020, George Pell’s conviction was overturned by the High Court of Australia. George Pell is no longer a convicted paedophile. The following article was written at the time he was convicted.

George Pell has been convicted of sexually abusing a choir boy when he was the Catholic Archbishop of Melbourne.

The incident happened at the same time as Pell was drafting the church’s response to victims abused by priests in his Archdiocese. It is alleged he forced two robed choir boys to suck his penis in the sacristy room after Sunday mass at the Cathedral.

Pell is the most senior Catholic in the world to be convicted of child sexual abuse.

He will appeal the conviction. This will take a few months.

Pell will face defrocking by the Pope if he loses his appeal.

This conviction is a huge victory for all survivors of clergy abuse.

The first jury had to be discharged from the case as they couldn’t reach a unanimous decision. The second jury returned the guilty conviction after the end of the five-week trial.

Pell was charged with one count of sexual penetration of a child under the age of 16 and four counts of committing an indecent act with or in the presence of a child.

After hearing the conviction, Pell’s barrister applied to have Pell’s bail extended so he could have an operation on his knee – which was granted.

Pell will probably never return to his cushy life at the Vatican. He will certainly never experience the good graces of Pope Francis.

His jail term has not yet been announced, but with his poor health, the likelihood of Pell dying in a Melbourne jail cell is fairly strong.

May the punishment fit the crime.

This trial and the subsequent results were down to one brave man’s evidence.

He had to live with the knowledge that for 20 years, the man who sexually abused him rose through the ranks of the Catholic Church, becoming a Cardinal and ultimately the third-highest Catholic in the world.

He had to live, knowing this man got away with a horrific crime.

His friend, a fellow choir boy who was allegedly sexually abused in the same incident, died from a heroin overdose.

The bravery of all Pell’s victims to come forward is awe-inspiring. They faced a hardened and aggressive defence team, who were full-on and took every legal point.

Pell’s defence barrister tried to disprove the witnesses’ account: “What is the probability that someone who just happens to walk through an open door and sees two young boys, all of a sudden decides to orally rape them?”

So why on earth would this man choose to use his position to ruin two young men’s lives?

He chose to do it because he thought he could get away with it – until now.

It will take some time to come to terms with the fact that a man who is meant to represent God on earth could even think about acting in such a repulsive manner, let alone going through with the act against two choirboys.

And he then ascended the ranks of the Catholic Church.

This is the same man who announced and launched the Melbourne Response – a scheme to handle claims of child sexual abuse.

The Melbourne Response capped compensation payments at $50,000 and was criticised by complainants for its lack of independence and consistency in dealing with claims.

And yet the man who gives himself all the credit for launching the scheme is a paedophile.

Throughout the hearing, Pell’s team continued to try to tear down the witnesses.

In an effort to close the door on any doubt, Mr. Richter referred to a slide show presentation that included headings like: Only a madman would attempt to rape boys in the priest’s sacristy immediately after Sunday solemn mass.