Islam & the Royal Commission: why were they given a “get out of jail free” card? 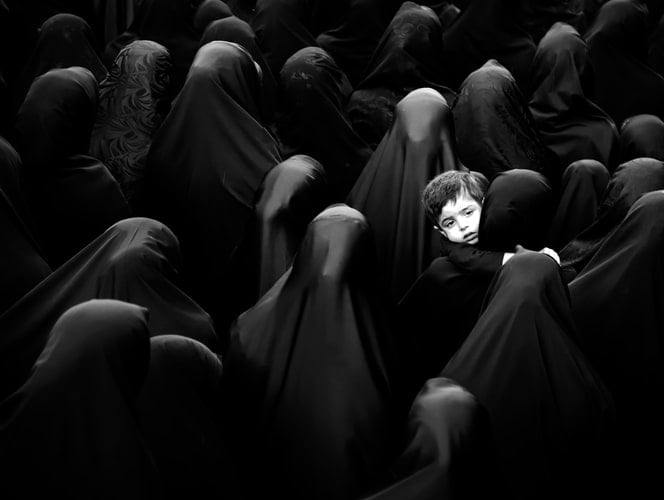 Of the 6,875 survivors who told the Royal Commission about child sexual abuse in institutional contexts, 4,029 survivors were abused in religious institutions.

Reading the commission’s final report, one might think these numbers were based on big and powerful religious institutions like the Anglican and Catholic Churches. It’s true – a large proportion of survivors who came forward were linked to these institutions. These institutions have been examined, scrutinised, and dissected under a microscope.

There’s no discounting the harm and pain these institutions have inflicted over the decades.

However, some religious organisations managed to fly under the radar during the Royal Commission’s investigation into child abuse, most notably the Islamic faith.

In the Royal Commission’s final report, Islam is mentioned twice. The first mention refers to the bar graph below. Here we can see 3.8% of survivors were abused in “other institutions”. 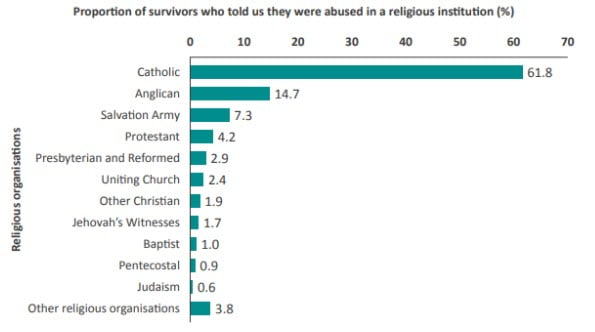 In the report, these sessions were referenced in passing. No details, no locations, no names.

Just a number in a graph. 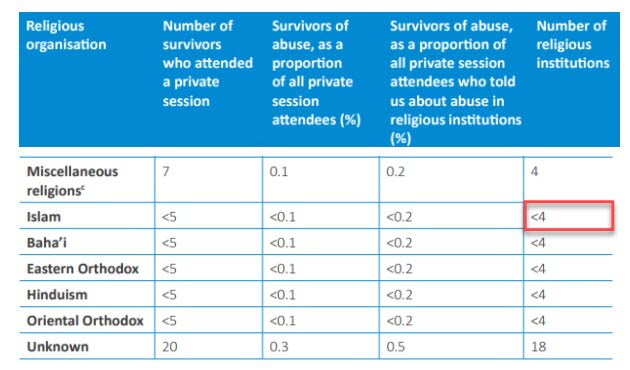 How were religious institutions like Islam able to avoid further investigation?

The religious groups referenced above have one thing in common: a culture of fear and secrecy. At Kelso Lawyers, we believe these numbers are skewed and there are child abuse survivors living torturous lives, too afraid to come forward, expose or disrespect their religion and their family.

In this article, we explore theories around how Islam managed to avoid investigation and why it’s important we reopen the case now.

Possible reasons why the commissioner’s skimmed over the Islamic faith 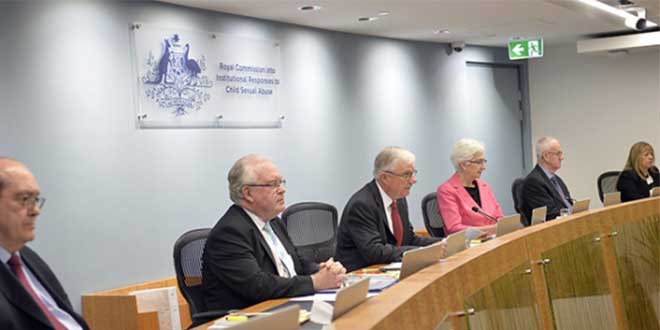 In 2017, I completed an interview with the Herald Sun regarding the Royal Commission’s handling of the Islamic faith. At the time, I suggested the commission was avoiding the investigation of Islam on purpose and in turn they were failing Islamic children.

“Worse still, some women within the Islamic faith are forced to endure genital mutilation. Some Middle Eastern groups find this practice culturally acceptable – it is even commonplace in some communities.”

“All groups need to be treated equally and fairly. I’m happy to suggest the Royal Commission is deliberately avoiding any investigation into Islamic institutions.”

I also wrote to the commission and asked them to investigate victim stories of underage child sex, forced child marriages and the genital mutilation of young girls.

I received no response.

Searching online, through the commission’s final report and the National Redress Scheme’s lists of participating/non-participating institutions, there are no references to genital mutilation and child marriages. There are very few references to Islam at all.

The commissioners have provided no reason for this.

Australians are forced to guess the reason why. Some possible theories include:

So why wasn’t this addressed when so few child abuse survivors came forward? 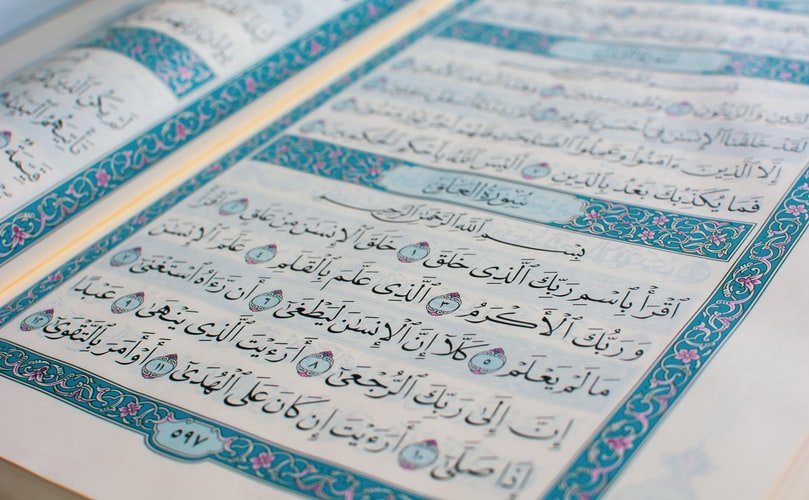 In a broad sense, Islam for many of its adherents is a quiet, family-centred religion. There is often great respect between husbands and wives, as well as between mothers and their children. However, there are some practices by extreme elements that put children at risk of physical and psychological trauma which are not accepted (or legal) in Australia.

Forced marriages are technically forbidden in Islam. Islamic marriages are contracts between two consenting parties referred to as mithaq. A woman can give her consent via agreement or by remaining silent.

However, there is no minimum age of marriage in Islam. Young girls can be married to adult men. Their parents or guardians can agree to the marriage, or underage girls can agree through silence.

According to the Social Structures of Islam, an underage girl can live with her parents until she is mature enough to have sex with her husband. Girls must be “examined” before this can take place.

“In case of a dispute on the matter between the husband and the bride’s wali (her nearest male kinsman and her guardian), the judge (qadi) is to be informed and he is to appoint two matrons to examine the girl and report on her physical preparedness for marriage.”

“If they decide she is too young, she must return to her father’s house until she is judged fit.”

Child marriage, however, doesn’t often happen like this. If the girl lives with her husband, there’s no knowing what goes on behind closed doors… and despite laws going back decades, child marriage is still happening in Australia.

Since 2017, 171 cases of forced child marriage have been investigated. This includes children as young as six and seven-years-old. In one case, a 34-year-old man married a child who he paid for with a gold necklace.

UNSW’s Youth Law Australia’s director, Matthew Keeley, says children who are forced into marriage are often too scared to seek help or alert the police. Some children were also afraid their parents would go to prison.

“They often express how dangerous it could be in their community or within their family if they attempt to leave,” Mr Keeley said.

Children cannot consent to sex, let alone marriage. They are too young to understand marriage, sex, and making babies. How many child brides have suffered physical, psychological, and sexual abuse at the hands of their husbands?

Female genital mutilation (FGM) refers to all procedures involving partial or total removal of the external female genitalia, or other injuries to female genital organs (like the stitching of the labia majora or pricking of the clitoris) for non-medical reasons.

In some cultures, FGM is used to prepare girls for marriage and womanhood, or to represent her femininity, modesty and fidelity. According to the Australian Institute of Health and Welfare (AIHW), the procedure often happens before the girl turns 15-years-old, although it is more common to be done before she turns nine.

The AIHW state 53,000 women and girls born overseas but now living in Australia have undergone FGM. Women and girls aged 15 to 49-years-old make up 57% of this number.

Evidence suggests that some families have female genital mutilation done while girls are visiting the country of their parents’ birth. There have also been three cases in Australia, one of which involved two underage Muslim sisters. One of the girls was 11-years-old and considered the procedure a symbolic “coming of age” event.

International health and welfare agencies and the Australian Government consider FGM a violation of human and children’s rights. It is also illegal and considered child abuse in Australia.

There are recorded cases of FGM in Australia.

There are Islamic girls being sold and forced into marriage.

Where is the justice for them? Who will stand up for Islamic children?