What’s next for George Pell? It’s his turn to strike back – and he’s coming after his detractors 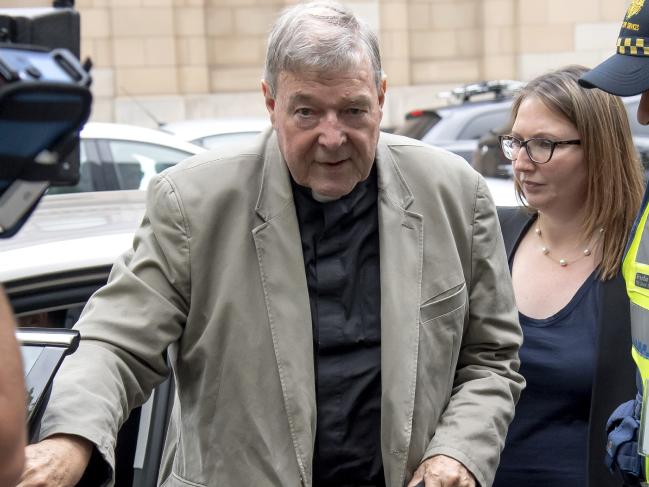 Not since the days of the Lindy Chamberlain case has the Australian public been so divided over a criminal trial – but what happens now that Cardinal George Pell has been cleared?

He may want to disappear into the night, never to be heard of again – or he may want to line up all of his detractors, sue them, and make them pay.

Some serious consequences may follow for institutions such as Victoria Police, Victoria’s Attorney General, the Australian Broadcasting Commission (the ABC), and even for the complainant himself.

Think about it: like it or not, Pell was exonerated by the full bench of the High Court of Australia (HCA). That’s 7-0 in favour of the fact the jury got it wrong and so did two judges of the Court of Appeal (the dissenting judgment of Justice Mark Weinberg was correct).

As a result of the mistakes of Chief Justice Anne Ferguson and Justice Chris Maxwell, an (apparently) innocent person spent an additional seven months in jail. In total, Pell spent 405 days behind bars, lost his position as the Pope’s advisor, and had his reputation permanently damaged to say the least.

The HCA’s judgment was a single written judgment with all seven judges concurring. The HCA, in this instance, spoke with one voice. Australia’s finest legal minds all in agreement – that doesn’t happen every day.

If you were Pell, you’d want compensation.

You’d also want an apology and your old life back.

You’d want to send a message to the Pope and the worldwide Catholic Church that you’d been the victim of a witch hunt; that you’d been made a scapegoat for the past sins of the entire Church. A successful civil claim against all of the persons and institutions who joined the hunting pack would do the trick.

So who is to blame?

The HCA has worded its judgment as if it foretells a civil claim by Pell. The judgment read, “there was a significant possibility that an innocent person has been convicted.”

It’s the HCA’s way of helping a man who they believe has been wronged. The HCA are sending a clear message for the next phase of legal action, that the jury at first instance and the Court of Appeal made several blunders; that the criminal case was botched by the courts and as a result, an innocent person was jailed.

Anyway, that’s now a matter for the civil courts.

Questions might also be raised about the part played by ABC News and its relationship with Victoria Police.

Pell’s lawyers will be scrutinising the internet to build a civil case against as many defendants as possible – that’s because in litigation, it’s a better bet to have recourse to several deep pockets rather than just one.

The complainant might be lined up, too. Pell’s team will have done its homework on him to send a message to anyone else who is thinking about speaking out.

The eight civil actions pending against Pell will be dropped; those actions were commenced on speculation by plaintiff lawyers that Pell’s criminal conviction would stick. Pell’s convictions were quashed so now the landscape has changed. Neither Pell or the Catholic Church will be offering a cent to any of those plaintiffs. They will all have to whistle dixie.

It’s Pell’s time to get on the front foot.