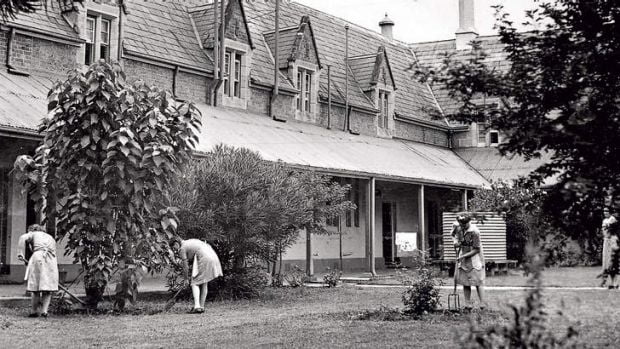 The Parramatta Girls Training School was an institution sadly run like many others throughout the 1950s to the 1970s.

I have acted for more than 162 adult survivors of Parramatta Girls Home. This number alone demonstrates the appalling crimes committed by members of this institution.

I can say Parramatta Girls Home was one of the worst institutions for child abuse in Australian history.

I have heard too many stories about the abuse suffered by victims.

The psychological torture. The unspeakable evil.

No person should ever have to endure the level of trauma and abuse the teenage girls experienced at Parramatta.

No one tried to stop the abuse. Instead, hundreds of girls suffered throughout the 1950s to 1974. In this article, we highlight the horrendous abuse and living conditions the Parramatta Girls were forced to endure, from psychological abuse to beatings, rape and slavery.

Officers who patrolled the halls of Parramatta Girls Home were “bottom of the barrel” types.

At the time, no qualifications were needed to land a job at the school. You didn’t need a university degree or TAFE certificate. There was no training or regulation and the pay was basic. It was the kind of work you took when you couldn’t do any better.

The lives of ‘at risk’ girls were placed in the hands of ignorant, uneducated and immoral thugs.

Child welfare was learned “on the job” back in those days. The absence of structured training meant sadistic perverts passed on their skills to new officers, perpetrating the same culture of evil from one year to the next.

Most of the girls didn’t even know what sex was when they arrived at the school.

The poor pay and lack of qualifications meant Parramatta Girls Home attracted men on the fringes of society. The lure of direct access to unsettled teens combined with an easily obtained position of power was a desirable mix for paedophiles, oddballs and misfits.

Parramatta Girls Home was the ideal workplace for would-be criminals with a lust for a smorgasbord of sex with pubescent girls.

They were Percy’s boys.

He ruled his kingdom with his minions at his beck and call.

They did whatever they wanted. They had no fear of being caught.

They knew Percy was on their side.

Parramatta Girls Home was the largest institution in New South Wales for girls.

Inmates were a mix of juvenile offenders, girls charged with exposure to moral danger and those deemed “uncontrollable” by the Children’s Magistrate.

The latter group had done nothing wrong. These so-called “uncontrollables” and EMD’s were usually victims of abuse with nowhere else to turn but to the state’s care and protection.

These were teenage girls. Innocent, traumatised children who needed love, care and proper protection. Instead, they were thrown into Parramatta Girls Home where they would spend up to 12 months in the worst possible environment.

There was no counselling. No special programs. No diversional therapy. No lessons. The girls were forced into hard labour in the commercial laundry from early morning until dinner time.

The work was monotonous, gruelling and stinking hot.

Female officers kept the girls working under an iron fist. The girls lived every day with their nerves on a knife-edge.

There were no kind words or soft tones.

Parramatta Girls Home had no intention to heal or nurture – just to break and silence.

Attempts to fight the system led to solitary confinement, or worse – the girls would be threatened with a trip on the overnight train to the dreaded Hay Institute (a maximum security prison for girls in the Riverina district that remained a guarded state secret until the early 2000’s).

I am convinced girls were being sexually abused daily at Parramatta Girls Home.

The stories I have heard and those told to the Royal Commission are indescribably heartbreaking.

I have spoken to survivors who lived there from the 1950’s until the day it shut down. The abuse was so frequent and involved so many girls, it must have occurred on a daily basis like some form of sickening ritual.

The sort of culture that condones this kind of routine would have understandably screened out any staff who wanted to help the girls. Well-intentioned workers would not have survived. They would have been bullied out of the system.

With no one willing to blow the whistle, Superintendent Percy Mayhew’s power strengthened and the girls at Parramatta Girls Home had no chance.

The occasional riot was like a pressure valve exploding. The media reported the riots while police were brought in to “control the girls”.

One police officer fired his gun at the rioting girls. A witness described this at a Royal Commission hearing in 2014. She described the sound of the bullet whizzing past her head. There was no explanation from the police as to why an officer opened fire on a group of unarmed teenage girls who couldn’t escape.

Their general health is poor and so is their dental hygiene. Many had teeth pulled out at Parramatta Girls Home. The government dentist couldn’t be bothered with fillings.

Chronic lung disease is common. Many women have smoked since their teens.

Almost all of the women deal with some form of mental illness as a result of their trauma.

Most are struggling financially and trying to get by on the aged pension or disability pension. They’re renting from public housing.

The lucky ones are in long term relationships. Many are single because of the trauma they suffered in their youth.

Histories of depression and severe anxiety are common.

Clients tell me their lives have been hard. They wish they could do something for their children. Maybe leave them a small inheritance when they pass or at least be able to have their funeral prepaid.

Some Parramatta Girls Home survivors are still waiting for redress

After all the terrible things these women endured as children, the National Redress Scheme is making them wait for justice.

Some survivors are still waiting for a response from the Scheme. Some applications have been downright rejected, like Lyn Belsham’s.

Lyn’s father was abusive and a drunk. As a child, she ran away from home multiple times but she was always picked up by welfare officers. She fell pregnant when she was 13-years-old and ended up at Parramatta Girls Home. There was a special section for pregnant girls.

She was sexually abused by a paedophile doctor who did the medical examinations on the girls. Lyn called them “internals” and claims it happened at least four times.

Lyn applied for redress in 2018. In 2020, the National Redress Scheme rejected her application. To submit an appeal, the scheme demanded she reveal more details about the abuse she experienced. This left Lyn with suicidal thoughts.

“After two years, why do this to me?” Lyn said.

“In the papers, they blamed my father but the Metropolitan Girls Shelter and the Parramatta Girls Home… they didn’t blame them.”

“I thought, what good is this going to do me, to put myself through this again, just to get some money?”

After submitting an appeal, Lyn was awarded a six-figure payment, but it took two long, traumatic years for her to achieve it. According to Social Services Minister Anne Ruston, a simple claim can take up to six months. But it doesn’t.

How many Parramatta Girls will be made to wait for redress? How many survivors will live to see justice?

How we can help victims of Parramatta Girls Home

If you were or someone you know was abused at Parramatta Girls Home, I encourage you to please come forward and share your story with me.

An apology and a respectful financial settlement from the Department of Family and Community Services can help turn your life around. The Redress Scheme is the last resort.

We will fight as hard as we can to give you a more positive future – and bring this institution to account. For more information on the atrocities committed by the Parramatta Girls Home, download the case study below. 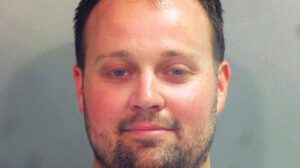