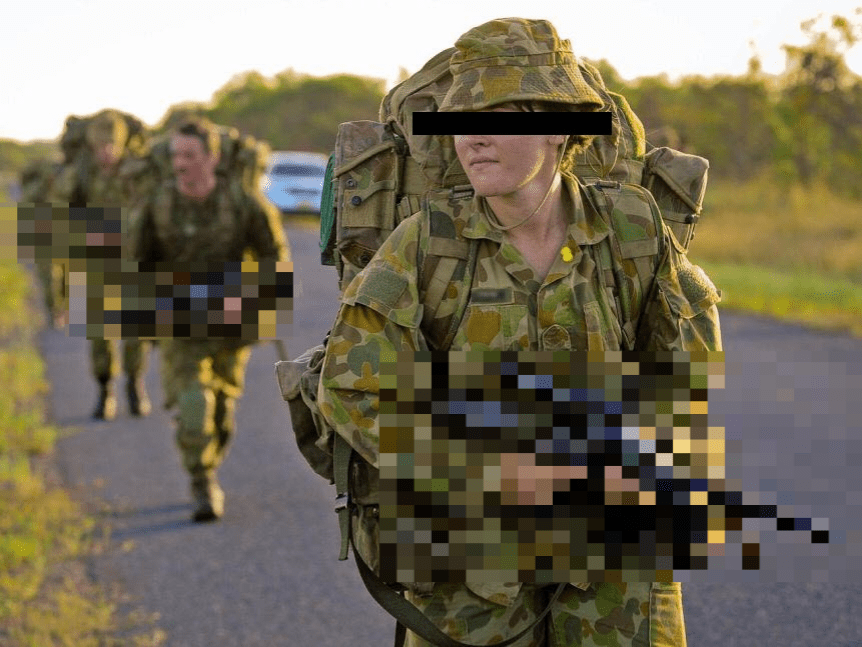 The Australian Defence Force (ADF) has a lot to answer for when it comes to the treatment of their servicewomen.

The culture of “don’t ask, don’t tell” has led to countless individuals keeping the abuse to themselves. Some never come forward. Some live with the pain and side-effects of their abuse to avoid further consequences.

Some don’t know that help is out there.

At Kelso Lawyers, we have heard from multiple ex-servicemen and women who have experienced abuse in the ADF. We have found that 90% of complaints fall into two main categories:

In 2018, women made up 17.9% of the ADF workforce. The abuse of women in the ADF is widespread and multiple women who once lived on defence bases have contacted Kelso Lawyers for help.

These women have taken the first step towards justice and compensation.

It’s about time their suffering was addressed.

The women who approached Kelso Lawyers described men – often senior men – who would come into their living quarters at night and commit sexual assaults.

Oftentimes, these men were not invited into their living quarters. If they were invited, it was not for the purpose of engaging in sexual activity.

These men were told “no” when advances were made – but it didn’t stop them.

In other cases, the sexual assault occurred in male’s rooms after women were invited. On one occasion, a senior officer had called the woman to his room, used his authority to make her obey his orders, and then sexually assaulted her as soon as they were alone.

If and when these women reported the abuse, they were often not believed and/or were badly victimised. In cases where legal action was taken against the offender, it would lead to the woman being ostracised by their colleagues.

The victim would be called names, threatened to change or retract their story, and told to stop causing trouble. They were ‘blacklisted’.

Many charges were dropped or did not proceed because the victim was afraid of the consequences.

Why did this happen?

The culture of objectification and sexual harassment against women is well known in the Australian Defence Force.

The appalling behaviour of males has led to sexual assaults occurring on base.

For too long, the ADF has turned a blind eye and allowed lower-level abuse and sexual harassment to fester. This has made it easier for harassment and sexual assault to occur.

Women in the ADF have reported cat-calling, getting slapped on the backside, and having their appearance commented on by males.

Males have also been known to make sexually charged remarks about what they want to do to servicewomen and which one would be the best in bed.

This has been going on for decades.

These are everyday occurrences in many bases and units. There is little doubt tolerating this culture of abuse and harassment has played a part in very serious, ‘high end’ assaults to occur within the ADF.

There are multiple reports which show this behaviour is often encouraged or allowed in the ADF.  Here are just a few damning examples:

Allowing this kind of behaviour to happen is simply not good enough – and at Kelso Lawyers, we’re here to support women in the ADF who have been abused, harassed, or threatened into keeping quiet.

If you have experienced sexual abuse in the ADF, we want to hear from you.

Our team as more than 34 years’ experience helping survivors of sexual abuse to achieve compensation from powerful institutions, along with apologies and recognition of the terrible things that happened.

We have the experience, expertise, and compassion to fight to achieve compensation and take down offending institutions.

It’s time to take a stand.