My brutal childhood as a State ward 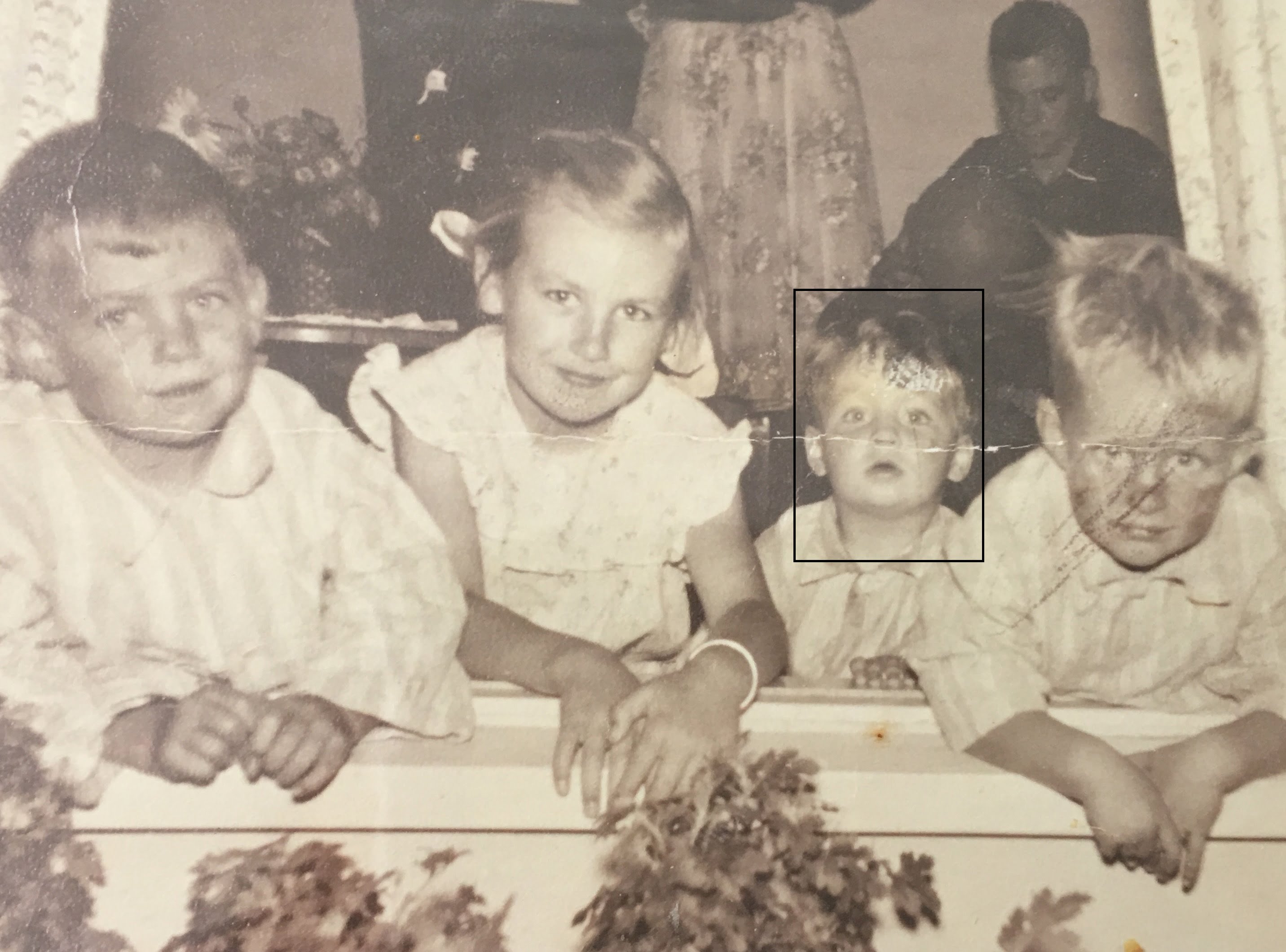 Image: Peter Kelso (highlighted) before he was removed. Shown here with (L-R) Billy, Dianne and Arthur.

I was just five years old when my mother arranged to give me away to the Child Welfare Department.

I remember the day vividly.

We were living in Charlestown, near Newcastle.

My mother gave me one final bath with my two older brothers, Billy and Arthur.

It took me longer because I had misplaced a shoe.

I looked everywhere for it.

Meanwhile, a big, black car pulled up, and the three of us boys were sent along with the men in suits.

We were taken on the train to Bidura Depot in Sydney. I had no idea what was happening to us.

A while later I was taken on a walk with a man I had never met before. Everything seemed so strange and confusing.

The next image I remember is still vivid in my mind. Billy and Arthur stood at the top of the stairs and waved me goodbye.

I didn’t see my two brothers again for 17 years.

In those days the Child Welfare Department practised the ‘forced separation of siblings’. Breaking up brothers and sisters was relatively commonplace. There was nothing you could do about it.

All of a sudden, I was a State ward.

In the minutes after taking that final bath and searching for my lost shoe – my life changed forever.

I was now an unwanted child who needed someone to take me in.

After two weeks at Winbin Children’s Home at Strathfield, I was collected by Daphne and Arnold Mead.

They were old, formal and strict with no children of their own.

They took me to their modest house in Gladesville near the Parramatta River. This was to be my home until I left as a 22-year-old man. The Meads brought me up as their only child. I had to call them ‘Aunty’ and ‘Uncle’. My Child Welfare file states I was ‘placeable’ with foster parents because I had blue eyes. It seems my biological parents had left me with one lasting gift.

I discovered many years later Billy and Arthur had gone back to our mother and her new boyfriend after only eight months as wards.

Apparently, they weren’t as ‘placeable’ as me. I don’t know why. We all had blue eyes.

I still don’t know why my mother didn’t come back for me.

That unanswered question still eats away at me from time to time.

The following years in a foster home were lonely, brutal and challenging.

But I survived, with a good education behind me and a clear understanding of right and wrong.

I wasn’t used to discipline and living under any rules. So it came as a real shock to the system when I was repeatedly smacked and beaten. It seemed like I was always in trouble.

Daphne was the disciplinarian. I couldn’t do anything right according to Daphne. I wasted endless hours standing and staring at the corner of my bedroom as a form of punishment. I wrote out hundreds of lines.

Her frequent weapon of choice was the feather duster- it had a bamboo handle. She kept the thing behind the fridge. Daphne would whip me across the legs like a thrashing machine, strong and determined.

She only stopped hitting me to recover her breath. It always seemed like she was never going to stop, but eventually, she would exhaust herself. She was only five feet tall but she was surprisingly strong.

But this still wasn’t the end of the punishment.

I was then placed “in disgrace”. I knew what this meant. Neither Daphne nor Arnold would speak to me for days. They knew how to keep the punishments going. It seemed like nothing to them. For me, the ongoing silence was pure mental torture.

Each hour would strike deeper than any of those bamboo lashes. Daphne would often tell me, “You are nothing but a creature. But if you’re good enough one day we’ll let you change your surname to ours.” For many years I believed her. I longed for the day when I was good enough to change my name. I believed I was bad and my name was bad.

At the time I just assumed this punishment was normal. I thought everyone’s parents behaved this way. It wasn’t until my late teens that I discovered Arnold and Daphne were far from ‘normal’ parents.

Now I’m a lawyer, I often read the stories of others raised with foster parents. A lot of them were shunted around to many foster parents. At least I had the stability of one home, although Daphne often threatened to send me back to the boys’ Home.

I feel lucky I wasn’t sexually abused like so many others were.

Most kids were fostered by married couples with children of their own. Their stories have a common thread. The girls were quickly put to work around the house, allowing the ‘stay at home’ foster mother plenty of time for leisure activities. The foster children did all the work and the ‘real children’ sat back and enjoyed a carefree childhood with their friends and relatives.

In many of these cases, older boys in the family used the foster children for their sexual experimentation. Some foster fathers secretly molested the girls.

The child suffering this abuse had no way out.

There was no point saying anything.

Nobody would believe a ward of the State.

They were unwanted children from bad homes. They couldn’t be trusted. They were little liars. And you didn’t talk about sexual things in those days, even if you knew horrible things were happening.

I want to see governments recognise the trauma so many former State wards were forced to endure.

The foster care system was riddled with instances of abuse.

The systemic abuse running through the Child Welfare Department’s old programs needs to be acknowledged and discussed.

This abuse, and the traumatic consequences of this abuse needs to be addressed by our government.

This week I received an email from the NSW Minister for Family & Community Services, Pru Goward MLA.

I had asked her for a special meeting to raise and discuss these issues.

The reply was simple and abundantly clear: “Unfortunately the Minister is unable to meet with you at this time.”

There was no explanation, simply a template response from her office.

The government does not want to address this issue.

This attitude has to stop.

State wards were abused while they were under the parental responsibility of the Minister at the time.

We were the Minister’s legal children.

We were abused in the Minister’s legal care.

We deserve justice for the pain we were forced to suffer – the pain that has shaped the rest of our lives.

Continue on to part two.

Submit an information form today. I will contact you when there is something happening. I won’t rest till we achieve justice.