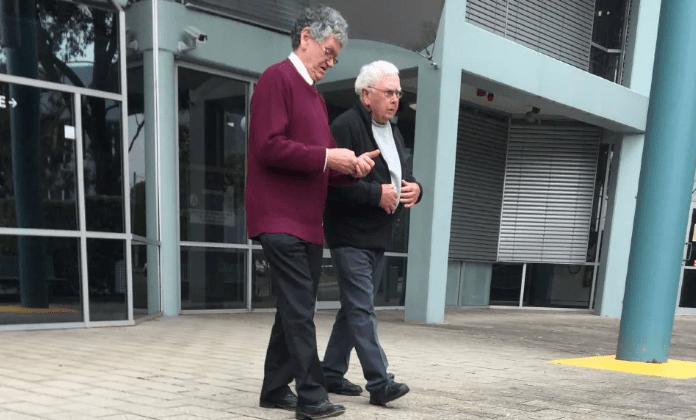 This story ‘Carl Stafford was a Marist Brother who left the order before molesting four boys as a lay teacher and then a Catholic priest‘ first appeared on Newcastle Herald.

FORMER Marist Brother and Catholic priest has been sentenced to five years’ jail for sexually abusing four boys in Sydney and on the Central Coast.

Carl Edward Stafford, 80, must serve at least three years’ jail for crimes against two boys at the Marist St Gregory’s College at Campbelltown in the 1980s, and another two boys at East Gosford while he was working as a parish priest.

Some of the offences occurred at a Copacabana home where Stafford took at least one boy.

Stafford stood down from parish work in 2010 after allegations he sexually abused a boy on the Central Coast in 1996. Stafford declined to respond to questions for a church investigation of the allegations, which found they were “likely to have happened”.

His right to say a public Mass, present himself as a priest or celebrate the sacraments was removed, although he was not defrocked.

The church findings were reported to police but he was not charged. In October, 2017 he was charged with child sex offences after another victim spoke with police and alleged he was sexually abused.

In August Stafford entered guilty pleas in Sydney District Court to sexually abusing two children at Campbelltown between 1984 and 1987 while working as a lay teacher after leaving the Marist order, and at Gosford between 1996 and 1997 while he was a parish priest.

In August a spokesperson for Broken Bay Diocese expressed “great sadness at the trauma and suffering the victims and their families have experienced”.

“We are aware of the courage it has taken for them to come forward and we are ready to assist them on their journey of healing. The diocese expresses its shame that such incidents of clerical sexual abuse have occurred,” the spokesperson said.

“The diocese conveys its clear commitment to keeping all people safe in our communities, particularly those who are vulnerable. The safety and wellbeing of our young people is our highest priority.”