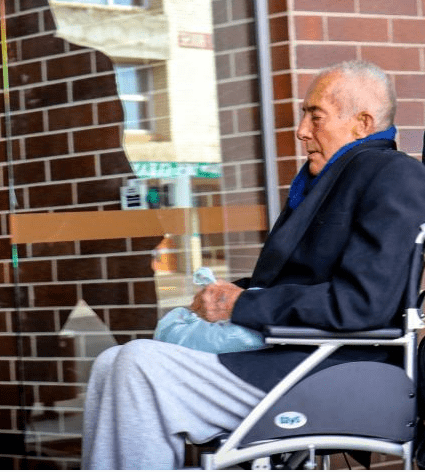 Father David Joseph Perrett spent his thirty year career as a Catholic priest in the Armidale Diocese. This Diocese allowed Perrett to move around parishes, allegedly abusing up to forty children (mostly boys). This horrific behaviour allegedly occurred right under their noses, without anyone knowing.

After several children told their mothers, a group went to the Walgett Police Station to report the abuse.

Because the Catholic Church could do no wrong.

It’s the same Catholic Diocese, based in Armidale, that sheltered Father John Joseph Farrell who is doing a 29 year jail sentence.

The charges against Perrett include buggery, carnal knowledge of a child under 10, aggravated sexual assault, aggravated indecent assault and assault occasioning actual bodily harm. The prosecutor has told the Court that some of Perrett’s charges are so serious that he could spend the rest of his life in jail if convicted.

In court on 29 October 2018, additional charges were filed in Perrett’s case. A court has ordered that Perrett must remain in custody while prosecutors continue compiling the documentation for his charges.

He faced court again in November, 2019. This time there were 139 charges and the number of victims had risen to forty. Perrett was wheeled into Court in a wheelchair. The 82 year old looked frail. He was so deaf he had to use a hearing loop in the courtroom. He pleaded not guilty to all charges. A full trial will waste up to twelve weeks of the court’s time and force all of his victims to suffer the trauma of cross examination in the witness box.