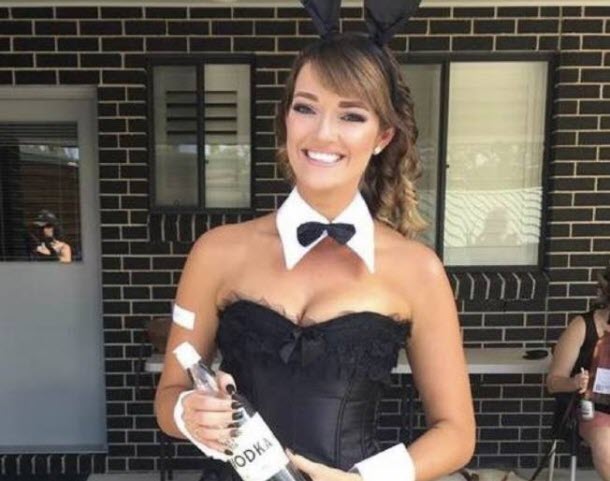 Image and information sourced from the Newcastle Herald.

A 26-year-old teacher has been jailed in the Hunter after grooming and abusing her 14-year-old student. The abuse started in term four of 2018 at Hunter High. It lasted until the summer holidays of 2019.

The PE teacher, Katie Smith, blurred the lines between teacher and student when she added the teenager on Snapchat in 2018. Within a week, their conversation had turned sexual and she started sending the teen explicit images of herself.

Smith later organised to meet the 14-year-old in classrooms to kiss and abuse him. She exposed her breasts and fondled his genitals through his pants.

She also organised to meet the teen in the school holidays. The boy rode his bike to a local park where the two kissed and she fondled his genitals once again.

In September 2020, Smith sobbed in court as she pleaded guilty to grooming a child for unlawful sexual activity, indecent assault of a person under the age of 16, and intentionally sexually touching a child between the ages of 10 and 16-years-old. The charges hold a maximum of 10 years in prison.

Smith was not entitled to be sentenced to an intensive corrections order, which means she could have either been jailed or received the equivalent of a good behaviour bond.

In court, DPP Trial Advocate Kristy Mulley pushed for jail term. She emphasised the grooming was intentional and occurred over a significant period of time. It could not have been spontaneous or impulsive.

Ms Mulley also noted there was a “certain level of deceit” by using Snapchat to groom the boy. Any photos or videos sent to the boy would have disappeared within seconds.

Smith also “demonstrated a certain amount of psychological coercion” by encouraging the boy to delete any other photos or videos he had off his phone so they wouldn’t get in trouble.

Ms Mulley told the court the power imbalance between Smith and her student was significant and the judge should not be lenient on her just because she’s a female teacher.

“Any proposition that the power dynamics are less significant when it’s a female teacher should be rejected,” Ms Mulley told Judge Kara Shead.

“The community does not tolerate teachers of either gender having sexual relationships with students.”

The teacher’s defense lawyer suggested there were alternatives to a jail sentence because Smith was undergoing treatment, felt remorse, and had lost her career in teaching.

“The community would be better served if the offender was able to continue with her treatment and therefore she would be less likely to re-offend,” her lawyer said.

“It is a long way from the worst case of indecent assault or sexual touching, in my submission.”

However, Judge Shead disagreed. Judge Shead said Smith had manipulated her student and exploited his vulnerability, then deflected the blame onto the boy after she was arrested.

Smith was sentenced to three years and 10 months with a non-parole period of two years and three months. She will be eligible for release in December 2022.

Smith took advantage of an innocent teenage boy. He was her student. The thought of starting a sexual relationship with him should never have even crossed her mind. He was a child – he didn’t know any better.