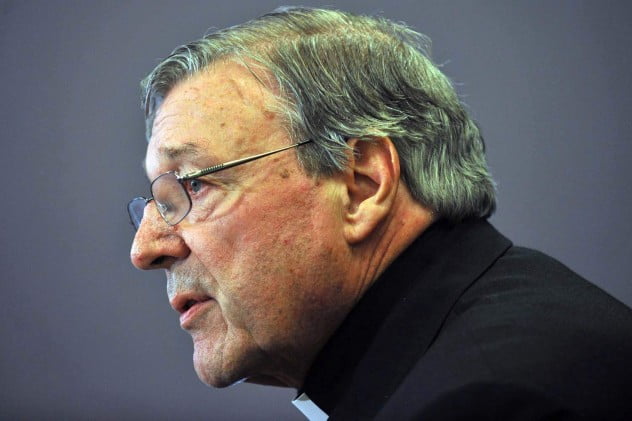 Cardinal George Pell was appointed the Vatican’s financial chief in 2014. Pell previously served as the eighth Archbishop of Sydney from 2001 to 2014, and the archbishop of the Archdiocese of Melbourne from 1996-2001. He became cardinal in 2003.

Pell was often perceived as the head of the Catholic Church in Australia, however, this was never the case. There is no one leader of the church here.

During his time with the Archdiocese of Melbourne, Pell devised the Melbourne Response. This was claimed to be an independent process that provided counselling and support to abuse victims, as well as capped, ‘ex gratia’ compensation payments (compensation without the church accepting any liability) to survivors.

Pell was also involved in the establishment of the Towards Healing process. Both responses have come in for harsh criticism at the Royal Commission into Institutional Responses to Child Sexual Abuse.

[breakout quote=”Pell welcomed the 2012 announcement that a Royal Commission would investigate institutional responses to child sexual abuse. However, he sparked controversy when stating that priests who heard confessions from child abusers would be bound by the seal of confession.”]

The Commission has heard evidence from David Ridsdale – who suffered years of abuse at the hands of his uncle, paedophile priest Gerald Ridsdale – that Pell tried to bribe him to remain silent about the abuse. Pell has denied this claim.

The Commission also found that Pell and the Sydney Archdiocese failed in their dealings with abuse survivor, John Ellis.

Ellis was abused when he was a teen in the late 1970s by Father Aidan Duggan. The church denied the abuse ever occurred and spent $1 million over 12 years fighting Ellis’ claim. Ellis lost the case on a technicality in the NSW Court of Appeal, which ruled that the church could not be sued as a legal entity and held liable for abuse committed by a priest. The controversial ruling became known as the ‘Ellis defence’.

Ellis eventually received $568,000 from the Church and, in a statement to the Royal Commission, Pell reversed his support of the defence.

The Cardinal Pell Royal Commission appearance was scheduled for December 2015, but Pell was unable to travel to Melbourne from Rome due to a heart condition.

In 2016 Victorian Police investigated claims that Pell had sexually abused children in events spanning two decades. He was officially charged in 2017.

In December 2018 George Pell was convicted with five cases of child sexual assault. His sentencing hearing occurred in March 2019, with an official sentence of six years.

On the 7th April 2020 George Pell had his High Court appeal hearing, where the bench unanimously decided to overturn his conviction as they ruled there is a significant possibility that an innocent person had been convicted because the evidence did not establish guilt to the requisite standard of proof. He was in jail for 400 days. 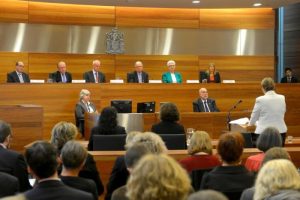 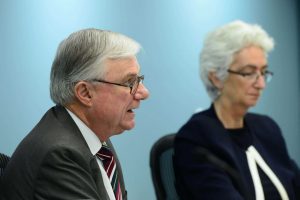