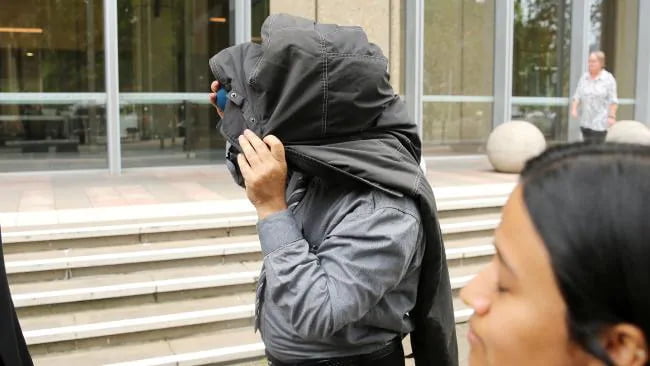 For many children, going to Scouts on a regular basis is a fun, wholesome activity, finding life-long friends and learning valuable life skills.

That is unless there is a paedophile in the ranks. Fun, worry-free camping trips with a Scout leader quickly moves from an exciting activity to a traumatic time that can never be forgotten.

Mario Aliverti was a Scout Leader in Western Sydney throughout the 1980s through to the early 2000s. He used this position of authority to groom young boys and go on to abuse them once he gained their trust.

He abused nine boys in the time he was volunteering with the Scouts, an organisation known for hiding allegations of abuse and moving their volunteers around to avoid being charged.

Aliverti was relentless and the damage he caused cannot be undone. In this article, we shine the spotlight on Aliverti and his crimes and share how he was brought to justice.

Aliverti assaulted six boys while he occupied leadership roles at a Scout group in southwest Sydney between 1985 and 1989. During this time, he had multiple opportunities to abuse the underage Scouts, causing extreme pain and trauma.

One boy, who was 12-years-old at the time of the abuse, was assaulted so violently he developed a friction burn on his penis. He was assaulted again a year later, sustaining another penis burn which bled after Aliverti invited him to build canoes in a Scout building and instead pushed him down and assaulted him while he cried.

The boy later tried to take his own life.

In 1990. Aliverti’s Scout membership was terminated when one of the boys told a teacher about what had happened to him. No charges were made at the time because a Scout commissioner told the boy’s parents to “think twice” because the police might charge them with neglect.

Because the Scout commissioner scared the boy’s parents into silence, Aliverti continued to abuse children after his Scout membership was terminated. Between 1990 and 2007, Aliverti had access to three other boys who he abused on a regular basis.

One of the boys was just 7-years-old at the time of the abuse.

The 7-year-old was pretending to be asleep in Aliverti’s bed when the paedophile decided to rub himself against the boy and put his mouth on him. In a police interview years later, Aliverti claimed the child moved towards him in the middle of the night and “when I woke up his penis was in my mouth“.

It wasn’t until 2016 that survivors reported the abuse to the police.

Aliverti was charged in 2016 with a total of 81 offences including gross indecency, sexual intercourse with a person aged between 10 and 15, assault and indecent assault of a person under 16.

He was granted bail on house arrest conditions. For 20 months, he was allowed to enjoy a life of comfort in his own home in spite of having committed horrific acts.

However, in 2018, further charges were laid against Aliverti from additional complainants and he was detained under instruction from the Crown.

Aliverti’s barrister told the Supreme Court that the allegations against his client were “historical in nature” and that he should be allowed to remain in the community. In response to Aliverti’s house arrest, the barrister claimed:

“It is correct to describe those conditions as, in effect, being under house arrest,” Mr Green said.

“This is a man who has had no previous criminal convictions. He’s never been in custody before.”

The Crown prosecutor argued Aliverti should have been refused bail because the allegations against him i.e. “a lifetime of sexually predatory behaviour towards young boys” made him a risk to the community and at risk of further offending.

“The alleged offending does paint a picture of a person who was offending for over two decades,” the prosecutor said.

“[Mr Aliverti] used any opportunity he could over those years to access and abuse young boys. What is alleged is systematic and repeated abuse.”

Justice David Davies said the case was “somewhat out of the ordinary” and, despite the seriousness of the allegations, he did not consider the community at risk of Aliverti.

“He stole my innocence, my dreams and my soul”: Aliverti jailed for 31 years after harrowing victim impact statements in court

In 2019, Aliverti pleaded guilty to 12 offences including sexual intercourse with a person under the age of 10, aggravated indecent assault and gross indecency.

In April 2020, NSW District Court Judge Jane Culver jailed Aliverti for a maximum of 31 years and 6 months with a non-parole period of 21 years. Six of his victims watched on as the sentence was delivered.

Several victims shared harrowing impact statements of the abuse and how it had impacted their lives for more than 30 years.

One of the survivors said he was “powerless to stop [the abuse]“.

“I want all of the memories erased,” the man said. “He stole my innocence, my dreams and my soul.”

Another survivor told the court he drinks heavily to help cope with the abuse. He also said he cries at random and lives with depression.

“Nothing has been more mentally scarring than being molested as a child by someone I trusted,” he said.

Judge Culver said the trauma from child sex abuse is very real and typically permeates “every aspect” of victims’ lives.

She said people assaulted as children can find it difficult to bring forward such confusing allegations “where they themselves somehow feel shamed although they deserve no sense of shame”.

Mario Aliverti showcases the absolute arrogance of a man who believed he could get away with sexually abusing boys at Scouts events, under the once-trusted Scouts banner, without ever facing the consequences. If it weren’t for the brave individuals who came forward with their complaints, Aliverti may never have faced justice.