The effects of sexual abuse are lasting and life-shattering.

Survivors must live with their abuse long after it’s over, suffering from depression, anxiousness, low self-esteem and even PTSD. These traumatised adults want to escape their horrendous memories, turning to drugs, self-harm and alcoholism to help them cope with the pain.

In Australia, one report of child abuse and neglect is reported every two minutes. Of these reports, 10% are sexual assaults.

Barry Watson ruined the lives of countless innocent children in the 1960’s and 70’s.

Watson was a youth leader for the Church of England Boys Society (CEBS) in Park Orchard. This was an Anglican Church sponsored club for boys, similar to the scouts. Parents in the area trusted Watson to take care of their sons. He was supposed to be reliable and approved by the Church.

Instead, he fondled boys between the ages of 9 and 13, had “sleepovers” with ten-year-old girls, and gave “medical examinations” while they were naked.

Watson was a disgusting man who took advantage of children. He stole their innocence and replaced it with a lifetime of struggle, mental health issues, substance abuse, and emotional turmoil.

Wonga Park resident, Susie*, went public with her ordeal in 2016. When Susie was 10, she was invited to attend a sleepover at Watson’s house with her friend.

Watson drew the girls a bath and made them stand naked in front of the tub until the water cooled down. Later that night, Watson put his hand up her night-dress and fondled her bottom.

Not long after, more survivors started to come forward. Dave* reported that Watson stripped him, towel dried him and mocked him at a CEBS canoe trip.

Dave, now a father-of-three, said he thought it was “strange” at the time. He feels empathy for Watson’s most troubled victims and hearing their stories encouraged him to speak out about his own.

The most profound effect Watson has had on his victims was that of Henry*.

Henry came forward to police after Watson was jailed in 2010. Henry was heavily medicated and unwell at the time, so he didn’t make a lot of sense.

Henry lived with his father in the 1980’s and attended St Anne’s Primary School. He spent his afternoons playing sport with his step brother at Domeney Reserve – under the supervision of Barry Watson.

Henry remembers ten instances of abuse throughout the 1980’s.

“The first time was when we had been playing on the oval, and I fell over and got muddy,” Henry said.

“When I got back to the changeroom he pulled down my pants and pretended to wipe the mud off me. He fondled (my penis).”

The abuse continued for months. Watson would often pretend to medically examine Henry and fondled him while they were watching the wrestling on television.

Once, Watson lined up all the CEBS boys in the church hall, naked, with the lights off and penetrated some of them.

Henry went to live with his mum but the damage had already been done. Henry started abusing alcohol and when he finished high school, he started using heroin and ice.

He suffered from terrible PTSD and couldn’t hold down a job. He had some work on a construction site but one of his co-workers was wearing shorts like a youth leader and Henry couldn’t handle the flashbacks.

Henry now lives alone and is unable to work. He claims that Watson ruined his life – he should be married with kids and working a stable job. Instead, he sits at home alone chain-smoking cigarettes and sleeps with the light on all night.

Watson was convicted of his crimes in 2013. In 2016, he was up for parole. Henry has no idea whether Watson is back on the streets, spreading his vile presence amongst society.

If Watson has been released then he only spent three years in prison for his crimes against multiple children.

This is not good enough. Punishments for people like Watson need to be appropriate for the crimes they committed.

*Henry, Dave and Susie’s real names have been left out to maintain their privacy. 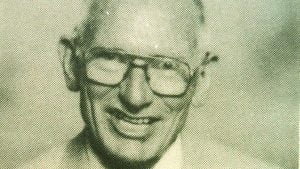