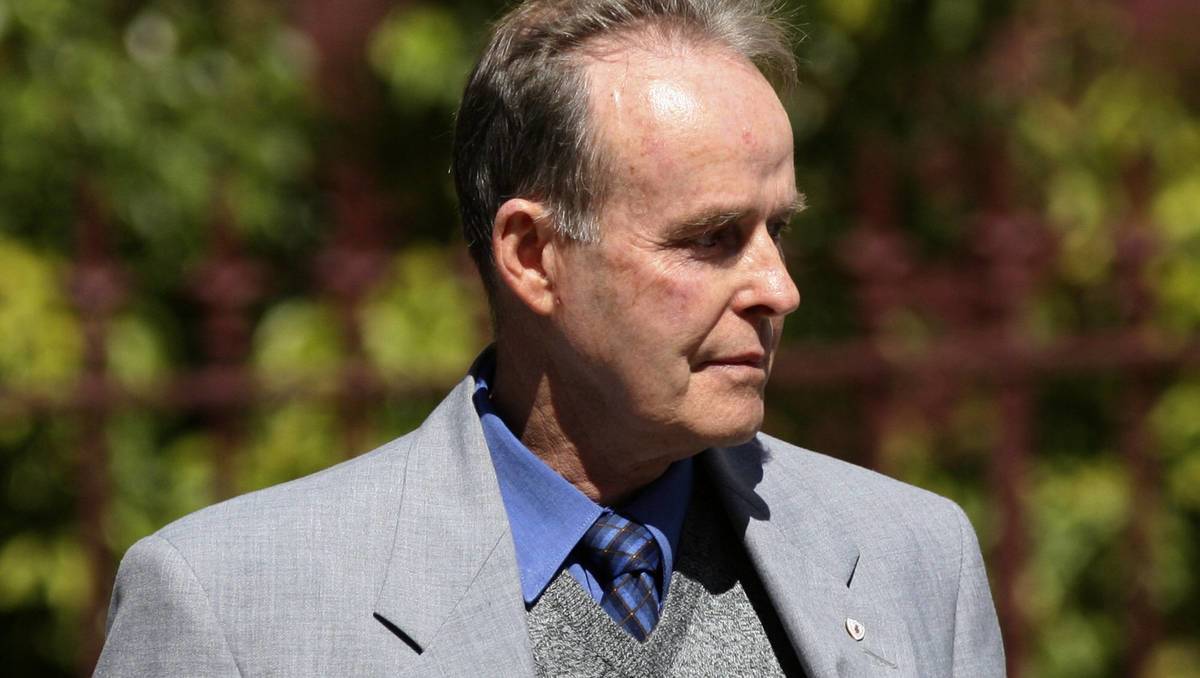 Father Tom Brennan was the principal of St Pius X College, Adamstown in the 1970s.

Throughout his career, he covered up the crimes of paedophile priests and teachers. He also committed atrocities himself, sexually assaulting multiple underage boys and ruining their lives before even hitting high school.

In 2012, Brennan was charged with concealing child sexual abuse and abusing children himself – including an eight-year-old boy. But Brennan had cancer and died just weeks after being charged.

On his deathbed, Father Jim Saunders asked Brennan if he held anger or bitterness “towards life and towards some people”.

According to Father Saunders, Brennan’s answer was “no”.

He felt no remorse for his crimes. He felt no anger or disgust towards priests who abused children. Instead, he chose to protect them.

He chose to protect the church and his own perverted sexual preference for children.

However, this is no surprise coming from St Pius X College. This school has been described in the media as a breeding ground of sadism and abuse. Since opening in 1959, 11 former students have committed suicide or suffered a drug overdose attempting to cope with their pain.

Former student and now the Sun Herald’s assistant editor, David Knox, revealed just some of the abuse that occurred at the school. According to David, eight students complained to the principal after witnessing a teacher cane a classmate so hard he fell to the ground.

The complaints were ignored.

The religious brothers and priests used the cane often and with great force.

David described the abuse at the school as “unspeakable horror”.

Brennan joined the college staff in 1963. He managed and worked with the other priests including serial paedophile, John Denham.

Denham taught at St Pius X from 1975 to 1980. During this period, Denham sexually abused more than 50 children from the age of five. In 2015, Denham was sentenced to a minimum of 19 years and five months’ jail for his crimes against boys.

According to Judge Helen Syme, Denham “had authority to call students to his office at will and sometimes also called them to his private quarters” where the children were molested.

In regards to Denham’s crimes, Brennan claimed he had no knowledge of the offences and submitted a false statement to police on Denham’s behalf. In 2009, evidence revealed this statement was untrue and Brennan had received multiple reports of Denham’s offences.

There has been speculation Brennan concealed Denham’s abusive behaviour because Brennan and fellow priest, Patrick Helferty, were “lifetime lovers” and Denham was threatening to oust their homosexual relationship – a criminal offence in Australia in the 1970s.

In 2018, it was revealed Brennan also abused students at St Pius X.

James Miller is one of Brennan’s highest profile victims. James was transferred from Belmont High to St Pius X in 1978. He claims he experienced abuse from the moment he walked through the door – Brennan caned James on his first day of school and Helferty watched on, laughing.

However, this was just the beginning for James.

James has since released a book called “The Priests”. In his book, James details the abuse he experienced and how the priest told him penetration was “normal between men” but it had to be kept a secret.

“I washed out my mouth from a tap at the side of the building. I was revolted by the taste of Brennan’s tongue, the smell of his breath and a lingering sense of his arms about me. I came close to throwing up,” James wrote.

“Brennan abused me because he enjoyed it. He took pleasure from it. It was pure indulgence in which I was a mere object. Everything about his attitude said he believed he was entitled to behave as he did.”

Even worse, it wasn’t until 2018 the Catholic Church acknowledged Brennan was a paedophile and apologised to James.

“As a Catholic priest, I feel great shame that an ordained priest of the Diocese chose to inflict his sexual desires upon you,” Bishop Write wrote.

“Brennan and all those who harmed children fundamentally betrayed their vocation. I am sorry.”

For some victims of sexual abuse at St Pius X, it’s too little, too late.

However, it’s not too late to achieve justice for those still with us. If you have been a victim of sexual abuse at a school, church, Children’s Home or in foster care, we can help achieve compensation for your lifetime of pain and emotional suffering.