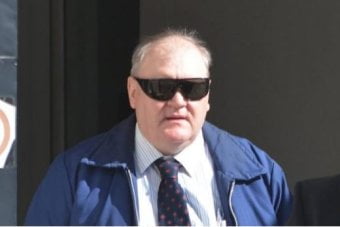 Father John Joseph Farrell was a practising Catholic priest in North West NSW and Sydney over the 1980’s and 90’s.

In 2016 he was sentenced to a total of 29 years imprisonment with non-parole period of 18 years.

The Royal Commission found that church authorities were opposed to his ordination in 1980, however, he was not stopped. This was just the beginning of a 30-year disaster for the Catholic Church.

The Catholic Church consistently covered up Farrell’s crimes. The church knew their reputation would be damaged if the case went public. This fear of a public relations disaster was enough for the church to act as a safe haven for a paedophile.

Farrell threatened his victims – he even told one victim he would murder the boy’s family if he disclosed the abuse to anyone.

He abused his position of power as a priest to get time alone with children and sometimes abused victims with relatives just metres away.

In 1992, Farrell confessed his sickening actions to his seniors – but was simply relocated from parish to parish. A psychiatrist found Farrell posed a risk to children, and yet the church chose to do nothing.

In 1983 he was removed from the Moree parish because of his ongoing assaults of altar boys.

In 1988 Farrell was charged with the sexual assault of a young boy – Damian Jurd. The magistrate had connections with the Catholic Church and managed to dismiss the case.

The church allowed Farrell to continue working throughout Tamworth and Armidale after the sexual assault charge.

In 1988, Farrell was also accused of sexually assaulting a 15-year-old girl. This case was dealt with by the church’s ‘Toward Healing’ protocols and later dismissed by a magistrate in 1999 after a two-day hearing.

Farrell was moved all over NSW and allowed to participate in various parishes (even though he was not officially working). His sickening reputation meant he was shunted to another location as soon as a new congregation learned of his history.

Farrell stayed as a guest in many priest’s houses – many of whom were later convicted of child sex offences.

He was allowed to return to Armidale in 1992 (after being in West Sydney) – though he was not given the title of the official priest in the parish because he was seen as a liability to the church’s reputation.

Two of Farrell’s victims – Daniel Powell and Damian Jurd both committed suicide after struggling with ongoing mental health issues as a result of their assault.

Neither of these young men would ever see Farrell face justice. 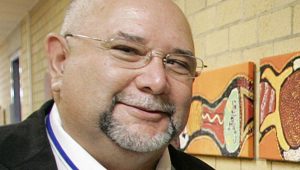