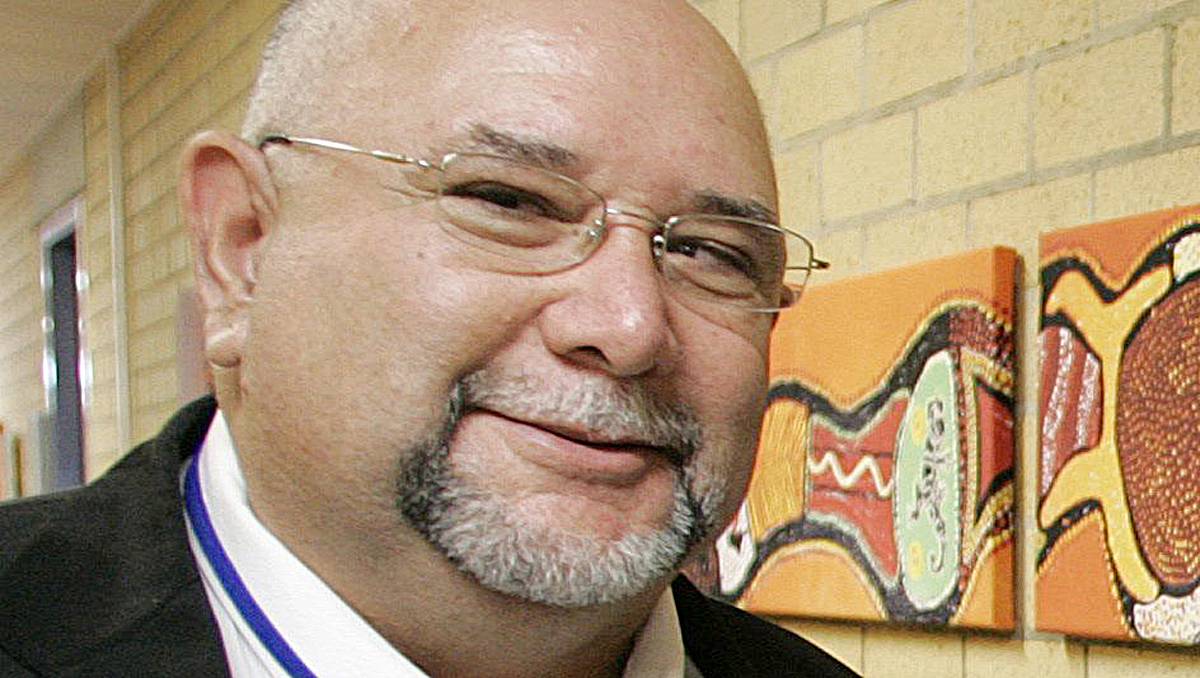 How a man like Steven Larkins was ever allowed to work with children is astounding.

Larkins was a Scout Leader and the Chief Executive of the Hunter Aboriginal Children’s Services (HACS) in the 1990s and early 2000s. He worked with children for 15 years.

Through HACS, he was supposed to protect ‘at risk’ indigenous children and place them with kinship families. As a Scout Leader, he was meant to mentor and teach children valuable life and survival skills. Parents expected that Larkins was a trusted role model.

Instead, Larkins used his position to abuse scores of children.

He used his position as head of the HACS to falsify a Working With Children Check.

Larkins was slimy and manipulative. He knew how to slip through the cracks unnoticed. He stopped at nothing — even lying to the government — to continue working with children.

He knew exactly what he had to do to maintain his sick, perverted lifestyle.

In this article, we expose Larkins’ crimes and explain how — finally — he was brought to justice.

Larkins grew up in Stockton, Newcastle, and was an active member of Scouts NSW in his childhood. At the age of 24, Larkins became a Scout Leader at the First Stockton Scout Troop in Newcastle.

Two years after becoming a Scout Leader, Larkins abused a 12-year-old boy who was staying over at Larkins’ house. The Scout — known only as AA in the Royal Commission’s investigation — didn’t tell anyone about the abuse because he felt “belittled, dirty, wrong and confused”.

Soon after, Larkins was caught sleeping in a young boy’s tent on a Scouts trip. Larkins was reported and he was stood down from the First Stockton Scout Troop. However, he immediately joined the Raymond Terrace scouts and eventually became the Hunter’s district leader.

Larkins reign should have ended at the First Stockton Scout Troop. Scouts NSW knew he had an inappropriate relationship with the young boys in his troop.

Being stood down was ineffective and lazy — so Larkins was allowed to continue abusing young boys around the Hunter.

In 1997, a fellow Scout Leader, Armand Hoitink, saw Larkins buying lollies for children outside Stockton Swimming Pool. Armand thought Larkins’ conduct was odd and reported him to both Scouts NSW and the police.

Larkins was given an official warning by Scouts NSW and the police said they’d “keep an eye” on Larkins. Armand, on the other hand, was told by his superiors that he should have told Scouts NSW before the police.

“It was all about protecting Scouts,” Armand said.

Larkins was suspended from “face-to-face” scout activities. His official warning was spread throughout Scouts NSW via word-of-mouth.

It was not properly recorded.

The same year, Larkins sexually assaulted an 11-year-old Scout who was, again, staying over at Larkins’ house for a scout activity. Known only as AC in the Royal Commission’s investigation, AC was “petrified as to what was happening” and didn’t tell his mother because he thought he would get in trouble.

AC’s mother eventually found out about the abuse and reported Larkins to the police, triggering the first official investigation into Larkins.

In 2000, Larkins became the principal officer for HACS, an agency designed to help young people who had been removed from their parents.

Between 2000 and 2001, Larkins was allowed to care for six children in his own home. He was granted permission by the NSW Department of Community Services (DoCS) and the NSW Children’s Court.

In 2003, Larkins applied for his Working With Children Check through DoCS. In the screening process, DoCS found a CrimTrac record for a charge of aggravated indecent assault. The matter was never taken to court and Larkins claimed he was not the offender in the case, so DoCS suggested Larkins ask the police to remove the record.

Larkins never responded. Instead, he reapplied with false documents in 2004.

Due to a lack of clarity and communication between HACS and DoCS, Larkins managed to trick DoCS, the Commission for Children and Young People and HACS.

Additionally, Larkins’ cousin, Jacqueline Henderson, became the chairperson of HACS’ management committee. She heard rumours about Larkins and that he had “interfered with a couple of boys in Scouts”.

Jacqueline approached Larkins about the rumours a couple of times. Larkins became aggressive and threatened to take legal action, so she dropped it. The Royal Commission was told Larkins was a big, beastly man who was feared by staff. He would shout and bluster so that others would simply back down.

Nobody had the courage to challenge him.

He wasn’t stopped until 2011 when a HACC worker found a USB packed with child pornography. The USB belonged to Larkins. Karen Barwick, a special projects manager, was shown the USB and immediately reported Larkins to the police.

“I looked at the screen … and I saw files of pornographic pictures. I asked ‘whose is it?’ and was told they believed it was Steve Larkins’,” Karen said.

Larkins was arrested with 19 charges against him. According to District Court Judge Peter Berman, there were more than 40 pornographic videos on the USB.

“Some of them involved penetrative sex between boys of between the ages of 10 to 14 and most of the videos involved more than one child,” Judge Berman said.

“There were a large number of children who have been harmed in the production of the material.”

In August 2012, Larkins was convicted of four counts of possessing child pornography. He received an additional 12-months for forging his Working With Children Check.

In 2015, Larkins was jailed again. He was caught using two social media applications, Instagram and WeChat. This was in breach of his good behaviour bond. He also failed to report to the child protection register.

He spent 26 days in prison before appealing his sentence and he was allowed out on bail.

There were plenty of opportunities to stop Larkins from abusing more children. Time and time again, Larkins behaved inappropriately with young scouts. He had strange personal relationships with the children he cared for through HACS.

He should have been stopped – but now, Larkins walks free despite his clear inability to comply with his bond conditions and standard reporting to the child protection register post-conviction.

At Kelso Lawyers, we’re on your side. If you believe you’re a victim of institutional abuse via Scouts or otherwise, get in touch – we can help achieve compensation and retribution for your pain.