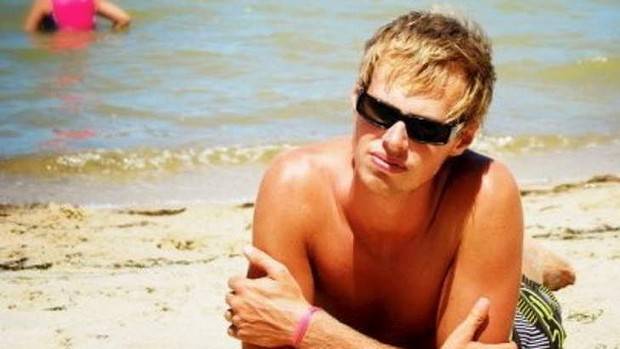 Devoted, hard working and a natural with children. To those who worked alongside him and to the children in his care Jonathan Lord was a model childcare worker. Beloved by parents and trusted by staff, he was seemingly a pillar of the Caringbah childcare community.

But Lord’s charming demeanor was nothing more than a ruse. A cold, calculated strategy to gain the trust of the children and adults around him so that he could abuse and terrorise children as young as 6 years old.

Lord groomed co-workers at the YMCA childcare centre where he worked in the Sydney suburb of Caringbah. In the two years it took for Lord’s actions to be brought to light, he caused serious harm to many children in his care.

In 2009 Lord applied to spend a summer working with children in the US through Sydney based agency Camp America, which places young Australians at US summer camps.

Despite an application which a former co-worker of Lord’s and later Camp America outbound manager, Erin Turner, would describe as “raising a number of issues” including listing irrelevant references and naming a seven year old boy as his “best friend”, Lord was placed as a camp counsellor.

It was at the camp that Lord’s inappropriate behaviour was first recorded, with the camp’s “situation log” stating in an entry dated July 8 2009 that “a fellow staff member found Lord in a cabin with the lights off and emerging from the bathroom with a boy”.

YMCA acted upon Lord’s suspicious behaviour, sending him straight back to Australia.

Grooming children, parents and the YMCA

After returning from the US he applied for a position at YMCA Caringbah saying on his application he wanted to work in a place “where there are no walls or boundaries“.

Lord worked at YMCA Caringbah in Sydney’s South for two years, starting the job aged 21. He came well recommended by another child care employee, his two references checked out and his working with children police check was all in order.

According to chief executive officer of the YMCA NSW, Phillip Hare, Lord “went above and beyond to help out parents” and would “go so far as to open the childcare centre for a parent who had to start work early”, even babysitting for parents.

But all this seemingly admirable “above and beyond” behaviour was nothing more than textbook grooming techniques by a young man Hare described as:

“An insidious and deceitful individual, who was grooming not only children and parents but the YMCA itself,” and who “gained the trust of the children, the parents and the fellow staff members to really get close to these children.”

“Looking back now, I definitely felt that he groomed me to gain my trust to not see anything that he was doing was inappropriate or suspicious.”

Lord would often babysit for children from the Caringbah centre, selflessly helping out single parents in a seemingly admirable display of professionalism. In reality, it was just another ruse for Lord to gain access to children, this time away from other adults.

One such child whom Lord babysat outside of his YMCA care between December 2010 and late 2011 revealed to his mother that Lord had touched him inappropriately.

When asked by his mother if Lord ever touched him “on the willy” the traumatised child said it happened every Saturday while he was in Lord’s care, after which he burst into tears, covered his head with his comfort blanket and said:

But the child’s mother had complete faith in the charming young man who the children in his care adored, parents trusted and co-workers respected.

But in October 2011 the facade of the caring, ‘extra-mile employee’ was shattered when Lord was arrested for the abuse of 12 boys in his care, some as young as 6 years old.

“The offender’s conduct overall demonstrates that he can be regarded as a predatory paedophile who is obsessed with obtaining sexual gratification from prepubescent males.”

Lord was sentenced on 18 January 2013 to 10 years imprisonment with a 6 year non-parole period. That was at a time when the Child Abuse Royal Commission was just getting started. These days the sentence would be much longer.

“I’ll break your legs if you tell anyone”

At the Royal Commission into Institutional Responses to Child Sexual Abuse one mother shared the confidences of her 6 year old son, who told her that Lord had told him “sick jokes” and shown him pornographic images.

The mother went on to reveal Lord’s sick methods of silencing his young victims, saying:

“He also told me Jonathan Lord had threatened to break his arms or legs if he ever told anyone about the inappropriate things that he used to say to the children.”

Lord’s former coworkers bear the shame and devastation of feeling like they let down the children in their care. One former teammate at Caringbah, Danielle Ockwell felt she had been betrayed by a close friend, weeping as she disclosed:

“I feel devastated and I blame myself every day,”

Danielle revealed that, in hindsight, there were red flags she should have reported including Lord often having children sit on his lap.

Displaying his truly predatory nature, Lord targeted a young boy with Asperger’s Syndrome, whose mother believes Lord saw him as a soft target due to his condition.

“Because he has Asperger’s,” she said. “I know that he often doesn’t play with the other children, but instead tends to hang around the teachers.”

Lord sexually abused the boy on a bus while the boy’s sister sat only one seat away from them.

The boy’s mother has noticed on multiple occasions when the song “YMCA” by the Village People is played, her son cowers, hides himself away and looks distressed.

Another mother claims her child’s skin has come out in a stress-related rash because of Lord, an affliction the child continues to suffer with.

Jonathan Lord, YMCA in the spotlight at royal commission

The Royal Commission into Institutional Responses to Child Secual Abuse examined the YMCA, which is NSW’s largest provider of pre- and post-school care with 11 000 children in it’s care weekly across 98 facilities under the care of 500 staff.

The Commission examined the YMCA’s recruitment, training and staff supervision policies and procedures along with the organisation’s respinses to child sexual abuse allegations of children in the YMCA’s care.

One childcare worker for the YMCA, Alicia Dellaca, told the Commision she was asked to familiarise herself with the company’s child protection policies in her spare time.

The YMCA accepted that during Lord’s time at Caringbah, 2009 to 2011, the staff were not sufficiently trained to recognise Lord’s grooming of children and co-workers.

“The implications for the outside school hours sector are that we are now actually producing more resources around grooming behaviour and we’re also being very vigilant in making sure families that families are aware of grooming behaviour.”

The network has made a grooming fact sheet available on its website in an attempt to raise awareness of the dangers of grooming.

The YMCA has banned staff from working as babysitters and eliminated one on one contact in cars between children and staff.

Despite the changes made in the wake of Lord’s arrest Mr Hare says the impact on all involved is devastating, with staff involved counselled “not to blame themselves”, saying:

“We’ve got staff who are struggling to comfort children that come to them distressed because it might be seen as grooming practices. So Jonathan’s impacts have been devastating.”

Lord’s actions have indeed left a lasting impact on the children in his care, his co-workers and the parents who trusted him to care for their precious little ones. His insidious grooming of the people around him made the pain and anguish all the worse as people who trusted and even cared for him were crushed in the worst possible way by his betrayal.