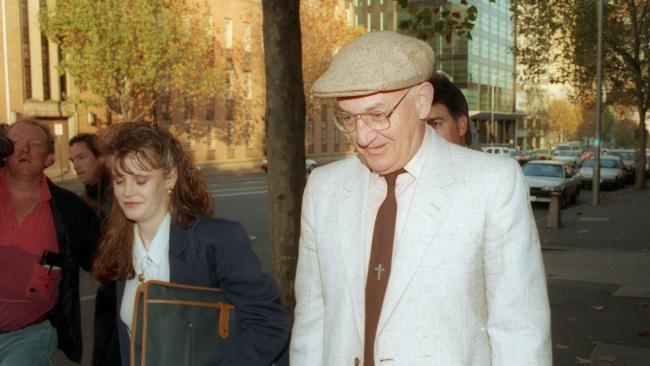 Australia’s most notorious paedophile priest Gerald Ridsdale has been sentenced on August 31st for abusing 12 children from the 1960’s and 80’s.

He is currently serving a 28-year sentence and was given another 11 years. His earliest possible parole date is 2022.

Ridsdale had easy access to children throughout his career as a priest. At one small school, it is alleged that he abused every single male student.

Many victims were told as they were being raped that Ridsdale’s actions were “part of God’s work”.

You can read here for more information about Gerald Ridsdale and the damage he inflicted on hundreds of children.

In September 2014, after only three weeks in foster care, Braxton Slager drowned in his foster parents’ pool.

The gate was broken.

And the agency responsible for ensuring foster homes are a safe environment gave the home a tick of approval.

The backyard was littered with rubbish, building materials, beer cans and an array of metal objects.

The yard was a death trap for a child, let alone one who was 22 months old. The police even stated the yard was dangerous for a child.

Once again the foster care system has let down a child who was a mere five days from being reunited with his father.

The Royal Commission has found the Navy failed in their duty of care. This is after The Commission heard hundreds of reports of junior recruits being abused while training at the facility.

The Royal Commission found victims were scared to come forward in fear of retribution or being discharged.

Impact statements revealed long term emotional trauma and in some cases physical injury due to the extent of the abuse. The Commission also heard evidence that the staff knew about the abuse, and allowed it to happen. In some cases, they participated.

Are you a victim of abuse from an institution or member of the clergy? Contact us today and see how Kelso Lawyers can help you.