Meet Peter Kelso, a lawyer who grew up in State care

I haven’t always talked openly about growing up as a ward of the State.

I kept it quiet for most of my life because I was ashamed.

But now, I think it’s important to tell my clients what I went through. When they hear my story it makes them feel safer in telling theirs. They seem reassured to learn that although I’m a lawyer, I’m not from a privileged background.

My childhood was one of beatings, anger, disapproval and loneliness. As a child, and for years of my adult life, I felt worthless and unlovable. I was convinced I was a bad person.

I was born in Geelong, Victoria, and am the second youngest of eight children.

We were very poor. My father left home when I was six months old and my mother gave me away when I was five.

It was 1962. I remember the big black car arriving. My two youngest brothers and I were given a bath, before being driven away by two men.

My welfare file explains that my mother had a new boyfriend who had left his wife and six children. My mother phoned the State welfare department and convinced them to take three of her boys off her hands.

I was separated from my two brothers and put into Winbin Depot, a home for young children in Sydney, while I was waiting for a foster placement.

I didn’t see anyone in my family for 17 years and I missed my brothers terribly.

Many times I asked where they were and whether I could see them. I promised myself that I would not forget their faces or their names and that when I was old enough, I would go looking for them.

I was fostered by a couple in Sydney who raised me as their only child. They physically and emotionally abused me.

I know what it is like to be beaten so hard and for so long that it feels like it will never stop. The only reason my foster mother ever stopped was that she was so physically exhausted she couldn’t carry on.

I was beaten so badly I planned to kill my foster parents. I plotted carefully how I would murder them, though I’m glad I never did.

I grew up thinking the abuse was my fault. When I left home at 22, I sat my foster parents down and apologised for ruining their lives.

My foster parents abused me emotionally too. My foster mother said I was nothing but a creature and one day, if I was ever good enough, I could change my surname to hers. I believed I was bad and I’d done something terrible. I longed for the day I would be worthy of her name.

I grew up thinking the abuse was my fault.

When I left home at 22, I sat my foster parents down and apologised for ruining their lives.

Once I left home, things started to improve.

I found my mother and my siblings in Newcastle after 17 years of us being apart. When we were reunited they were all crying. But I couldn’t cry – I hadn’t been able to from the age of 10. Crying had been beaten out of me.

It wasn’t until I went on a men’s retreat in 2005 that I cried for the first time.

I cry a fair bit now and I’m happy that I can do that. It feels good to be connected to my emotions again.

Growing up in foster care made me feel like I was different to everyone else and that’s something many of my clients can relate to.

I felt I was weird or unusual. It was overwhelming and I longed for the day I would be the same as everyone else. It seemed impossible that anyone could ever love me. 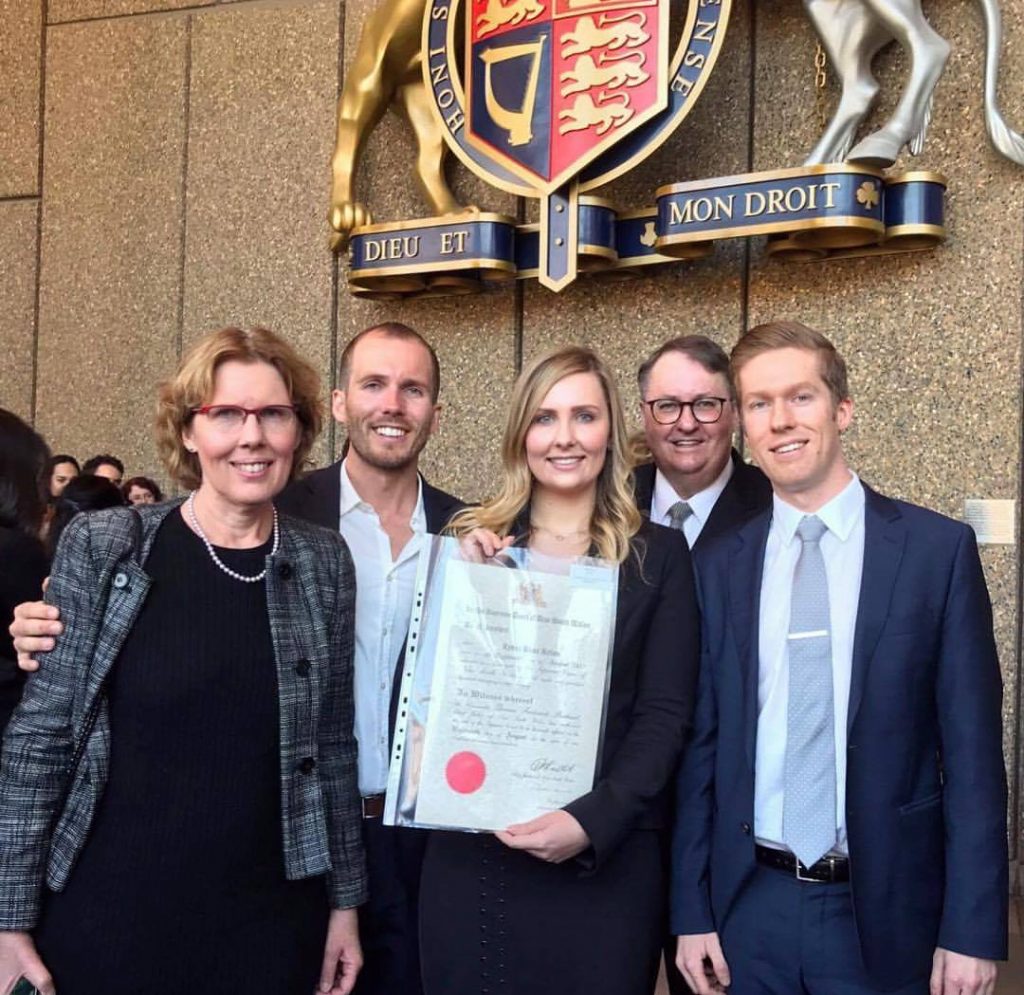 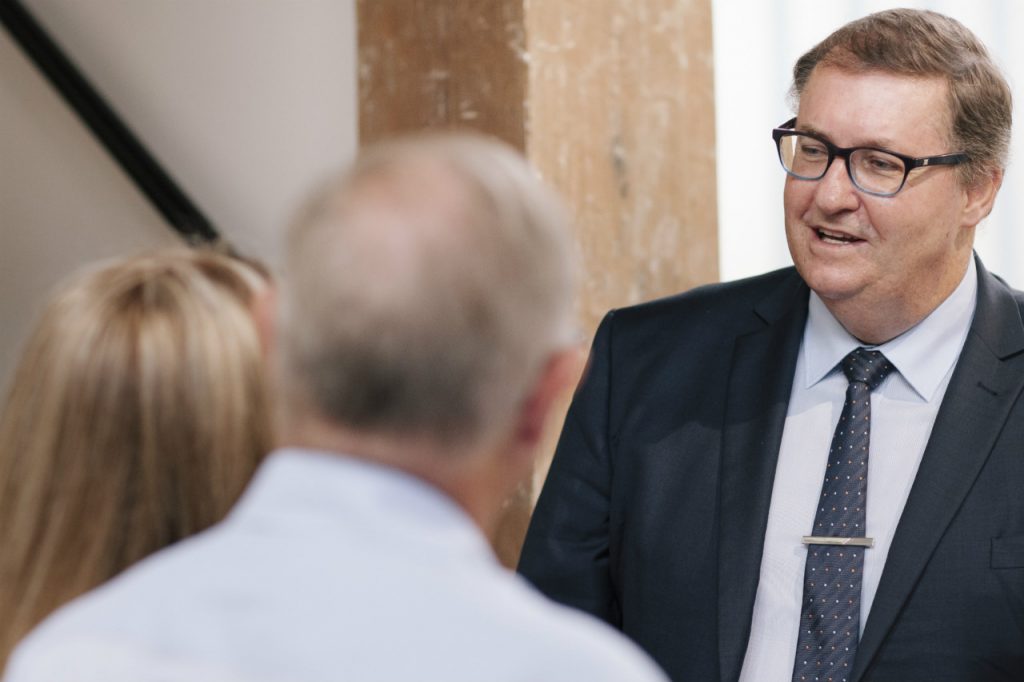 As a young man, I honestly believed that no one would want to marry me

But six years after the reunion with my family, I was married. My wife, Michelle, agreed to move from Sydney to Newcastle so I could be close to my brothers and sisters.

This was important to me because we had missed out on spending our childhoods together.

Michelle and I have four adult children and I see my siblings regularly. I go on road trips with them every year. I really enjoy long drives. They give you lots of time to talk.

Being fostered did give me the advantage of getting an education, which my brothers and sisters missed out on.

All of them left school at 14 years and 9 months, but I won a scholarship in Year 10 that enabled me to do the HSC.

My foster parents wouldn’t support me to go to uni, but I got a bank job and studied law at night. I didn’t think anything of it at the time, but I look back now and think, ‘How did I do that?’

As a lawyer, I represent victims of abuse who are making claims against churches, religious organisations, charities, State governments and other institutions.

These courageous people are helping to make sure that reforms are put in place, so that the abuse of children, in an institutional context, never happens again.

Most recently, I’ve been supporting people who were sexually abused as children. Some even told their stories to the Royal Commission into Institutional Responses to Child Sexual Abuse.

These courageous people are helping to make sure that reforms are put in place so that the abuse of children, in an institutional context, never happens again.

Many of these people have such a low opinion of themselves, they never dreamed they could make a difference.

I’ve sat at the bar table and watched the public gallery break out in applause, acknowledging the courage of Indigenous women, people who have lived in poverty and those who have battled a lifetime of mental illness.

Some of those people have never felt approved of, so to receive a standing ovation at the Royal Commission is amazing.

Giving evidence at the Royal Commission has helped many of my clients achieve a breakthrough in their life. So many victims have perpetrators living rent-free in their heads, but giving evidence has helped them to be set free from their memories.

This work has become my purpose in life. I am passionate about it. I know that when I take my last breath, I will have helped thousands of people to achieve what they needed, in order to start healing. There is a lot of personal joy and reward in that.