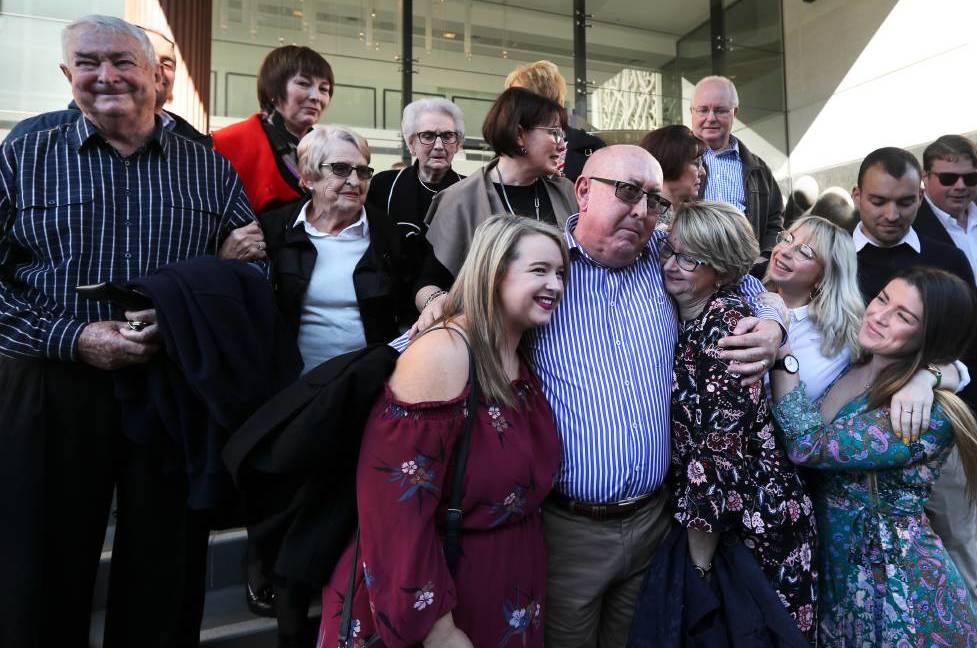 Peter Creigh, a survivor of child sexual abuse in the Newcastle Diocese, has achieved “vindication” after a highly critical report of former Archbishop Philip Wilson was released in September 2019.

The report had been confidential for five years prior to its release.

The report from Commissioner Margaret Cunneen tears down Wilson’s handling of child sex abuse allegations against Hunter Priests Denis McAlinden and Jim Fletcher, who abused Mr Creigh when he was a boy.

In March 2015, Wilson was charged with concealing child sexual abuse and Fletcher’s crimes. The conviction was overruled in December 2018 by Newcastle District Court Judge Roy Ellis.

Commissioner Cunneen said Wilson’s evidence was “improbable”, “implausible” and “unsatisfactory”, while also adding he had “failed as a moral leader” by not reporting allegations against McAlinden in 1987.

This is the first time Mr Creigh has spoken out about Wilson’s case in the media.

Mr Creigh said he was “gutted” when Wilson’s conviction was overruled but felt “vindication” when the report was released because it showed Wilson was “a man who knew a lot more than we imagined” about child sex allegations, especially against McAlinden.

“It wasn’t me taking on the church, because it was the state prosecuting Wilson, but I took it personally,” Mr Creigh said regarding the overruling in 2018.

“That’s why I put my name to it. I wanted people to know who I was, to give courage to other victims to come forward. It was a very low, disappointing time. I don’t think I’ve got over it. In fact, I know I haven’t. I still think about it constantly, and try not to beat myself up over it.”

Wilson is currently being treated for bowel cancer.

The Catholic Church has admitted to moving former Jesuit Brother Victor Higgs from Saint Ignatius’ College in Adelaide to the sister school in Sydney.

Higgs worked at Saint Ignatius’ College in the 1960s, 1970s and 1980s. He would use his position of power to abuse the students, taking them to his office to “talk” or provide “sexual education”.

He was moved from Adelaide to Riverview to be the boarding master. He would invite the Riverview Boys to his office and force them to undress or perform sexual acts.

The Former Victorian Chief Justice Marilyn Warren was appointed to undertake an independent review of the Catholic Church’s dealing of Victor Higgs in 2018.

“It is with much sadness and contrition that I acknowledge and apologise for our failings with respect to these events some 50 years ago,” Father McCoy said.

The Australian federal police team in Manila have noticed an “alarming shift” from more common “sex tourism” towards “convenient and low risk” online child abuse of children in the Philippines.

According to senior officer Andrew Perkins, Australian paedophiles are paying as little as $15 for children to perform sexual acts online via pay-per-view. Due to the similar time zones between Australia and the Philippines, poor children from struggling families can stream sexual acts live.

Sexual acts can also be customised to meet the viewer’s demands.

Perkins said Australian paedophiles have paid between $15 to $500 to access the streams. The price varies based on factors like the age of the victim, the number of victims, the number of viewers, and the nature of the abuse.

“Online child sexual exploitation is one of the most alarming forms of human trafficking in the Philippines,” Perkins said.

“Combating child exploitation within Australia and offshore is a key priority for the Australian federal police.”

“Providing the required proof or probable cause for authorities overseas to action intelligence provided by law enforcement is often difficult.”

The investigation is time-consuming and complicated. Paedophiles can protect their identities via encryptions and often don’t download or store the videos, so there’s often no hard evidence on Australian soil.

Peter Gerard Scully (known as “Australia’s worst paedophile”) ran an online child abuse ring in the Philippines. In 2018, he was found guilty of one count of human trafficking and five counts of rape.