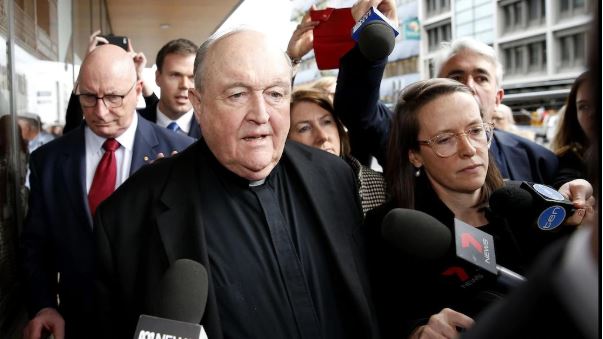 The Newcastle Local Court found the archbishop was told about child abuse in the church and the sexual misconduct of now-notorious paedophile priest, Jim Fletcher, as early as 1976.

The Magistrate said Wilson had failed to contact police regarding the allegations and has maintained his innocence, claiming he has no recollection of the child abuse complaints. Fletcher abused a minimum of nine children in the Hunter and was not charged until 2005.

Wilson was sentenced to 12 months in jail including six months home detention on the Central Coast.

But in 2018, the District Court was asked to consider whether prosecutors had proven beyond a reasonable doubt that Wilson had failed to report the allegations about Fletcher.

The judge ruled in Wilson’s favour and the conviction was quashed. Wilson is now a free man.

The Ellis Defence has been scrapped in New South Wales. The legal roadblock has stopped hundreds of institutional abuse victims from suing unincorporated organisations like the Catholic Church.

From January 2019, offending institutions will have to nominate a defendant with sufficient assets to fund survivor compensation claims. If no defendant is found, the court can appoint associated trustees who can get access to trusts.

The move comes from recommendations handed down by the Royal Commission into Institutional Responses to Child Sexual Abuse.

The Ellis Defence was created when John Ellis, a former altar-boy, tried to sue the Catholic Church in 2007. John’s abuser had died and there was no one left to sue, but the court found the church did not legally exist because the assets were hidden away in a trust and could not be sued for the crimes of the priest.

John is now celebrating the news.

“It really is a momentous day to have those changes finally commence.”

Roman Catholic bishops across the United States have released the names of more than 1,000 priests accused of child sexual abuse. The release has been called an “unprecedented public reckoning”.

The big reveal comes in the wake of the Pennsylvania Report. During the investigation, officials found more than 300 paedophile priests dating back seven decades. More than 1,000 children were abused and senior church officials covered up the abuse for almost a century.