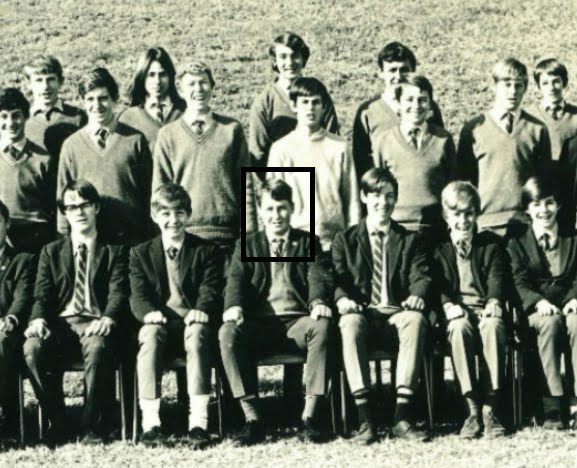 This is the second chapter of a series about my personal experiences of childhood abuse. If you haven’t already read Chapter One, catch up now and read – My brutal childhood as a State ward.

The physical abuse I suffered at the hands of my foster parents was not the only challenge I faced in my childhood.

The mental trauma was something else. My foster parents were masters at it. They were also the most married couple in the world and nothing I tried could divide them. They were on a mission together. It was them versus me. By the time I left home my hands were shaking. It was a miracle I was still standing.

Other kids had mums and dads. And theirs were so much younger than my foster parents.

I had to call my foster mother ‘Aunty’.

My foster father was bald and Aunty had this wavy silver hair which she had styled at Berliners Hair Salon each and every week. I felt embarrassed by their age whenever the rest of my classmates saw me with them.

I always wished I was the same as all the other kids at school. When there was a class excursion, the permission note always had a space for ‘Parent or Guardian’ to sign. Mine was signed as Guardian, always by Aunty. Most other kids wouldn’t have given this option a second thought. That word ‘Guardian’ followed me everywhere and reminded me I was different.

I remember the mortifying moment when one day in 5th Class the teacher questioned me about the name on my permission slip. Miss Gaunt, a stern woman, called out from her desk in front of the whole class:

I had to explain she was my foster mother while everyone was staring at me. Even the girls.

I can still feel the hot flush of shame that washed over me.

My primary school was Gladesville Public School. It was a ten-minute walk from home. The teachers were strict and the days seemed long and tough. But I still preferred school to being at home. That’s for sure.

There were more male teachers in primary schools during the 1960’s – I’m sure they were nearly all sadists. Mr Barnes used to walk around on playground duty with a shiny gold coffee mug in one hand and the cane in the other. Always on the prowl for boys to punish. He loved it. He’d tease you when he caned you across the hand. “Did that hurt?” He’d ask. If you said “no” he’d cane you again to make sure.

I was a regular chatterbox, so I was frequently getting the cane for talking in class. When I arrived home after school, Aunty would be waiting at the front door with the feather duster in one hand.

Her first words were always the same, delivered like clockwork:

“What did you do wrong today?”

I had no idea how she knew I’d got the cane that day. Next, she’d whip me across the legs with a bamboo handle until she tired with exhaustion. When I’d ask her later how she knew I’d been in trouble with the teacher, she’d explain that “a little bird told me.”

I believed every word she said. I literally believed the sparrows sitting outside on the power lines were her spies. Later I came to learn the school had phoned her up because I was a State ward. The mere label meant I was punished twice for everything.

Being a State ward carried a stigma. Foster kids were branded with that title like a prisoner with a number. It might as well have been tattooed on our foreheads.

You were expected to be troublesome.

Their way to deal with wards in those days was simple – hit them as hard and as often as possible.

I was an above average student at Gladesville Public. I was no genius, but I could take on the brightest of the girls for top place, especially in 5th and 6th Class. Thankfully, the other boys seemed more interested in sports.

The fight for first place in the Year was usually between me and a red-headed girl named Karen Moran. Aunty expected me to come first every time. If I didn’t, there’d be an inquiry. It was a lot of pressure to carry. I tried hard to impress her, but I can’t remember getting any compliments in return.

Back then, parents thought if you handed out praise, you risked giving the child a ‘swelled head’. Just when I was starting to feel confident, Aunty was quick to snap at me with the words,

“Who do you think you are? You came from the gutter. That’s where you came from.”

She was right, in a way. That’s what I thought.

I had started life in absolute poverty and I was abandoned by my mother.

I was fiercely determined to use every chance I had to rise up and make people proud of me. Aunty knew that. She used it to her advantage.

Outside the classroom, I had to struggle against Ross, the most popular boy in Gladesville. Ross had his own gang – they were the most aggressive boys in the Year.

Schoolwork wasn’t their strength, but they ruled the playground. Ross and his crew claimed the best spots for ‘king-pin’ games on the asphalt and they dominated class sports and activities.

My one and only physical talent was running backwards races. I beat Ross easily. He hated it and he’d tell the teacher I was a cheat. I loved to watch him go off.

I was one of the bigger kids. I somehow had the reputation of being able to fight. This wasn’t true, but I kept the legend alive – it protected me from Ross and his gang.

One day in 5th class I was hassled by Stanley Smith in the playground near the teacher’s car park. Stanley was fond of acting tough – the kind of kid you tried to avoid at all costs. A crowd gathered around hoping to see a fight. Stanley was a year younger but his father was the underworld gangster ‘Stan the Man’, so no age barrier was going to give me any confidence.

I lived in Gladesville, the home of Lennie McPherson (Mr Big) and Stan the Man, so facing off with young Stanley was a big deal.

I swung first at his head, meaning to just miss and give him a fright. But my aim was off target and I punched him hard, right on his left ear. It would have really stung. I thought this would make him mad but he turned and walked away.

He completely backed down.

You don’t see that very often.

I’ll never forget the day I punched Stan Smith – there was no more trouble after that. Recently I looked him up on Google. I was very saddened to read Stan Jr died when he was 22 from a heroin overdose.

High School is where I really found my feet. I liked Meadowbank Boys High. My teachers were good. In those six years, I won the NSW Senior Secondary Scholarship for my performance in the School Certificate. The Minister for Child Welfare sent me a letter of congratulations.

My District Officer told Aunty I was the only State ward in the Burwood District Office to be going on to do the Higher School Certificate. Hearing this made me realise I might be headed somewhere. Maybe Aunty was wrong about me after all.

These days I know for sure my childhood has prepared me to do things many people can’t do.

My education allowed me to achieve a lot in my life, an opportunity so many State wards didn’t have. There was a purpose to my experiences I’ll never completely understand. I’ll say more about this another day.

One thing I do know and appreciate – my upbringing has given me a story to share which might be able to help people who’ve had to experience something similar.

That’s why I’m so passionate about bringing justice to the victims of institutional abuse.

I’ve made this my life’s work.

I am actively challenging State governments to compensate victims of child abuse in foster homes. I’m using those qualities of resilience, determination, discipline and perseverance I developed in my school years to help those foster kids who were knocked down and didn’t get the education I had.

If you were abused in foster homes I’d like you to put your name on Peter’s List.

When we bring these institutions to justice, I will contact you about the next steps we need to take.

Continue on to part three. 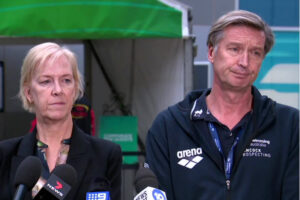 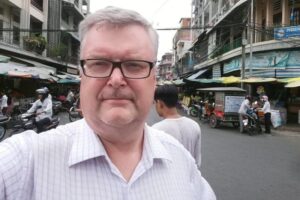 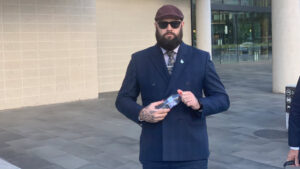