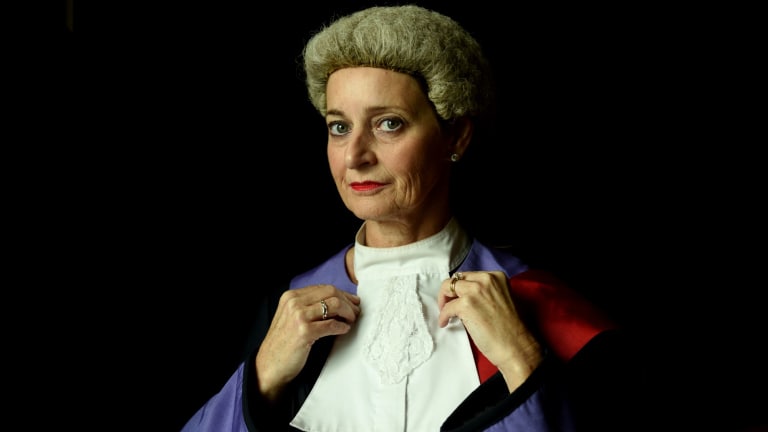 For too long, paedophiles with sob stories have gotten away with light jail sentences.

Thankfully, after the Royal Commission into Institutional Responses to Child Sexual Abuse, the courts have finally gotten the message – it doesn’t matter how old you are, a paedophile has still robbed a young child of their innocence. They deserve their punishment.

There are, of course, judges who have always appreciated the trauma caused to victims of child sexual abuse – one such judge is Kate Traill.

Traill has been an advocate for victims of sexual assault. In 2015, Judge Traill helped pioneer a pilot program aimed at trauma reduction for children in court hearings. Her ongoing work for victims of child sexual assault is a huge part of her career, from her days as a prosecutor to now as a District Court judge.

It should be no surprise to learn of her reaction when former Marist Brother Dominic O’Sullivan asked her for a reduced sentence.

Why did he ask for a reduced sentence?

Because a prisoner hit him over the head with a loaf of bread.

It sounds like a joke you would pull from a Christmas cracker at a family lunch.

Judge Traill sentenced the 80-year-old to a further eight years’ jail, with a minimum sentence of six years, for crimes against a further 15 students under new NSW laws allowing sentences to reflect current standards.

Brother Dominic attempted to cast himself a victim after the “assault”, stating this was evidence of the hardships he will face in jail.

The former Marist Brother has been changing his story time and time again, hoping to reach a sympathetic ear. But he drew the wrong judge. Judge Traill wasn’t having a bar of it. She sent him back to prison with a longer stretch to think about what he’d done. He’ll think twice before appealing again.

Judge Traill’s actions are a warning to other paedophiles who hope to have their sentences reduced because of their age, health or harsh treatment in jail.

It won’t happen in her courtroom.

In spite of pleading guilty to the charges, Brother Dominic said, “I absolutely deny to this court, to Her Honour, that I have ever indulged in that sort of behaviour in all of my life,” said O’Sullivan, after describing his fondling of boys’ genitals in the classroom, corridors and on a playground as “showing a paternal interest”, or behaving “in a kind of semi-affectionate manner to a number of my students”.

If you were abused by a Marist Brother in a school setting – talk to the team at Kelso Lawyers today. We can help you with your case.

Get in touch today for a confidential discussion.