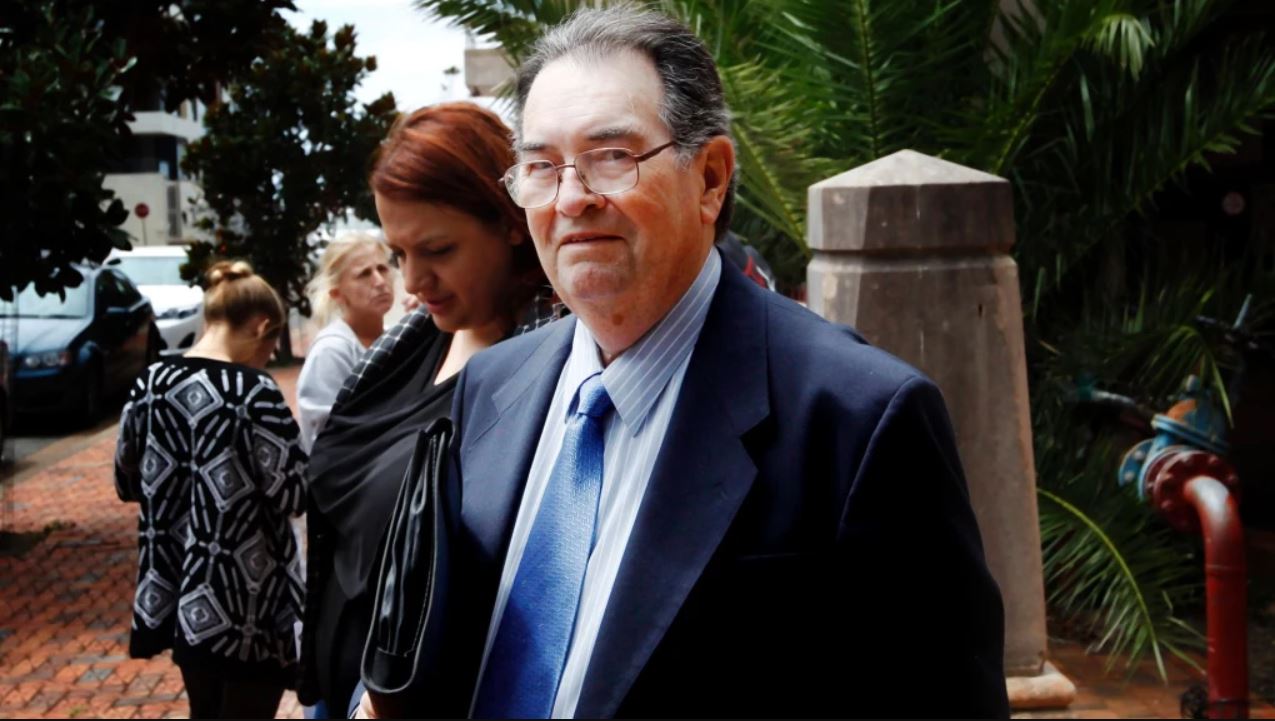 The Marist Brothers have a lot to answer for when it comes to Darcy O’Sullivan, otherwise known as Brother Dominic.

In the 1970s and 1980s, O’Sullivan taught at the Marist Brothers College in Hamilton, Newcastle, and St Mary’s High School in Casino, on the northeast coast of New South Wales.

In 1996, O’Sullivan was almost appointed the principal of the Marist Brothers College.

This is all in spite of the numerous child sexual abuse rumours and claims circling O’Sullivan at the time. In this article, we expose O’Sullivan’s horrific crimes and share how he was brought to justice.

Other Marist Brothers knew O’Sullivan was abusing his students

Brother Anthony Hunt — otherwise known as Brother Irenaeus — was Brother Superior of the Marist Brothers in Lismore in the mid-1980s. Like O’Sullivan, Brother Anthony was teaching primary and secondary students in the area.

At the time, the police were investigating another Marist Brother in Lismore, Brother Gregory Sutton. Sutton was a serial paedophile and had served 12 years in prison for 67 sex crimes committed against children. This included 23 instances of sexual intercourse, 46 indecent assaults, seven acts of indecency and one gross act of indecency.

Sutton had been extradited to Australia after fleeing to the United States.

In 1997, Brother Anthony came forward to police with a list of Marist Brothers who were working alongside Sutton in Lismore in the 1980s and O’Sullivan was on the list.

Throughout the 1970s and 1980s, O’Sullivan abused 27 students in Hamilton and Casino

O’Sullivan was in his thirties when he started abusing his students. He worked at the Marist Brothers College in Hamilton from 1971 to 1972 and abused more than a dozen students.

As he walked around the classroom teaching technical drawing, he would touch the boys and slide his hands up their shorts. He would become aggressive when the boys asked questions.

“He would begin to walk quietly around the classroom for most of the period, the time of danger. Brother Dominic had complete physical power over me,” a victim told Judge Kate Traill in the Sydney District Court in 2016.

“Brother Dominic presented as very confident and urbane but would quickly descend into a deep and barely suppressed anger.”

On other occasions, O’Sullivan would grope the genitals and buttocks of boys who were sent to his office for punishment, making them sit on his lap or bend over in front of him.

He would tell the boys they shouldn’t have been sent to his office in the first place and it was their fault they were being abused.

Another victim said the school was like a “smorgasbord” for O’Sullivan.

“He would take you out of the classroom into a storeroom and he’d just go for it. He’d do it on the veranda where anyone could see. He’d push you up against the wall and when he was finished he’d take you back in and take another boy out,” the victim said.

“It was like he had open slather. After what we heard at the royal commission, we now know that was true.”

O’Sullivan’s victims were from good Catholic families, so the boys were afraid to tell their parents about the abuse. One victim had the courage to tell his devout Catholic father about multiple instances of abuse and instead of going to the police, his father beat him with a torch.

Another student from the Hamilton school told the principal O’Sullivan had been touching him. The principal told the student O’Sullivan was just being friendly or it was an accident, then told the child to go back to class.

Many of O’Sullivan’s victims are now living with mental health issues.

One of his victims is now triggered by paper because O’Sullivan would touch students while they were doing their work in class, so he now hoards and has 20 years of mail tied up in bags.

Another student from Casino burnt his house down in a failed suicide attempt and told the Sydney District Court he’d experienced an intense mental breakdown at 19-years-old due to the abuse he experienced as a child.

In July 2013, O’Sullivan faced the Newcastle Local Court on eight charges involving four boys from the Marist Brothers College in Hamilton. News of O’Sullivan’s court case attracted more allegations and in 2014, additional charges were laid against O’Sullivan regarding a victim from Casino.

In March 2016, O’Sullivan pleaded guilty to all charges and was sentenced to a maximum of six years in prison for crimes against 12 students. However, two years later O’Sullivan did a complete backflip in the Sydney District Court. O’Sullivan showed a complete lack of empathy for his victims and denied ever touching them but instead claimed he had a “paternal interest” in them.

“I absolutely deny to this court, to her honour, that I have ever indulged in that sort of behaviour in all of my life,” O’Sullivan claimed before Sydney District Court Judge Kate Traill.

O’Sullivan also agreed he signed a statement of facts detailing his criminal acts against the victims but said “in my heart of hearts I don’t believe all of that happened.”

He also claimed to be “stressed and fearful” in prison because another inmate hit him with a loaf of bread. Judge Traill said this incident was “relatively minor” and sentenced him to another eight years in jail for crimes against a further 15 students.

O’Sullivan was allowed to slip through the cracks in the Marist Brothers school system.

Maitland-Newcastle Catholic Bishop Michael Malone received complaints within hours of the appointment and called the Order to cancel it.

The Commission also heard from multiple Marist Brothers who claimed Malone knew about the allegations and moved O’Sullivan to other parishes to avoid trouble. In a Marist Brothers provincial council meeting, Malone claimed:

“Brother Dominic O’Sullivan is unable to go to Hamilton next year because of health reasons. Discussion on the possible replacement for Brother Dominic took place.”

The commission decided Malone was attempting to hide the truth about O’Sullivan to protect the order. Malone claimed he had “no memory” of this, despite it being recorded in the council meeting minutes.

O’Sullivan was allowed to run rampant in New South Wales schools, even though the Marist Brothers knew full well what was going on.

O’Sullivan was allowed to traumatise and ruin the lives of scores of children and he wasn’t punished until he was in his autumn years. This kind of injustice cannot continue.