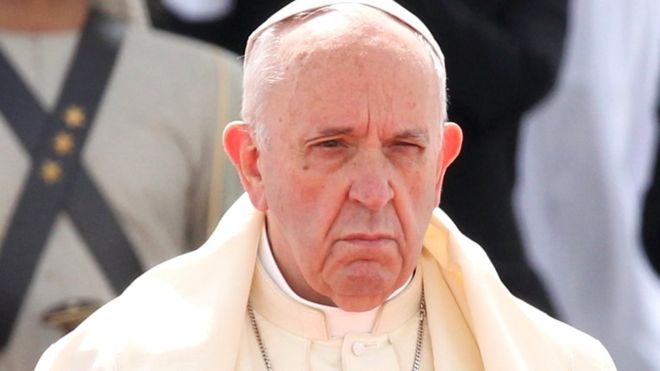 Pope Francis has revealed several nuns were being kept as sex slaves in the Community of St Jean in France. Catholic priests and bishops alike abused the women “in ways that went against chastity”.

Pope Benedict disbanded the congregation of nuns in 2005. However, Pope Francis has admitted this is “still going on” and the church is working towards ending the abuse.

Various nuns from all over the world have since come out and shared their stories of both spiritual and sexual abuse.

Dr Rocio Figueroa is a theologian and lecturer in Auckland, New Zealand. She has spoken about the abuse she experienced at the age of fifteen in a spiritual community in South America.

Dr Figueroa was assigned to the founder of the community. He started giving her personal lessons to develop “self-control over [her] sexuality”.

“He never raped me but he absolutely committed sexual abuse in my regard. The first time I realised that I was a victim of sexual abuse I was 40 years old,” Dr Figueroa said.

“The people I trusted, the ones representing God, were fake.”

German nun, Doris Wagner-Reisinger, abandoned religion in 2011 after experiencing severe abuse in her church. A member of her religious community would approach her and talk to her, but things quickly took a turn for the worse.

“He would hug me and, at some point, he just came into my room in the evening and started to undress me and rape me.”

“I had a severe faith crisis: my first impulse was to think that if I spoke out I would damage the church, so God wants me to be silent. It was unbearable.”

Anglican Archbishop, Roger Herft, is being investigated following complaints about his conduct when he was Bishop of Newcastle.

Herft appeared before the Royal Commission into Institutional Responses to Child Sexual Abuse in 2016. He admitted that by his inaction he had let down survivors of sexual abuse in Newcastle between 1993 and 2005. Herft’s preferred response to complaints was to do nothing. He now faces defrocking by the Anglican Church.

“I’ve become aware that the sacred trust that the people of this region placed upon me, I have let them down,” Herft said.

“I let them down badly. Let down the survivors in a way that remorse itself is a very poor emotion to express.”

During his time in Newcastle, Herft withheld crucial evidence from police regarding the actions of former Dean of Newcastle, Graeme Lawrence, who has been accused of sexually assaulting a fifteen-year-old boy.

Lawrence has been accused of covering up the despicable crimes of one of Australia’s most notorious paedophile priests, Father Peter Rushton.

The slow-moving National Redress Scheme has compensated just 51 survivors of child sexual abuse since its release on July 1st, 2018.

This is a terrible result compared to the 2,700 applications submitted and 60,000 eligible victims throughout Australia.

Around $4 million has been distributed among 51 survivors, averaging $78,400 each. The remaining claims could be stalled because the responsible institutions haven’t signed up to the scheme.

South Australia is the most recent state to sign up to the scheme. As of February, 2019, around 1,700 survivors from South Australia are expected to request compensation.

Other victims of abuse will have their claims knocked-back if they’ve spent more than five years in prison.

The NRS has also been secretly phoning up victims who have sought support from private solicitors. In one case speaking to a victim’s family who had no idea their loved one had been sexually abused as a child. This is a grotesque breach of trust – adding insult to injury.

Speak with a trusted solicitor before contacting the National Redress Scheme. We can achieve a better result for you and your loved ones.