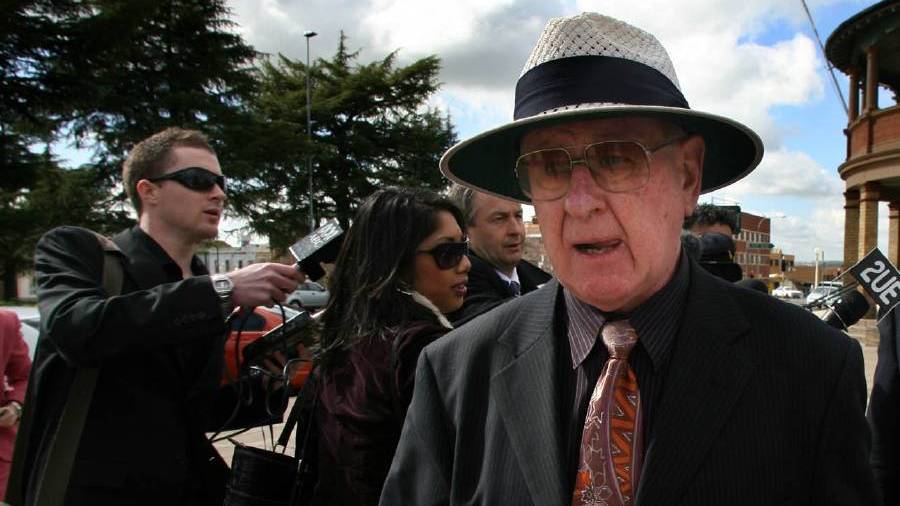 Stannies was founded in 1867 and has been the go-to boarding school for high school-aged children in New South Wales for decades… however, the school has a dark, disturbing past of paedophile teachers and priests abusing homesick students.

The boys missed their parents and turned to their teachers and priests for comfort.

The priests and staff took advantage of these emotional, lonely children.

More than 40 children were sexually abused between the 1970s and 1990s. The main culprit was a serial paedophile, Brian Joseph Spillane.

Spillane was a teacher, priest, and the head of discipline at St Stanislaus College. He achieved his priesthood in 1960 and in 1984, he became the school chaplain of Stannies, despite his sick, sexual interest in children.

According to his victims, Spillane used religious rituals, fake exorcisms, prayers and speaking in tongues as a ruse to sexually abuse the boys at Stannies.

One of the abuse survivors was subjected to an “exorcism” at 13-years-old while he was boarding at Stannies. In 2017, he told the court that his life has been “the embodiment of living hell” and has been diagnosed with chronic post-traumatic stress disorder.

“I’m dead inside. I look forward to the day I die,” he told the court.

The court also heard that during confession, Spillane invited children as young as eight to sit on his lap. He said it was his “pastoral approach to break down the barrier between the fearful God and the loving God.”

In 1981, Spillane took part in a Vincentian “renewal team” with the head of the Australian Vincentian Order. He travelled to parishes around Australia promoting Catholic teachings, giving him full access to girls as well as boys.

In 2010, three women came forward and pressed charges against Spillane. The women told the court how their families had welcomed him into their homes and he conducted Mass in their lounge rooms. He also abused the girls and would often turn up to their houses uninvited with gifts.

One of the girls was eight at the time of abuse.

Spillane was initially charged with 33 sexual abuse offences in 2008, including six counts of sexual intercourse with pupils from St Stanislaus’ College. In 2009, he was charged with another 113 offences.

For the girls, Spillane was convicted in November 2010 of nine counts of indecent assault. In 2012, he was sentenced to nine years jail with a non-parole period of five years but in 2015, he pleaded guilty to the assaults on four more boys at Stannies in the 1980s and, once again, was convicted in 2016.

He is currently serving 25 years imprisonment with a non-parole period of 16 years.

Spillane has caused a lifetime of pain and suffering for an astounding amount of people. His victims have gone on to experience ongoing emotional trauma like PTSD and depression, while others struggle to keep relationships and hold down jobs.

Spillane’s survivors managed to stand up against him. He has now been punished for his crimes and he will most likely die in a prison cell.