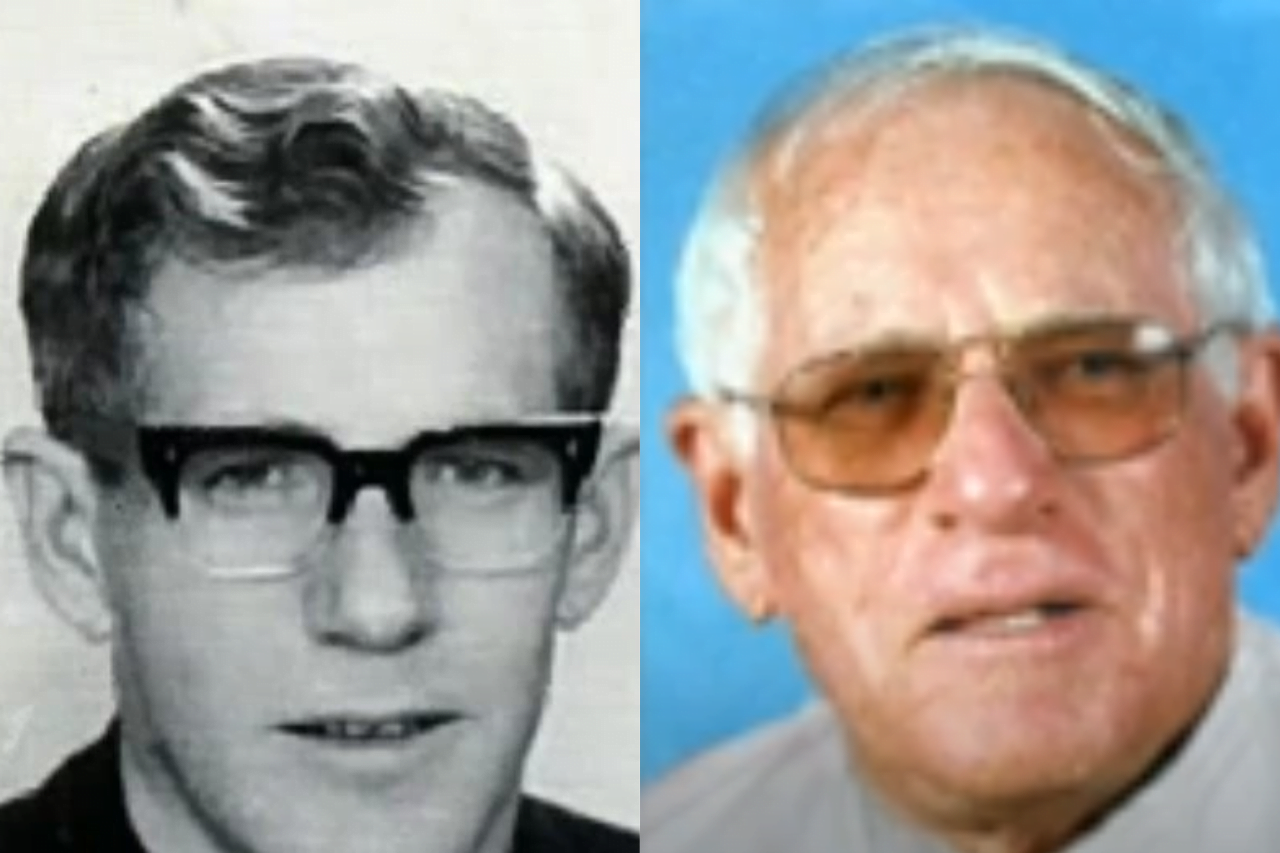 Following his death in 2009, David Bradbury of the Australian Labor Party posted a glowing tribute to Brother Richard on an online forum, stating “Brother Richard… will always be held in the highest esteem by those who knew him and served with him”.

“Brother Richard was a man of devotion and commitment. He was devoted to his God and committed to his sport and to shaping the minds of the young men he taught, coached and mentored,” Bradbury wrote.

But there’s a dark truth behind Brother Richard’s “commitment” to the boys he taught and coached at Patrician Brothers schools in the 1970s.

You won’t read about it online.

His crimes have been buried by the Catholic Church.

In this article, we aim to expose Brother Richard for what he really was.

John Doheny was born in Ireland in 1935.

He became a Patrician Brother in Ireland and was renamed “Brother Richard”.

For the following 52 years of his life, he lived and worked at Patrician Brothers schools in Fairfield, Blacktown, and Granville until his death in 2009.

He was a teacher, rugby league, and cricket coach.

Recently, one of our clients came forward and told us about his experience at Patrician Brothers Fairfield in the 1970s.

Our client started at Patrician Brothers Fairfield in 1973. At the time, Catholic Church schools were co-ed up until Year Four. From Year Five to Year 12, the students were segregated.

When our client was in Year Five, his teacher was Brother Richard. According to our client, Brother Richard would fondle the penises of Year Five boys at the back of the classroom. It was through the pants. He didn’t place his hands under their clothes.

This happened twice to our client.

The boys were terrified of Brother Richard and his aggressive, ever-watching hound.

The horrors of camping with Brother Richard

There was once a retreat site near Campbelltown where the school would take the children for camping excursions.

One night, Brother Richard had the boys line up naked outside to use the bush shower. He was standing at the shower to soap up the boys and refill the shower bag with a hose.

Brother Richard poked fun at our client. He made our client line up three times for a shower so he could gawk at his naked form.

Some of the other boys had their genitals soaped up and fondled by Brother Richard. Our client was lucky enough to avoid this.

Our client was just a child when this happened. He managed to stay at the school for 10 months before he ran away and finished his schooling elsewhere.

As we said, you won’t read about it online. Not in the expected places like social media, news websites, and published police reports.

Instead, our client’s experience has been corroborated via an online forum called Open Australia. Following MP David Bradbury’s tribute to Brother Richard on the forum, countless former Patrician Brothers students have commented and recounted the sexual abuse Brother Richard and his “flea-ridden” dog inflicted when they were children.

Here are just a few comments backing up our client’s statement.

Brother Richard was never punished for the crimes he committed against young boys at Patrician Brothers schools throughout New South Wales. These issues were never addressed.

He wasn’t even given a slap on the wrist.

At Kelso Lawyers, we fight against paedophiles and offending institutions who used their power to abuse innocent children. While the damage cannot be undone, we strive to achieve some peace of mind and compensation on your behalf. We’ll make the offending institution pay for what they’ve done.