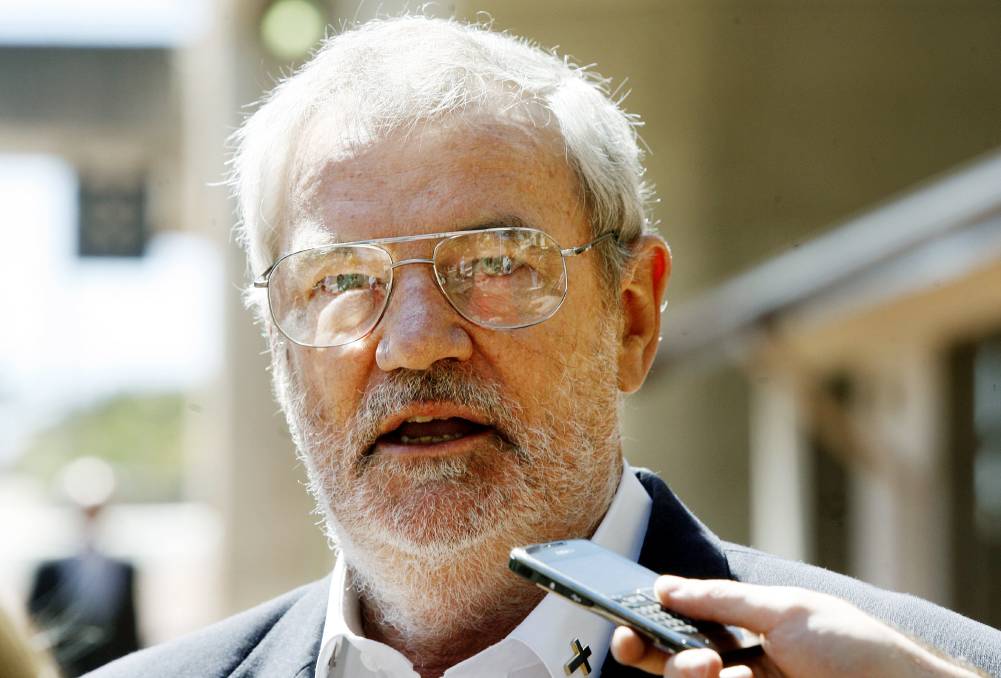 Father Peter Brock was once a respected member of the Newcastle and Maitland communities.

He was a Catholic priest within the Maitland-Newcastle Diocese. Thanks to his commitment to choral music, he was given a Masters Degree by the University of Newcastle in 1987, the Newton-John Award in 1989 and won the Order of Australia Medal for his services to choirs in the Hunter and the Catholic Church.

However, when the mighty fall — they fall hard.

In 2008, Brock was charged with 26 counts of child sex abuse. According to court documents, church investigations and accounts from his victims, Brock “engaged in a range and pattern of behaviours… constituted sexual misconduct by the NSW Ombudsman Act 1974” between 1968 and 1975.

His victims were twin brothers John and Paul Parmeter who were 13-years-old. According to a statement John submitted to the court in 2009, John and Paul’s parents, Ron and Yvonne Parmeter, had a close relationship with Brock.

Brock became a regular guest in the Parmeter home.

As well as providing musical tuition for the boys, Brock and Ron Parmeter became drinking and poker buddies.

In their statements, John and Paul said their private music lessons became increasingly sexual, turning into hugs and later, strip poker. The children were too afraid to tell their parents — Brock was Ron and Yvonne’s close friend, so the boys kept the abuse a secret.

“I could never at this time tell anyone that this had happened,” John told the police.

“I still believed this was my entire fault and I was the problem.”

John and Paul were teenagers. The brothers were scared and humiliated. There was no one to turn to in their time of need.

John was also abused by other men associated with Brock including dentist Ashley Jarrold. The dentist pleaded guilty to the child abuse allegations and served more than seven years for child sex and child pornography offences.

In 2007, John spoke to someone about the abuse. He confided in Helen Keevers, a child protection officer for the Maitland-Newcastle Diocese. Helen said she vomited beside her car after hearing the allegations.

“Brock had been a friend of mine and I was in complete shock, but had no doubt of the accuracy of the allegations,” Helen said.

John and Helen heard Brock was planning on returning to the area. He was planning to visit one of John’s relatives and looked forward to meeting his relatives’ young children.

John couldn’t bear the thought of the same abuse occurring to others, so he called the police.

“In his first phone call to the police, he was told that because the events occurred 30 years ago there was nothing they could do,” Helen said.

“I rang the sex crimes squad in Sydney the next day and lodged a complaint. Strike Force Georgiana was a result of that complaint.”

Despite later claiming his innocence, Brock sent John a letter of apology in 2007. In the letter, Brock made sure not to mention the phrase, “sexual abuse” but admitted to causing “pain and distress”.

“I acknowledge that my actions have caused you pain and distress, no matter how unwittingly or unintentionally on my part,” Brock wrote.

“I am ashamed and sorry for that, and offer this sincere apology. I hope this letter can help you on your journey.”

Court proceedings started in October 2008. During a recess in 2009, however, John’s emotional health was failing and he experienced a breakdown. Due to this, the Director of Public Prosecutions announced it was dropping the charges.

Instead, the church was obliged to complete an internal investigation.

In November 2010, Bishop Michael Malone submitted the outcome to the Ombudsman and announced in the Catholic newspaper “with considerable joy” that Father Brock would return to ministry “by his own choice” and initially would “focus his considerable talents on ministry to adults”.

This led parishioners to believe Brock had been cleared but this was far from the truth. In the church’s report, it confirmed Brock had an inappropriate relationship with the Parmeter brothers.

John and Paul were re-victimised and re-traumatised by the announcement. Brock’s reinstatement was rubbed in further in 2012 when he was given an executive promotion to the Catholic Bishops’ Conference as National Project Manager.

John and Paul requested a civil settlement from the Maitland-Newcastle Diocese and the Diocese provided an ex-gratia payout for each of the brothers, but they had to sign away their legal right to sue the church in future for additional damages.

At the time, this was a common tactic for the Catholic Church. The waiver minimises the amount of compensation a victim can claim.

The amount paid to the twins in this private settlement was larger than the average $30,000. However, Paul spoke out in 2014 and said “what I received is a drop in the ocean compared with what I’ve lost”.

Brock died in 2014 — two years into the Royal Commission into Institutional Responses to Child Sexual Abuse. He was never punished for his crimes and maintained his innocence until his death, despite sending a letter of apology to John in 2007.

His sister continues to believe her brother was falsely accused.

In 2018, Hunter survivor advocate Bob O’Toole urged the University of Newcastle to revoke Father Peter Brock’s honorary degree and University awards. The University has since confirmed Brock has been stripped of his degree and awards.

Bob said the decision was “groundbreaking”.

“It’s significant because it’s the university accepting that with all the evidence available to it, Peter Brock was not an appropriate person to have received these awards,” Bob said.

While the private settlement was a win, there are still many survivors of child sexual abuse who have not received justice. At Kelso Lawyers, we’re here to help achieve restoration, justice and compensation from institutions that employed sexual predators.