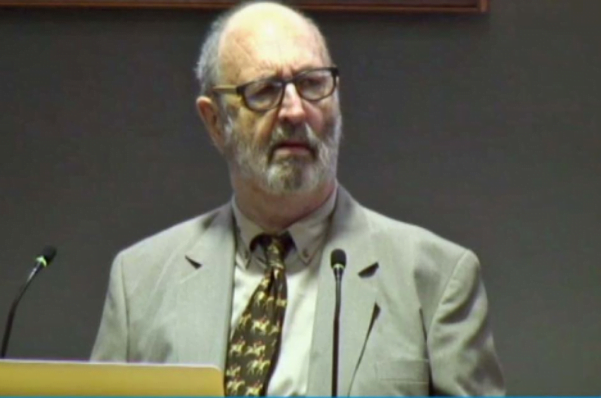 Convicted child sex offender and former Anglican priest, Garth Hawkins, abused seven vulnerable boys who were supposed to be ‘in his care’ over a ten year period between 1974 and 1984.

In 2003 the Tasmanian Supreme Court sentenced Hawkins to seven and a half years in jail for the atrocities he committed.

This paedophile priest abused several boys as he was deliberately moved from one Tasmanian parish to another throughout the 1970s and 1980s.

Hawkins was relocated multiple times by the Church to places like Devonport, Triabunna, and Burnie.

When whispers of his partiality to young boys would start to rise in the local area, the Church would step in to cover their tracks – swiftly whisking their paedophile priest off to the next unsuspecting community.

Instead of reporting Hawkins’s unconscionable acts to the authorities, the Church sought to protect their ‘public image’ and allowed the child sexual abuser to continue his crimes unabated.

Burnie has been at the centre of an unbelievable number of child abuse allegations involving the Church and young boys – going back over 30 years.

Hawkins modus operandi was similar to some other abusive Tasmanian priests. He groomed his innocent victims over time, using activities like spas, parties, and speedboat rides to isolate the boys from other adults and develop more opportunities to indulge his perversion.

Steven Fisher is one of Hawkins’ seven victims. During an interview with The Mercury in 2016, Steven revealed he was molested by Hawkins in a speedboat in the 1980s when he was just 13.

The deranged priest would also ply his young victims with alcohol to take advantage of them in their confused, intoxicated state.

During the legal proceedings, Justice Peter Underwood said Hawkins has caused “untold human suffering” to his victims – three who were aged 13, three aged 15, and one aged 17 years old.

Hawkins resigned from priesthood in 1988 and was only disrobed by the Church some 14 years later in 2002.

The former priest has since changed his name to Robin Goodfellow and has contributed to The Royal Commission into Institutional Responses to Child Sexual Abuse in Hobart.

Changing his name and providing information to the ongoing inquiry does not make Hawkins’ crimes any less heinous.

Allowing sexual abuse to happen causes emotional damage for the victims of evil men. That’s why you have to speak out.

Now is the time to share your story and capitalise on the momentum we have developed during the Royal Commission.