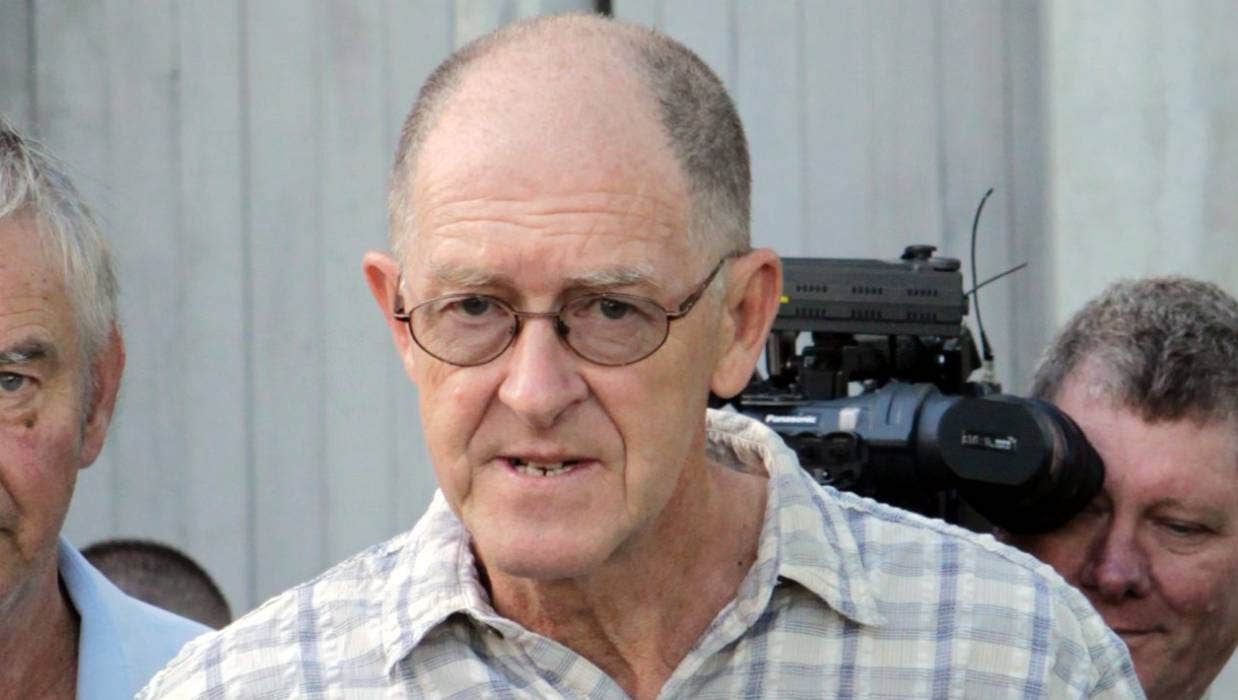 Brother Bernard Kevin McGrath may be one of the worst offending paedophiles in Australia and New Zealand. In fact, he is considered the most prolific offender in the notorious religious order, St John of God.

Around 40% of St John of God Brothers in Australia were sex offenders. Some estimates are as high as 70%.

After several court cases and convictions, McGrath will spend a grand total of 33 years behind bars and will likely never be released from prison in his lifetime. He was unrelenting and cruel — when parents questioned him about their children’s complaints, he said “kids make up stories”.

St John of God moved McGrath to Australia as part of the Catholic Church’s “geographic solution”. When complaints arose, he was simply moved and moved again.

In this article, we expose the horrific slew of events that led to McGrath’s final jailing.

McGrath had an “authoritarian” father who forced him into the priesthood 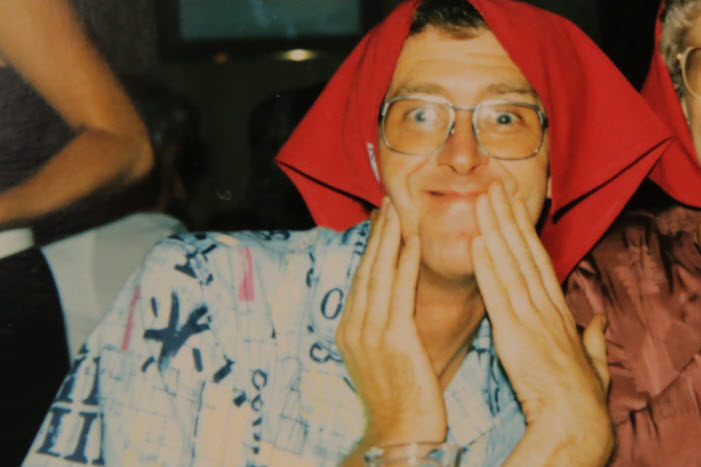 McGrath was born in 1947 and grew up in New Zealand. When he was 18-years-old, McGrath joined the St John of God, a Catholic religious order that was running residential institutions in both Australia and New Zealand. In a six-hour police interview with McGrath in 2003, he said he was bullied by an “authoritarian” father who forced him to join the St John of God Order.

His father had trained for the priesthood but ended up as a labourer.

McGrath was sent to the St John of God headquarters in Sydney to complete his training for the priesthood. In court, McGrath said one of the senior brothers there had a habit of making sexual advances towards the trainees. The sexual abuse McGrath suffered resembled the indecencies he later inflicted on boys in his custody.

After he finished his training, McGrath spent a year at the St John of God institution in Melbourne before being transferred back to New Zealand in 1974 to be a teacher and dormitory master at Marylands School.

Here, McGrath once again crossed paths with the senior brother who abused him in Sydney. The brother ensured that complaints of child sexual abuse were covered up at Marylands — later, the court was told that when boys complained, nothing was done and the boys were punished for complaining.

“I didn’t do anything because I’d played up myself, you know, so what do you do? How do you go and challenge someone when you’ve committed these sins,” McGrath said. 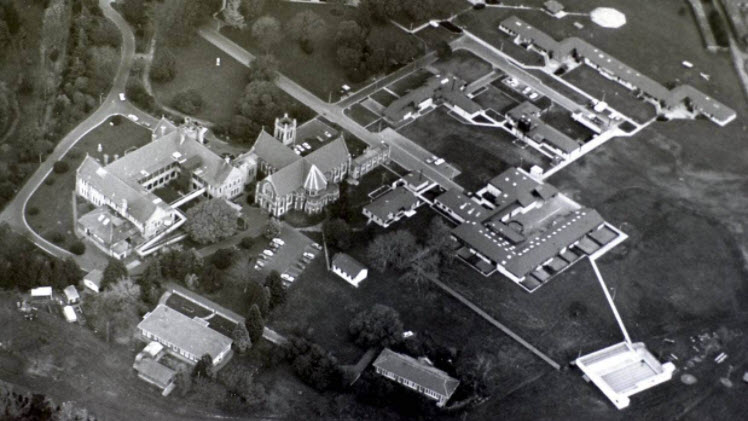 Marylands School was a residential institution for children with learning difficulties in Christchurch. It was opened in 1955 and run by the Brothers Hospitallers of St John of God. The school was connected to the St John of God Hospital — a connection that McGrath used to his advantage. He would often take his victims to the hospital’s morgue to scare them and threaten them into silence.

Children shown corpses and locked in coffins by McGrath

In 2022, the New Zealand Royal Commission into Abuse in Care heard chilling evidence about McGrath when he worked at Marylands School.

The survivors told the commission how St John of God Brothers ruled over the boys using fear as a weapon. On one occasion, McGrath took survivor Donald Ku to the St John of God Hospital’s morgue and showed him a corpse.

“Once he took me to the hospital morgue and showed me a corpse as a way of silencing me,” Donald said.

Stephen Long, another survivor, said he was once forced to strip naked and clean one of the coffins in the morgue.

“Once Brother McGrath made me strip naked and clean out one of the coffins. He then flipped me up, slammed the coffin lid down on me… I was crying, scared and defenceless,” Stephen said.

“He lifted the lid, grabbed me around the throat and said, ‘This is where you’re going to end up’ if I said anything about his abuse.”

The men also spoke about one boy who was a constant target for McGrath. On one occasion, McGrath made the boy eat his own faeces in front of all the other boys because he had “messed his bed”.

Kendall Grange Special School for Boys — the “House of Evil” 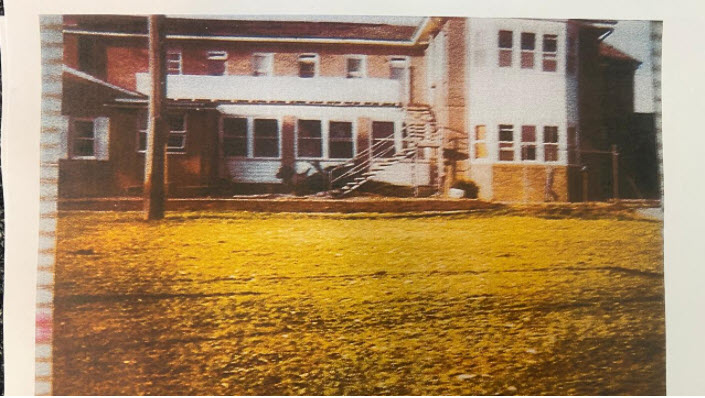 After four years at Marylands School, McGrath was sent to St John of God’s Kendall Grange Special School for Boys in Morisset, near Newcastle NSW. He was made the headmaster in 1981.

The school was set up for boys with behavioural, emotional or intellectual difficulties. Around 300 boys lived there at any one time and they were housed in dormitories. McGrath was in charge of the red section and was directly responsible for the boys in his care.

This is where McGrath did the majority of his offending.

Ian was sexually abused by McGrath in 1978 and 1979 while he was boarding at Kendall Grange. He was sent there because he was “wagging” school and smoking in Darwin and his mother didn’t want him to end up on the street. She thought sending him to Kendall Grange would put him back on the right track.

“The weekends were the worst when most of the boys went home. But I couldn’t go home because my parents were in Darwin. I used to plead with other boys to go to their places,” Ian said.

McGrath often let the boys smoke cigarettes and drive his car. One weekend when Ian was 15, he was driving McGrath back to Morisset from Sydney illegally. They were pulled over by the police and McGrath told the boy to swap seats, but the police dragged McGrath out of the car.

“He told the police he had some stomach problem and I was driving him to the hospital. He got into trouble for that,” Ian said.

On one occasion, Ian was flogged by McGrath in front of the school when Ian turned on him and threatened to report him to the police. He received welts on his arms, legs, back and stomach but received no support from the adults who witnessed the beating. One teacher suggested that Ian should tell the police.

While all of this was happening, the St John of God Order repeatedly asked Ian’s parents (who lived in Darwin) for donations to do its “good work” for the troubled boys at the school.

“My parents used to tell me about Kendall Grange asking for money and it made me sick in the guts,” Ian said.

“Kendall Grange was a house of evil, a place of evil, hiding in plain sight. The Catholic Church knew about [McGrath] the whole bloody time. They could have stopped him. They should have protected us. I got compensation but how do you put a price on your life?”

Alex (name changed for privacy reasons) told researchers Broken Rites that his experience at Kendall Grange disillusioned him about all schools. After being abused by McGrath between 1980 and 1984, he ran away from the school and stopped his education. With no formal qualifications, Alex ended up on the dole and eventually on the disability pension.

He said that St John of God “screwed up” his life and left him with lifelong feelings of shame, anxiety, emotional turmoil, depression and an explosive temper.

In 1992 (before McGrath was jailed), Alex complained to the St John of God Order that he had been abused by McGrath at the school. The Australian leader of the Order said he was “not surprised” by Alex’s statement and Alex thought the order would report McGrath to the NSW Police.

Alex said this did not happen.

“St John of God’s conspiracy of silence is terrible”

“I went to all the other schools in the local area and they refused to take him,” Jill said.

Years later, Jimmy was displaying behavioural difficulties. He had a volatile relationship with his girlfriend, was charged with assault and was using drugs heavily. In 1989, Jimmy told his mother what McGrath had done to him at Kendall Grange between 1982 and 1983 when he was aged 11 to 13.

“I knew nothing about [the abuse] until my son told me years later. I knew he wasn’t happy at Morisset, but they covered it up so well and scared the kids so much,” Jill said.

“I used to ring Brother McGrath who was the Prior at Kendall Grange school, Morisset. I would tell McGrath that my son isn’t happy and he’s crying. McGrath just said all the boys do that; he just doesn’t want the discipline and they need discipline.”

She told Broken Rites that there were hints that the St John of God Order knew about McGrath’s behaviour when Jimmy was at the school.

“Their conspiracy of silence is terrible. A psychiatrist at the school said there were problems at this school and to try to get my son out as soon as I could. I said there was nowhere else to go. In those days there was no onus on schools to accept pupils as there is today.”

“When I told the psychiatrist later about McGrath, she said `I wouldn’t have picked him’. There were others there she must have known about. I now know of five boys who were molested at Morisset. I don’t think we’ve even scratched the surface. The tragedy is that my son must have felt so alone.”

Jill said that Jimmy blamed her for sending him to Kendall Grange. On one occasion, Jimmy got violent with his mother so she ran to the neighbour’s house and locked herself inside with them.

“I know if I’d stayed in the house, he’d have done something to me. My life hasn’t been the same since. I’ve tried to get on with my life but it hits me sometimes. I feel very remorseful about my son – it’s like a knife going in.” 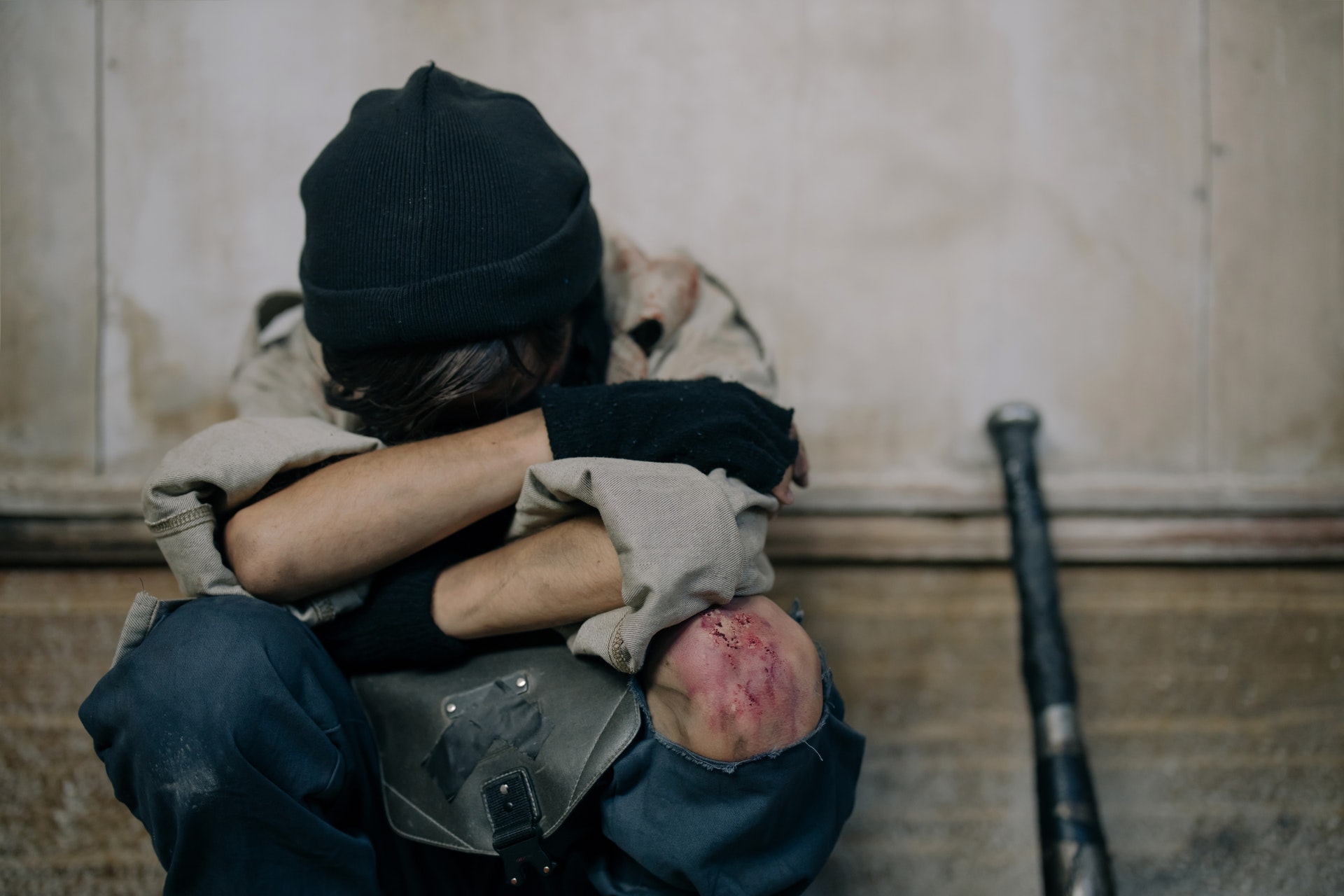 In 1986, McGrath was transferred from Kendall Grange back to New Zealand to establish a residential program in Christchurch called the Hebron Trust. The program was designed to teach life skills to “street kids”.

Four of the boys (aged 14 to 16) from the Hebron Trust told detectives that McGrath had touched them indecently. It was around this time that two former Marylands boys also complained that McGrath had molested them while at the school.

In 1993, McGrath received his first jail sentence. He was sentenced to three years in jail in New Zealand for his offences at Marylands and the Hebron Trust. 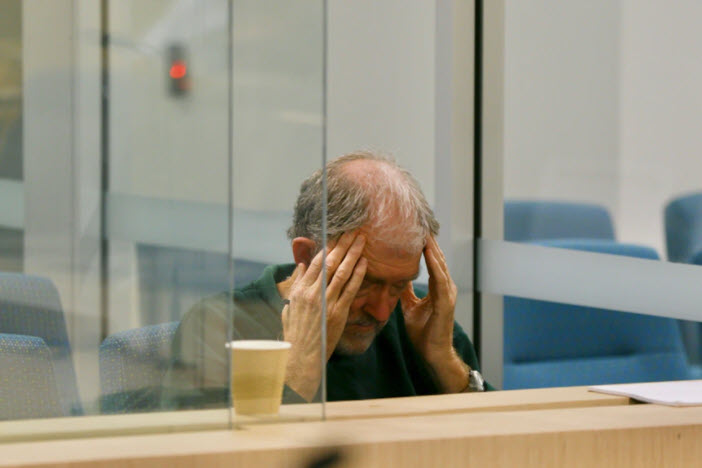 McGrath showed no remorse each time he was convicted — but at long last, he was put behind bars where he can no longer access or torment children. No doubt, the survivors are relieved to know McGrath will most likely die in jail. In fact, Ian from Kendall Grange unashamedly said he wants to know when McGrath eventually passes.

“He’ll die in jail. That’s one good thing. They asked if we wanted to be formally notified when he goes. I said yes. I took the form,” Ian said.

Many of the survivors have received compensation from St John of God. At Kelso Lawyers, our goal is to achieve maximum compensation for victims of institutional abuse, whether it occurred in school, in a church, in foster care or the Australian Defence Force. If you believe you were abused in institutional care in Australia we’re here to help.