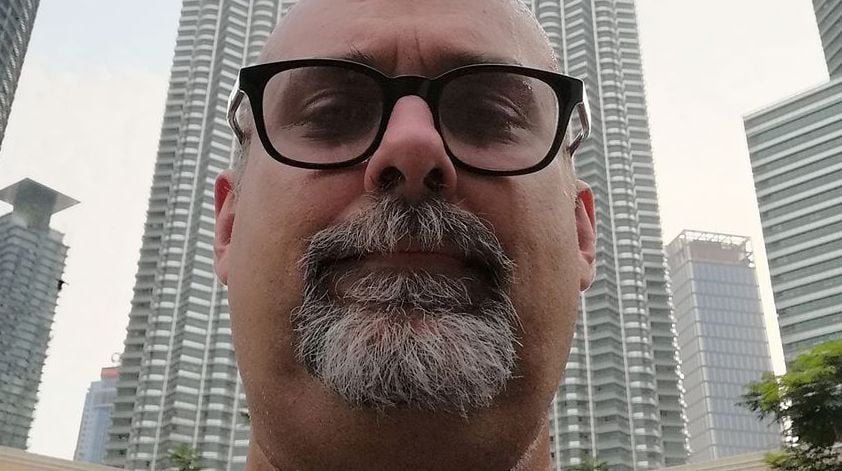 Enrolling your child in Scouts should be a positive decision. According to Scouts Australia, their purpose is to:

“Contribute to the development of young people in achieving their full physical, intellectual, emotional, social and spiritual potentials as individuals, as responsible citizens and as members of their local, national and international communities”

It sounds like a dream come true for your children. They can learn how to go on to become well-balanced and effective adults, learn useful skills, and make lots of good friends all at once.

However, the Royal Commission into Institutional Responses to Child Sexual Abuse revealed Scouts Australia has demons lurking inside.

Steve Larkins, for example, was a Scout Leader and the Chief Executive of the Hunter Aboriginal Children’s Services (HACS). He used his position at HACs to literally forge his Working With Children Check.

Larkins often (improperly) held sleepovers with the boys at his home and even fostered children from HACs.

He was arrested in 2011 after an honest co-worker discovered hundreds of pornographic images and at least 40 videos involving children on his USB. The boys in the videos were aged between 10 and 14-years-old. He pleaded guilty to committing indecent acts against an 11-year-old boy in 1992 and a 12-year-old boy in 1997.

But Steve Larkins wasn’t alone in this.

There have been multiple Scout Leaders involved in these kinds of horrendous, skin-crawling crimes, including Neale Valentine. 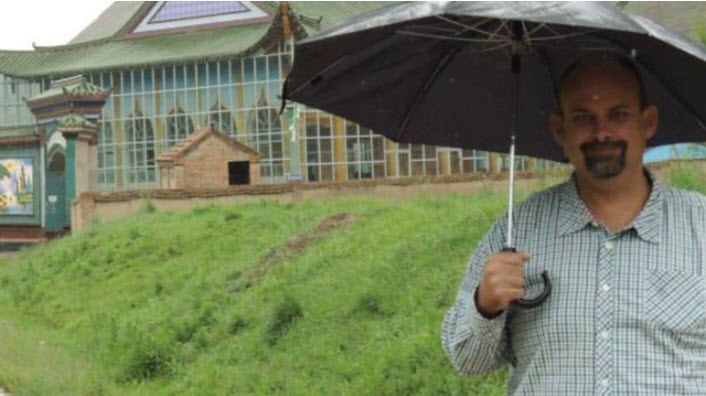 Valentine was not spoken about in the Royal Commission’s enquiry into Scouts Australia and Scouts NSW.

The focus was set on Steve Larkins, whose crimes highlighted undeniable issues around dodgy police checks, current policies and procedures for child protection, and responding to allegations of child sexual abuse.

Valentine was able to slip through the cracks for decades. It wasn’t until the Royal Commission started its investigation that more allegations were raised about Valentine.

Valentine was a Sydney Scout Leader in the 1990s.

He was in his late 20s when he started abusing boy scouts. He had a disturbing appetite for children, with no concept of what was “appropriate” or “overstepping the line”.

In October 2018, North Shore Police Area Command established ‘Strike Force Span’ to investigate reports of ongoing sexual abuse of a 14-year-old boy. The perpetrator was known to the teen – it was his Scout Leader, Neale Valentine.

Strike Force Span investigated Valentine for 18 months until finally, in March 2020, Valentine was arrested at Sydney International Airport. There were multiple allegations against him.

At first, Valentine was facing seven charges. The police alleged he sexually and indecently assaulted the boy at an overseas Scout camp, at New South Wales camps, and at his own home in St Ives between 1994 and 1995.

However, after further investigations, the police alleged Valentine sexually and indecently assaulted another five boys aged between 12 and 15-years-old in various locations throughout New South Wales, as well as overseas between 1986 and 1995.

Valentine was confronted about the allegations in 1995 by Scouts Australia. He resigned soon after.

He was not sacked. He was not asked to step down. He promptly resigned of his own accord. There was no report to the police.

He went on to live a normal life for another 25 years as if nothing had ever happened.

But his past came back to haunt him in 2020. He was arrested and charged.

On Valentine’s behalf, his legal aid lawyer argued there was nothing to explain the long period of time between the alleged offences and when a report was made to police in October 2018.

Valentine also applied for bail and offered to hand over his passport, live with his parents, and report to police on a daily basis, but bail was promptly denied.

After being arrested, Valentine also told police he watched pornographic material with underage boys during a “sleepover” at his home in St Ives.

Valentine would often host sleepovers for the Scouts. The boys would complete household chores like washing cars and gardening for him.

One of the boys described the experience as “weird” because he had never seen pornographic material before. The Scouts may have also slept on a queen size bed together at Valentine’s house.

Whether or not Valentine joined them is uncertain.

When Valentine was asked about the specific allegations, he repeated “I don’t recall the situation.”

Valentine was granted bail to live near a Southern Highlands school 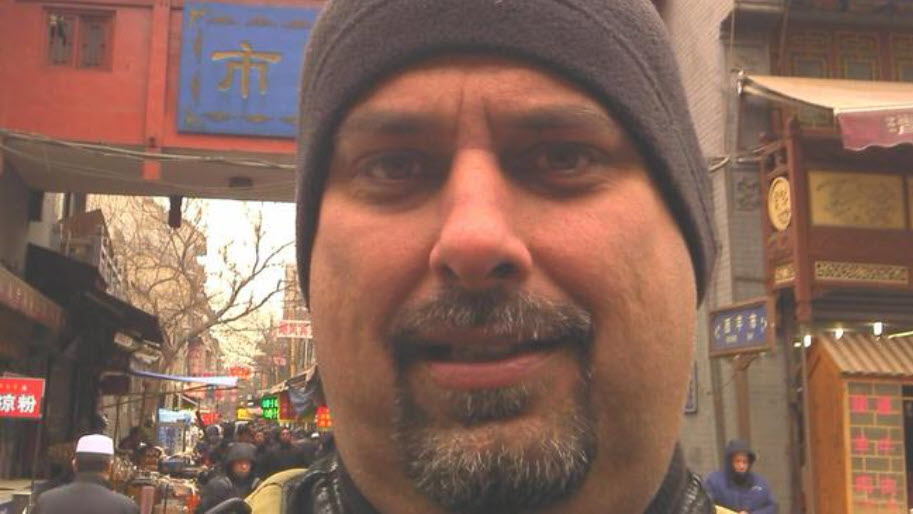 Despite the charges, Valentine was granted bail in late 2020 and planned to live near a Southern Highlands school.

Valentine’s lawyer told the court that he had a clean criminal record and had not been accused of child abuse since he was employed as a scout master more than 25 years ago.

“Absolutely no marks against his name whatsoever. He has been living in the community, employed, as a law-abiding contributing member,” his lawyer said.

The police voiced their concerns about the proximity of his bail address to local schools. The crown prosecutor also said there was still a chance Valentine could commit criminal acts on bail.

“There is a further risk of this type of offence being committed in the community against young children. Even the most stringent bail conditions are not going to be able to protect the community.”

Valentine’s lawyer told the court that Valentine had lost his job as a result of the charges and no longer rented an apartment in Malaysia where he had been living previously.

Justice Stephen Campbell granted strict conditional bail but Valentine had to live with his parents in Moss Vale. There were a number of conditions including daily reporting to police, a nightly curfew and supervision around children under 16 years.

In July 2021, Neale Valentine was jailed for seven and a half years 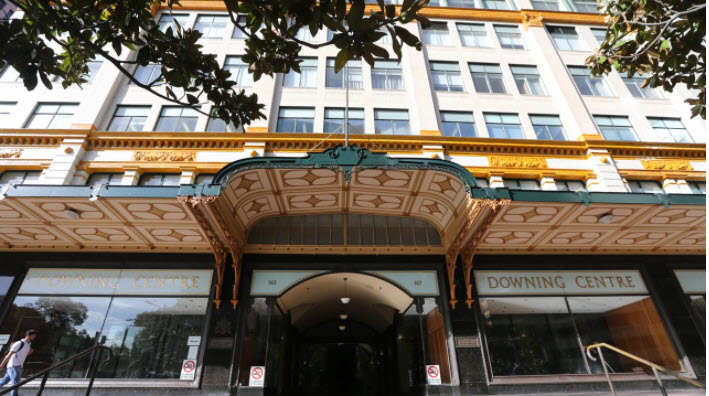 In 2020, Valentine pleaded guilty to 12 child sex abuse charges including having sexual intercourse and indecently assaulting boys as young as 12. He was sentenced to seven and a half years in prison with a non-parole period of five years.

A report tendered by a clinical psychologist stated that Valentine was bullied as a student at North Sydney Boys High School when others question him about his sexuality. The psychologist also said that he was at a low to moderate risk of reoffending and had no paedophilic tendencies.

The crown argued that good character and a lack of previous convictions could not be mitigating factors which Judge Karen Robinson accepted.

“While I accept the offender had no prior convictions by the time his offending commenced, his good character was thereafter eroded by his sexual behaviour beyond the first victim,” she said.

“Further… leadership within a scout’s movement assisted the offender in the commission of the offences given the trust placed in him by his victims and more importantly their families.”

Valentine will be eligible for parole on the 19th of January 2026.

Long before Valentine was arrested, the Chief Commissioner of Scouts Australia, Phil Harrison, apologised to victims of abuse within Scouts.

On Friday 5th of October 2018, Harrison apologised on behalf of all states and territories.

“Scouts Australia listened to the Royal Commission into Institutional Responses to Child Sexual Abuse, to survivor groups and most importantly to survivors. They indicated that an apology may help with survivors’ healing. Scouting sincerely hopes that the apology will help those who suffered through their time in Scouting, as well as their families who have also been affected.

The apology is a genuine and heartfelt admission that, for some young people, their time in Scouting was a negative experience. For this, we are truly sorry.

In preparing the apology Scouts Australia has been assisted by some survivors and organisations which support them. We are very grateful for their advice. Nothing is more important to Scouts Australia than the safety of the children in our care.”

However, it has been reported Scouts NSW was one of the most stubborn institutions to deal with following the Royal Commission. Despite apologising to the survivors of Scouts Australia, some survivors waited up to 18 months to get an initial response from Scouts NSW, while others were left in limbo for years – just waiting for a simple resolution.

Because of this, Scouts Australia’s apology seemed hollow to many survivors. Many reported thinking the apology was a “lip service” because no positive action was being taken to help victims of abuse.

It has since been reported Scouts NSW has had to sell scout halls and campsites to compensate abuse victims through the National Redress Scheme. These were assets acquired over the span of a hundred years from tireless fundraising, generous donations and bequests left in the wills of grateful families.

Child abuse survivors have waited long enough for justice and compensation, and the acknowledgment of their pain. Institutions like Scouts Australia and Scouts NSW who have hired paedophiles, concealed and mishandled allegations of abuse, and allowed child sexual abuse to occur, do not have the luxury of delays.

Abuse survivors need their claims to be resolved now.

It doesn’t matter how long it has been since the abuse occurred. It happened and innocent people have suffered, year on year, waiting for their voices to be heard.

If you believe you were abused by men like Steve Larkins and Neale Valentine in Scouts, or any institutional setting for that matter, Kelso Lawyers is here for you.

We have the expertise and understanding to take on your case and win the compensation you’ve been waiting for.