The grand facade of Knox Grammar School hides a shameful history of abuse and cover-ups.

Students at the elite grammar school lived in fear of predatory paedophile teachers for decades.

Any students who tried to speak up were silenced and punished.

This article looks into Roger James, one of the teachers who formed part of the disgraceful Knox Grammar paedophile ring during his time as a science teacher in the 1970s.

Roger James was employed at Knox Grammar School as a science teacher from 1974 to 1977.

During his time at Knox Grammar, James was heavily involved in sport, acting as coach to the cricket and rugby teams.

James was also instrumental in establishing Camp Knox, a school campground located west of Brooklyn on the Hawkesbury River in New South Wales.

The camp was set up in a remote location with very little supervision.

One of James’s victims, identified as ARY, gave evidence stating that between 1976 and 1977 Mr James sexually abused him while he attended cadet camp.

James befriended ARY and his father and took them out to dinner.

James later organised for ARY and a group of four or five other boys to attend a canoeing trip
as part of the cadet activities.

During the canoeing trip when ARY was in year 7, James and ARY stayed in ARY’s parents’ house.

After the lights were turned out, James went over to ARY, reached under his bed covers, slipped his hand down the front of ARY’s pyjama shorts and began to fondle his genitals for several minutes.

When ARY was in year 10, James asked him into his office on a number of occasions. Each time after a short conversation James would put his hand on ARY’s genitals and grope him.

ARY never felt able to speak up about the abuse while he was still a student at Knox.

James pleaded guilty to assault and acts of indecency

On 29 April 2009, NSW police arrested James. He was interviewed and charged with assault and an act of indecency in relation to ARY.

In November 2009, James pleaded guilty to two counts of assaulting ARY and committing
an act of indecency. He was convicted and received a 12-month suspended sentence. 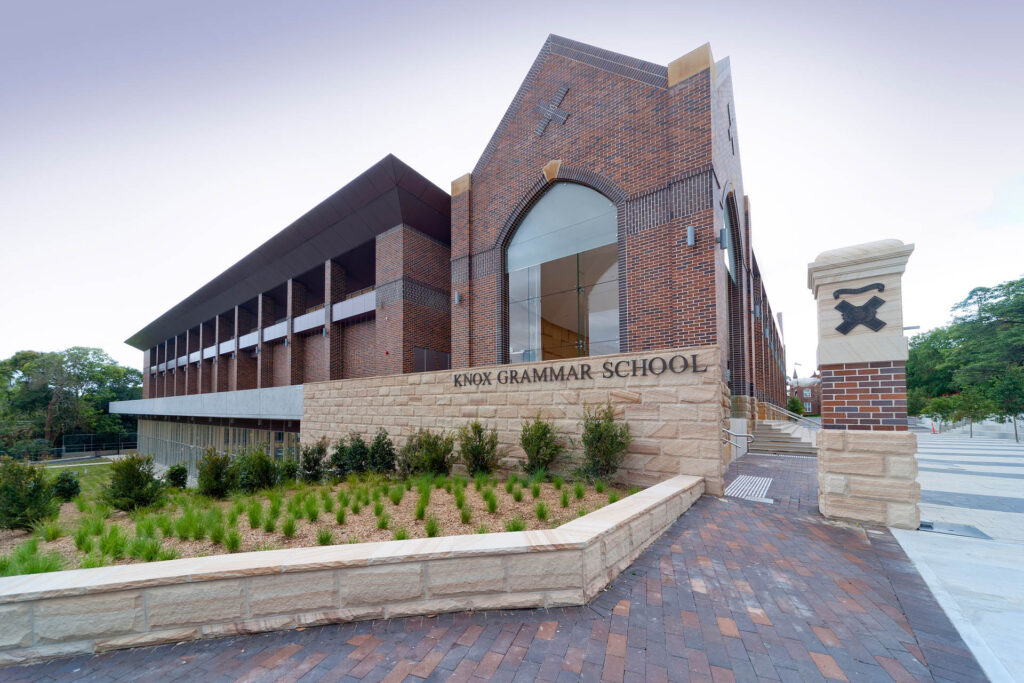 The former students shared details of the sexual abuse that they suffered at the hands of abusive teachers while at Knox Grammar School. They also shared the devastating effect it had on them at the time and into their adult lives.

Most of the former students who gave evidence to the Royal Commission confirmed the prevalent cover-up culture, reporting that they didn’t disclose the abuse while they were attending the school.

One victim told the commissioners that he couldn’t complain about the abuse at the time because of the school’s toxic culture of secrecy and shame. He was 14-years-old when he was abused.

According to the survivor, boys who did speak up were “victimised and ostracised,”

“They were seen as weak and they became everybody’s bitch.”

Dr Ian Paterson was headmaster at Knox Grammar School from 1969 to 1998.

The Royal Commission found that Dr Paterson fostered an attitude and culture at the school that were dismissive of any allegations of child sexual abuse. It was found that Paterson deliberately withheld information from the Knox Council, the body responsible for the school’s management.

The Royal Commission also found that Paterson prioritised the school’s reputation over the welfare of the boys by covering up allegations and failing to notify the parents of boys who had made allegations.

By July 1975, Paterson was concerned that James had become “too close to boys in a counselling sense” after it was brought to his attention by other senior staff members at Knox Grammar School.

Paterson defined this concern as meaning “Mr James was spending undue time alone with boys and discussing their problems”.

In a letter to James dated 8 July 1975, Paterson advised him that he was not to arrange or in any way be responsible for any activity at Camp Knox.

Paterson made reference in the letter to ‘‘problems that have occurred before’’.

Paterson told the Royal Commission that he sent the letter because “if Mr James went
away with boys to Camp Knox, it was very likely that there would be occasions when he would be alone with boys and that was a matter of concern” to Paterson.

When Paterson was asked whether it was usual for him to record his concerns about staff in letters, he claimed that he was a “very sparse note-taker”.

Paterson wrote to James again in August 1977, this time about the apparent lack of organisation in his classroom and suggesting that, unless the problems were fixed, the Knox Grammar environment may not be a suitable one for James.

This 1977 letter did not refer to the concerns about James’ relationships with boys Paterson had raised in his letter two years previously.

Mr James resigned shortly after receiving the letter in 1977.

Headmaster provided James, a known abuser, with a glowing reference

James resigned from Knox Grammar in September 1977 and relocated to New Zealand to take up another teaching post.

James’s application to this New Zealand teaching position was aided by a glowing reference from Paterson.

On 12 September 1977, Mr James notified Dr Paterson by letter of his resignation and his intention to move to New Zealand and teach at a school there.

After notifying Paterson by letter that he was resigning with the intention to move to New Zealand and teach, James asked Paterson for a reference so that he could forward a copy to his new school.

Despite having formed the opinion that James was not suited to be involved in Camp Knox due to his inappropriate behaviour and his previously expressed concerns about James’ relationships with boys at the school Paterson obliged James with a glowing reference letter.

The reference made no mention of James’ concerning behaviour.

“Mr James is an enthusiast who is ever ready to offer his services in a great range of
activities. He devotes himself fully to the activity of the moment and manages to involve
boys in leadership roles,” Paterson wrote.

“He coaches ‘A’ teams in cricket and rugby; he has run camps at Camp Knox and, indeed, had a large hand in initiating our establishment and use of this camp; he organised rugby referees and the winter sport programs; and he assists at once with any sporting activity requiring referees, time-keepers, starters or judges.”

Paterson gave no consideration to the welfare of the students who would fall under James’ care at the New Zealand school, enabling the predatory teacher to continue his disgraceful behaviour unchecked.

Roger James is just one example of the pervasive culture of child abuse and cover-ups that thrived for over a quarter of a century at Knox Grammar.

Thanks to the incompetence and wilful collusion of fellow teachers at Knox, boys were molested unchecked for years and many alumni of the institution still live with the trauma and shame decades later.