The pathetic case of Brother William Wade: A coward and a liar 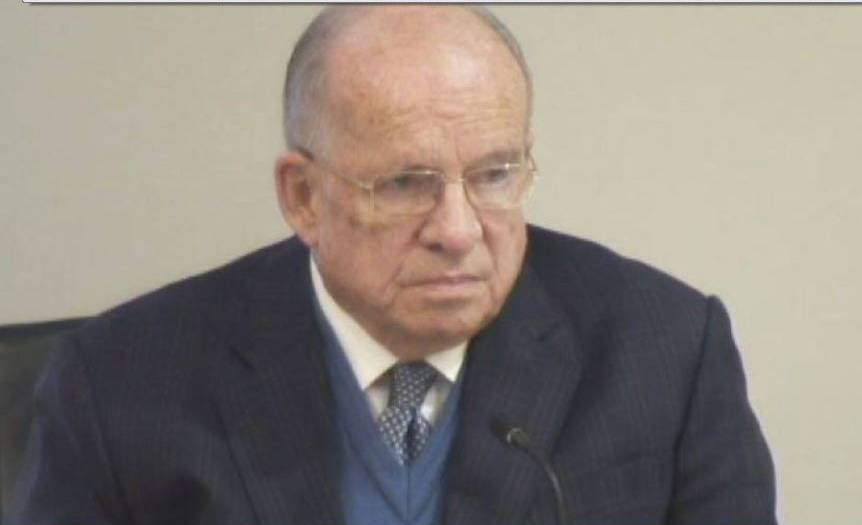 Marist Brother and convicted child sex offender William Wade has pleaded guilty to covering up the paedophile activities of Brother Romuald (aka Francis Cable) and Brother Dominic (aka Darcy O’Sullivan) at the Marist Brothers College in Hamilton, New South Wales.

The Marist Brothers College was one of the most brutal schools in Australia in the post-war era. Students were mistreated physically, emotionally and sexually.

Wade was the principal of the Marist Brothers College from 1971 – 1976 where Cable and O’Sullivan were actively abusing boys. Wade himself was also sexually abusing the students. In 2017, he was charged with three counts of indecently assaulting two boys.

He called the victims “rotten sods” when the guilty verdict was handed down.

He spent 18 months in jail after an unsuccessful appeal.

In 2014, Wade failed to provide information to NSW Police Force’s Strike Force Georgiana during investigations. He was in breach of section 316 of the Crimes Act where an offence is committed if someone “knows or believes that a serious crime has been committed, and fails, without a reasonable excuse, to inform the police“.

Wade lacked the moral fortitude to stop paedophile teachers. The staff knew Wade was an active homosexual, in breach of his vow of chastity. If this information was leaked to his religious leader, he would lose his job and be asked to leave the Marist Brothers Order in disgrace.

Wade prioritised his own interests over the wellbeing of the teenage boys he was supposed to protect.

He chose to do nothing.

In 2016, Wade was singled out at the Royal Commission hearing in Newcastle. He was reminded of the sad case of Andrew Nash, a victim of Brother Romuald.

Andrew took his own life while he was a student in Hamilton. Wade visited the Nash family home on the evening of Andrew’s death and spent time with his parents. Wade asked them if their son had left a suicide note, but he denied this at the Royal Commission.

He said he had no memory of visiting Andrew’s parents or asking about a suicide note. He denied that he was fishing to discover if Andrew had implicated the school in his death, but it was widely believed that Wade was lying to the Royal Commission.

Barrister Hilbert Chiu was representing the Nash family during the Royal Commission. He asked Wade why he could not remember the incident.

“I’m not saying I didn’t do it. I’ve struggled to picture myself in the context,” Wade told the commissioners.

“I’ve struggled to picture myself having gone to the home in the company of the people that I read about in the evidence, who say that they were there with me and I simply can’t picture or recollect or recall.”

Mr Chiu accused Wade of “pretending you don’t remember that evening because you’re a coward and you’re a liar.”

Brother Peter Carroll apologised to the Nash family at the end of the Royal Commission hearing after agreeing that “all the evidence” indicated Andrew Nash had been sexually abused.

Brother Carroll told the Commission the Marist Brothers had failed to do anything about the sex crimes and excessive violence of many of its Brothers.