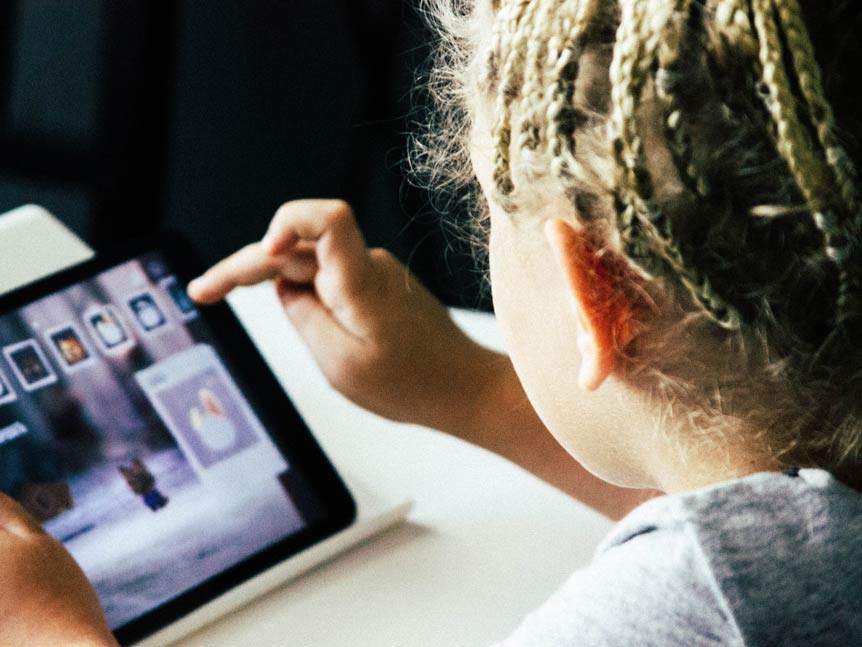 Child abusers have created and circulated an online grooming manual describing how predators can manipulate and exploit children during the coronavirus pandemic.

With an increasing number of children at home and learning online, Australia’s eSafety Commissioner, Julie Inman Grant, said her office has been receiving more and more reports of child sexual abuse material online.

Commissioner Inman Grant also said there have been more predators on the dark web looking for information on how to abuse children in lockdown.

“I think of it like bees in a hive, gathering around the honey,” Commissioner Inman Grant said.

“Abusers see Covid-19 as a honey pot for them with at-risk boys and girls spending much more time at home and online, often without supervision, and often while feeling isolated and lonely.”

The handbook describes how predators can coerce children into sharing nude photos and videos of themselves online. It also advises predators to “get their kicks” online rather than meeting the children face-to-face.

Additionally, there has been an increase in “capping” where predators take screenshots during nude videos and distribute the images online, or use them to blackmail or coerce the children further.

“More disturbing than the stats, perhaps, is that our investigators have also seen increased chat on forums on the dark web from predators talking about how with isolation measures in place, they have greater opportunities to contact children remotely to groom them for sexual exploitation,” a spokeswoman from the eSafety Office said.

“Others observe that they have more time to abuse children.”

Australian law enforcement authorities have witnessed child abuse and exploitation websites “crashing” in recent weeks due to the influx of people accessing them during the coronavirus lockdown.

In the last 12 months, the Australian Centre to Counter Child Exploitation (ACCCE) has seen reports increase 123%. The average number of child exploitation reports was 776 per month on average.

“Australian law enforcement officers are seeing sites hosting online child sexual abuse material crashing over recent weeks due to the increased volume of traffic,” the Australian Federal Police said in a statement to the ABC.

“Such COVID-19 themed forums have grown to more than 1,000 members who are sharing hundreds of videos and images and discussing their tendencies toward the abuse of children in the COVID-19 environment.”

“The average number of images seized when an offender is arrested has been increasing steadily.”

This follows a slew of horrific child exploitation offences around Australia.

In April, the Australian Federal Police rescued four children aged between two months and eight-years-old from a global exploitation ring. In total, 16 individuals were arrested and charged with 738 child exploitation offences. Three additional children were rescued.

A further four children were rescued following a tip-off from the United States’ National Centre for Missing and Exploited Children. Three men were arrested for producing and distributing child abuse materials.

AFP Child Protection Operations acting commander Paula Hudson has warned the Australian Federal Police are using a range of techniques to find anyone who preys on children – in person or online.

“We want to warn offenders they cannot stay anonymous online and the COVID-19 crisis has not shifted our focus from tracking down anyone involved in this vile behaviour,” Commander Hudson said.

“Use of encrypted applications and systems to share this distressing material will not protect you. We have the tools and capabilities to crack open your networks and arrest you.”

At least 14 Indigenous men have received out-of-court settlements after being abused by teacher, principal, and school inspector Cletus O’Connor.

The survivors are based in Dubbo, New South Wales.

An unfiled court document showed lawyers had found evidence of child abuse complaints against O’Connor in 1986 – the same year he retired from teaching. The Department of Education claimed it “did not become aware of complaints made against O’Connor before he died” in 1995.

O’Connor is still well respected in the communities where he worked. The victims said there were photos of O’Connor on the walls of New South Wales public schools as late as 2015.

The Department of Education started handing out settlements in April 2018. It has not acknowledged the existence of a serial paedophile in the public school system.

However, court documents show the department accepted the 14 Indigenous men were victims of O’Connor and millions have dollars and apologies have been distributed in secret.

The survivors are still scarred and traumatised from the abuse. One of the survivors said the settlement hasn’t helped with their pain whatsoever.

Another just wanted answers as to how O’Connor was allowed to continue sexually abusing children for so long.

“We wanted answers, frankly. How the f**k did this go on for so long? I mean, come on, how did they not know?”

At Kelso Lawyers, we’re committed to helping survivors of child sexual abuse like these men to achieve compensation and apologies from their abusers.