We answer your FAQs

What is a Royal Commission?

Royal Commission hearings are much more flexible than courts. They are not bound by rules of evidence. Witnesses can be directly questioned by Commissioners and procedures can be relaxed to accommodate the needs of survivors. However, it is also important to realise that the Royal Commission will not usually comment on whether an allegation is true or false, or if someone is guilty or innocent. That is a function for the courts. In saying that, it is not uncommon for the Royal Commission to pass evidence on to police in order to assist a criminal investigation.

When did the Royal Commission Into Institutional Abuse commence and how long will it go for?

Former Prime Minister, the Hon. Julia Gillard and former Attorney General, the Hon Nicola Roxon MP announced the Royal Commission in November 2012. The Terms of Reference were established and six Commissioners were appointed in January 2013. The first public hearing commenced in September 2013.

The Royal Commission was initially funded to run until the end of 2015, but requested a two-year extension, which was granted by the Federal Government. The Commission’s final report was handed down on 15 December 2017.

Will there be compensation for victims?

In 2015, the Royal Commission recommended that the Federal Government establish a national redress scheme to provide the survivors of institutional child sex abuse with equitable access to compensation.

The scheme – which is expected to cost more than $4 billion — would be funded by the institutions in which abuse has taken place. The Commission has recommended that the redress scheme be in place no later than July 2017. The redress scheme is yet to be launched officially.

In the meantime, child sex abuse survivors are able to pursue compensation claims through a civil litigation process. This is separate to the Royal Commission proceedings.

How can I hear about what the Royal Commission Into Institutional Abuse is doing?

Kelso Lawyers have a strong history of assisting victims of crime, going back as far as 1988. We are committed to providing regular and accurate updates about the Royal Commission, both on this website and on our dedicated Facebook page.

What's the process of claiming compensation?

There are ten steps to claiming compensation:

1. Complete a Claimant Information Form or phone Kelso Lawyers.
2. Claim assessed for eligibility for compensation.
3. Have a personal conversation with founder and principal, Peter Kelso.
4. Receive a letter of introduction and our Conditional Costs Agreement. These documents need to be signed and returned before we commence proceedings.
5. Ensure that you have a professional and personal support network in place.
6. Case assigned to one of Kelso Lawyers’ experienced solicitors to prepare the case.
7. Make a statement.
8. Attend mediation where compensation payment will be determined and a verbal and written apology made.
9. Notify relevant Government agencies of impending compensation payment.
10. Receive compensation and an apology.

Can I sue my foster parents?

Yes you can sue the individuals if they have abused you. However, we recommend attempting to achieve compensation through the relevant government bodies. Since the landmark Armes v Nottinghamshire County Council case ruling, the British legal system has opened a window of opportunity for victims of abuse to pursue the local government for compensation in abuse cases.

How long will a compensation claim take?

Every case is different depending on the claim – however most compensation claims are finalised in around 12 months.

Will I have to face my perpetrator?

Who can I talk to if I need help?

The team here at Kelso Lawyers aren’t certified medical professionals, however we have an extensive list of support services we recommend for victims of abuse. Please refer to the page for the specific support group you require.

Should I get legal advice before applying to the NRS?

Yes. Everyone should complete our claimant information sheet first. You don’t want to do the wrong thing and find yourself sold short or missing out on a civil claim against the institution.

How do I apply for the National Redress Scheme?

Fill in our claimant information sheet first so we can assess what is the best strategy for you. We will complete your redress form for you if redress is the better way to go. Everyone’s case is different.

What institutions are involved with the Scheme? (National Redress Scheme Participating Institutions)

Currently all the State governments, the Catholic Church, Anglican Church, Uniting Church, The Salvation Army, PCYC and Scouts Australia have signed up to the scheme. The Jehovah’s Witnesses have not.

How does the National Redress Scheme affect current and/or previous clients of Kelso Lawyers?

We will assess all previous settlements to see if you are eligible for a top-up from redress. Please get in touch for more information.

How does the National Redress Scheme assess the claim?

Nobody knows at this stage. The Redress Scheme was put together in a rush so the finer points of the scheme have not been finalised yet. There will be Independent Decision Makers assessing redress but the Commonwealth is not telling us yet who they are.

How long does the Redress Scheme take to evaluate claims? 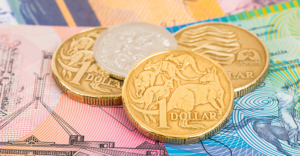 A 75-year-old man with leukaemia, heart disease and diabetes is seeking aggravated damages against the Christian Brothers for the child abuse he experienced at the

Father Thomas Mullen was a defrocked, disgraced, paedophile Catholic priest who died of cancer at the age of 80. But his recent funeral attracted hundreds

After responding to Peter Kelso on Facebook and discussing my case, I found Peter to be very understanding and helpful. Both Peter and Ashley were

I would like to thank Peter Kelso and the team. Without them I would have no closure. I highly recommend Kelso Lawyers. I was treated

Shame, guilt and self-loathing is all I had experienced for over 30 years. Although I had made enquiries with a few different lawyers regarding the