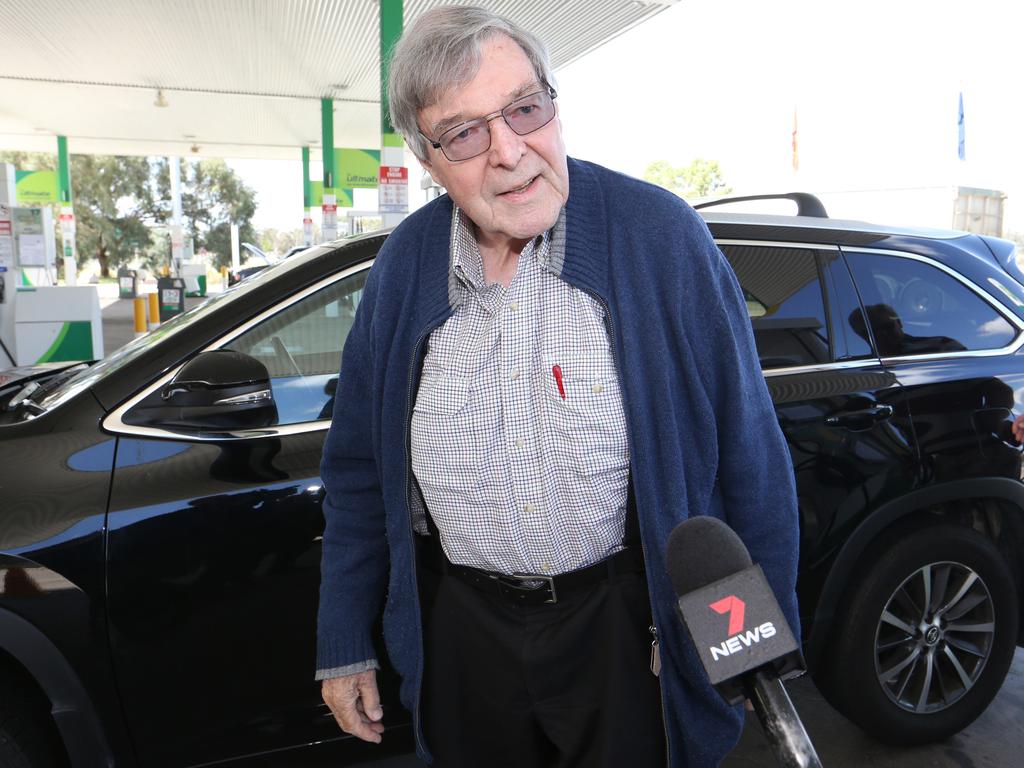 George Pell fled to Sydney within hours after he was acquitted by the High Court.

He wasted no time taking the long, ten-hour drive to a Catholic seminary in Homebush, where he once lived during his time as Archbishop of Sydney.

In the meantime, St Patrick’s Cathedral in Melbourne was trashed.

‘ROT IN HELL PELL’ was spray-painted across the doors.

The words ‘THE LAW PROTECTS THE POWERFUL’ was painted across the Cathedral forecourt.

The Archbishop of Melbourne said he wasn’t surprised that the scene of the alleged choir-boy abuse was vandalised in a swift backlash against the High Court decision.

It’s possible that strong emotions against Pell will play out in other acts of public disobedience.

Victoria’s Premier, Daniel Andrews has issued a statement in support of victims of historic child abuse. “I believe you”, he said, without making any mention of the High Court result.

‘Witness J’, now aged in his 30’s, the surviving choir boy who testified he’d been sexually abused by Pell in the Cathedral sacristy, issued a statement.

“It is difficult in child sexual abuse matters to satisfy a criminal court that the offending has occurred beyond the shadow of a doubt,” he said.

He hopes the outcome won’t discourage child sexual abuse survivors from coming forward, reassuring them “most people recognise the truth when they hear it… I am content with that”.

Pell told the media he “bears no ill will towards the man”, referring to Witness J.

The next move for Pell is unclear.

It’s hard to imagine he can make a peaceful life for himself in Sydney or anywhere else in Australia. He is probably the most hated man in Australia. He is easily recognisable in this country. There is little doubt that relentless persecution will continue whenever he is seen.

His best option would be to live out his days in Rome, living in comfortable quarters at the Vatican. That’s about the only place on earth where his own Church supports him and would have a use for him.

His old Vatican job has been filled in his absence. Maybe Pope Francis can find a low-profile religious advisory role for him as a reward for his long and faithful service to the Church. Or place him in some prestigious, Medieval church in Tuscany with an attached monastery, overlooking the vineyards, far away from the invasive stare of Australia’s ABC.

It’s even possible he’ll write a book and sign a movie deal with the same investors who produced the hit Italian TV series, ‘The Young Pope’, starring Jude Law.