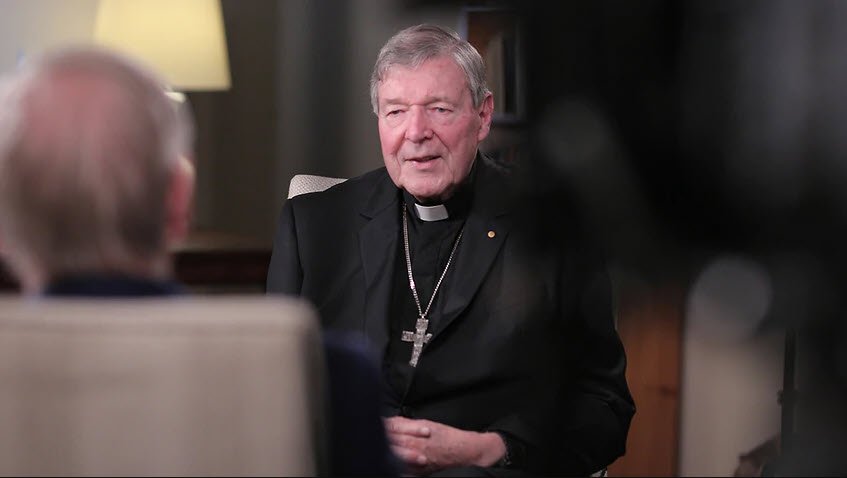 News Corp reports Cardinal George Pell is being investigated by Victorian Police regarding new child sexual abuse allegations dating back to the 1970s.

The report appeared in the Herald Sun and does not claim the allegations are true. Pell has denied all allegations against him. It should be stated that no allegations against Pell have survived scrutiny. It is also common ground that police advertised for people to come forward with accusations of abuse at St Patrick’s Cathedral in Melbourne.

Both the Victorian Police and Cardinal George Pell’s legal team have refused to comment.

Following his release on 7 April 2020, Pell sat down for an interview with Andrew Bolt, for Sky News. Mr Bolt had, over time, personally tested the evidence from the jury trial and was satisfied that Pell was innocent. The pair discussed how the Victorian Police have handled Pell’s case.

“Well, I wouldn’t be entirely surprised, but who knows,” Pell said.

Since his release, there have been renewed calls for the Federal Attorney General, Christian Porter, to release the redacted sections of the Royal Commission’s final report relating to Pell.

The Royal Commission’s report was released in 2017 but pages relating to Pell were blanked out so his criminal case would not be jeopardised. The blanked out pages talked about the Catholic Church in Ballarat’s response to victims of child sexual abuse within the church.

Victorian Attorney General Jill Hennessy has told her federal counterpart Christian Porter that blanked out sections of the Royal Commission’s 2017 report regarding Cardinal George Pell can be released to the public.

The report contained dozens of pages about the Catholic Church and Pell’s handling of child abuse allegations in Melbourne and Ballarat. The pages were redacted throughout Pell’s criminal trials and appeals due to fears the report would prejudice the jury’s decision.

Prior to Pell’s release, Porter said “once all relevant agencies formally confirm in response to written requests that the redactions are no longer necessary, arrangements will be made for public release”.

On April 14th, Porter was given permission to release the pages. The pages will now be added to the report in full following Pell’s conviction being lifted.

The pages do not relate to the child sexual abuse allegations Pell faced. Instead, the pages focus on how he dealt with complaints against paedophile priests in his diocese including serial paedophile Gerald Ridsdale.

The investigation started in 2018 when multiple issues were referred to Australian authorities from the US Homeland Security Investigators were looking into a website where users could pay to access child abuse material.

“More so than ever, children are increasingly online for their schooling, to socialise with their friends and family, and to play games,” Mr Parks said.

“Let this be a warning that law enforcement is undeterred by Covid-19 and remains on-duty to keep our children safe in Australia, the US and online.”