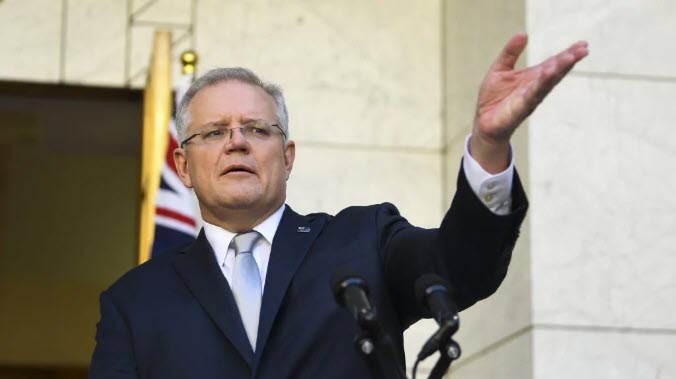 The Morrison Government has revealed they will spend $610 million less on National Redress Scheme payments over the next two years.

Under “major decreases in payments” in the new budget, the Morrison Government suggests the decrease in payments from 2020 to 2021 “largely reflects a re-profiling of expenditure due to slower than expected uptake by survivors accessing redress”.

The financial figures suggest the National Redress Scheme has fallen short of the 12,500 applications the Royal Commission believed would have been submitted by now.

The Morrison Government argues redress payments will be spread out across the next 10 years of the National Redress Scheme. However, the Labor Party is accusing Mr Morrison of framing the budget cuts as “savings” and highlighting the poor processes surrounding the scheme.

Labor’s Social Services Spokeswoman, Linda Burney, argues the reduction is because the Morrison Government has “botched the implementation” of the scheme.

“At this rate, it will take around 50 years for the total estimated number of survivors to receive redress,” Ms Burney said.

“This is the latest insult for survivors who have already waited too long for redress.”

The Royal Commission estimated around 60,000 survivors would be eligible for the National Redress Scheme, however, 2,250 applications had been processed and victims paid out by the end of May.

“The National Redress Scheme is meant to deliver justice for survivors, not savings for governments and institutions. The scheme simply isn’t working as planned – thousands of people who deserve justice simply aren’t coming forward and the government needs to fix it.”

Over the past month, Australian gymnasts have come forward with allegations of body shaming, physical abuse and psychological abuse. This comes amid the #GymnastAlliance movement in England and the United States, akin to the viral #MeToo movement sweeping the globe.

Commonwealth Gold Medalist Chloe Sims said she suffered from bulimia as a result of the abuse she experienced and considered taking her own life.

“They never called me ‘fat’ but remarked that I was ‘too heavy’, which was why I repeatedly couldn’t make it through my bar routine or the reason behind my stress injuries,” Ms Sims said.

“So at 17 despite receiving sports psychology and dietitian advice, I felt it was easier to end my own life, than to give in to what they wanted me to be.”

“I’m sharing this because behind those smiles on the podium, are dark and horrible things that happen in the gym behind closed doors.”

Gymnastics Australia CEO Kitty Chiller has responded to stories online and said these experiences are “simply not acceptable”.

“They reinforce the need for more to be done to change the culture of gymnastics so that our sport can be trusted, respected and celebrated.”

“In recent years we have made a lot of progress to improve policies, education and support mechanisms for our athletes across child safety, body-positive guidelines and athlete-first and athlete-coach partnership thinking. We are committed to doing more.”

A prominent 22-year-old cheerleading coach in Adelaide has been accused of sexually abusing three underage girls. The woman was arrested in March 2020 and charged with the continuous sexual exploitation of the children.

The alleged offences occurred between 2013 and 2017 when she was coaching the girls.

The prosecution also suggested there could be more than a dozen victims – however, the 22-year-old will plead not guilty to all offences.