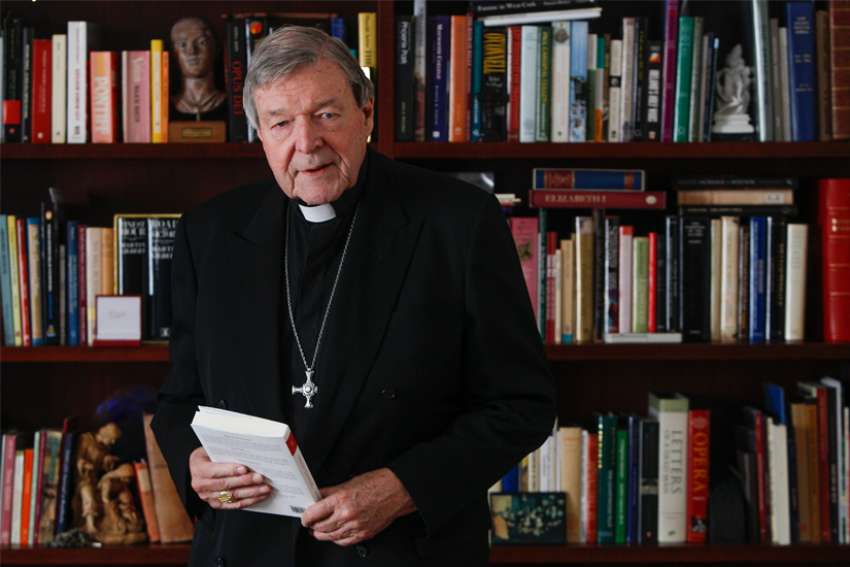 Cardinal George Pell rose through the ranks because he was fiercely intelligent, an undeniably hard worker, and made himself indispensable to the Vatican.

In the media, he defended the Catholic Church and papacy against liberal ideals. He was known for being quick-witted and charismatic but also manipulative. He could destroy any rival in an argument. He used all of these characteristics – and more – to sway the media in his favour.

However, his rise to power and prevalence was not without its challenges.

The media was not always in his favour, either.

Pell rose from a small-town football player to Pope Francis’ third in command. Now, he is infamous for the scandalous child sexual allegations surrounding him, the related trial, conviction, and the acquittal that shocked Australia.

In this article, we explore Pell’s timeline from Ballarat to the Vatican, highlighting important dates and events in Pell’s lifetime.

George Pell has been accused of child sexual abuse, concealing child abuse, and setting up flawed survivor support programs designed to re-traumatise the victims – but how much did he really know?

Over the years, Pell has been accused of a wide range of crimes – from child sexual abuse to concealing the criminal behaviour of paedophile priests. His survivor support programs have been labeled as ineffective and re-traumatising. In 2020, the Archbishop of Melbourne Peter Comensoli planned to scrap the Melbourne Response and ensure the new survivor support scheme has a state-wide approach rather than having the Melbourne Archdiocese “go it alone” with its own separate process.

This also includes a nationally uniform approach and consistent guidelines for survivor support.

The real question is how much Pell knew about the sexual abuse going on in the schools and organisations he was involved with, and if he realised how damaging the Melbourne Response and Towards Healing Programs really were.

If one thing is certain, it’s that Pell had many fingers in many pies.

He was everywhere at once and held many positions across various Dioceses.

He consulted with paedophile enablers like Frank Little and Bishop Ronald Mulkearns. He was a friend to Australia’s most prolific paedophile, Gerald Ridsdale, and even escorted him to the trial.

It is hard to accept that Pell was not aware of the horrific abuses occurring within his own Archdiocese. It is also hard to believe a man with the intellect and ego of Pell’s could be ignorant of the horrors being committed by people he once lived with.

There is no doubt many survivors were disappointed by Pell’s acquittal. However, we are here to support all survivors of child abuse and help achieve a more desirable result, no matter the perpetrator.