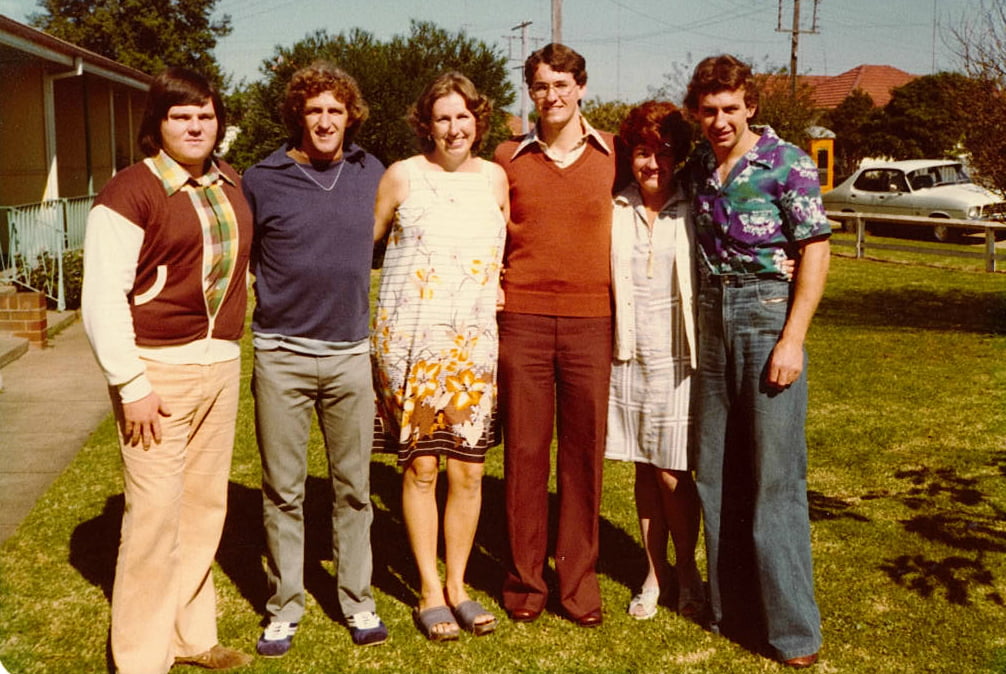 How I found my family after 17 years

This is part four of my series on my childhood as a ward of the State. If you haven’t read the previous articles you can view them here – Part One, Part Two and Part Three.

I remember my first night at my foster parents’ house.

I lay in my little single bed. Aunty had tucked me in and said The Lord’s Prayer.

She left the room and shut the door, leaving it slightly ajar. I looked to my left and stared at the window and the venetian blinds. The moonlight was drifting in. I began to cry quietly to myself.

I was all alone now.

I vowed I would come looking for them when I was old enough. One day I would. It was going to be the happiest day of my life.

Many times I asked Aunty if I could see Billy and Arthur again.

Every time she said ‘No’. I tried it on every birthday, thinking that she might grant my wish on my special day. She always refused. There was no point arguing with her. There was no reason given. I guess she knew if I went to see my brothers I wouldn’t want to come back. And she wanted me to stay. I was all she had.

I even fantasised about life with Billy and Arthur when we were all grown up.

I often did this at bedtime. It was a nice way of lulling myself off to sleep, pleasant memories were always soothing.

I imagined a paradise where the three of us were brothers and best friends. We were all married to lovely wives and had perfect children who were good at everything.

In my fantasy world, we even lived next door to each other. Our houses side by side. We were always helping each other and taking wonderful holidays together.

These thoughts took me away from the harsh reality of living with Aunty and Uncle.

It gave me hope that one day I would escape. I would be back with my real family who loved me. I knew my foster parents didn’t love me. But there were people out there somewhere who did love me. They were my brothers. Real brothers like everyone else had. Like all normal people had.

But as the years passed my memory of Billy and Arthur began to fade. High School, then studying law at nights and working full-time during the day. I thought about them less and less. Until one day I watched a sad movie about a family. I think it was called ‘My Father’s House’.

Seeing this rekindled my childhood vow.

Then I got the idea that the Child Welfare Department might offer a service of locating families. I posted them a letter. I made a copy and kept it. I waited to hear back.

One day I got a phone call at work. It was the Child Welfare. They had found Billy and Arthur.

They were in Newcastle. The Welfare wanted my permission to include my home phone number in a letter to them.

I had not told my foster parents what I had done. This was deliberate. I feared Aunty would stop me if she knew. She had stopped me all my life. She wasn’t going to shut the door on me again. I was determined to find my family. My real family.

Then one day it all happened. I got home from work. There she was standing at the front door like she did when I’d been caned at school. She looked at me and said, “We’ve had a very big shock today. Your brother Arthur phoned. You didn’t tell me. You’ve deceived us.”

I went inside and phoned Arthur. What do you say to your brother you haven’t seen for nearly two decades? Arthur was so happy.

He and Billy had been discharged back to our mother after only eight months in Royleston Boys’ Home. Arthur didn’t know why our mother hadn’t come back for me.

He wanted me to drive up to Newcastle straight away. He couldn’t wait. I had to finish the week at work but I arranged to drive up on Sunday.

I had never been to Newcastle. I didn’t know how to get there. I knew it was north on the Pacific Highway. I wore my good clothes like I was taking a young lady on a date. Brown slacks, brown shoes and a brown V-neck jumper.

I drove all the way on my own. It gave me time to think about what I was doing.

I stopped the car at Swansea, by the lake. I tried to get my feelings together. I had waited for this moment since I was 5.

But I didn’t feel ready.

I didn’t know how to feel.

I pushed on to Newcastle and to a place called Mayfield. I walked up to the front door of Arthur’s place. He opened the door and there he was.

My brother at last. Standing in front of me.

It was the first time I’d hugged a man.

Arthur had organised everything.

He took me over to meet my mother and the whole family. I sat down in my mother’s tiny one bedroom Housing Commission semi-detached home.

Billy arrived. My sisters Dianne and Veronica arrived. My younger brother and everyone’s partners came. Everyone was crying. Billy had even named his son after me.

I had nephews and nieces coming out of the woodwork. I didn’t even know I was an uncle. There was a lot to take in.

I had gone from being an only child with foster parents to having all these happy people surrounding me. They were my family and they wanted me.

We spent the rest of the day together. We had a buffet lunch at Dianne’s place at Windale and then watched Arthur play rugby league for Wests that afternoon.

It was a real country derby.

Arthur got into a fight and at full time the referee had to be escorted off the field and locked in the change room for his own protection. I’d never been to a country game. The beer flowed after and Arthur introduced me to his teammates, all drinking from cans of KB.

They had nicknames like Sharkie, Big Mick, Shep, Rocky and Pog. It was the happiest day of my life. I drove home later full of happy thoughts and the hope of better things to come. My life had suddenly changed.

All these years later we are still close. I don’t live next door to my brothers, but we have the next best thing.

I moved up to Newcastle when I got married and I’ve lived here ever since.

I know from watching family reunion shows on TV that the families don’t usually keep in contact a lot after the initial reunion.

For most people, too much time has passed.

Childhood bonds fade away over time.

We grow up and become different people.

But I’ve been fortunate.

Even though I am well educated and come from a different background altogether, my extended family accept me as one of them.

I have always appreciated that.

When I met my brothers in 1978 they were labourers working as slaughter men at the local abattoirs. They were footballers and I was a tennis player. I was a law student working in the Legal Department of a Martin Place Bank. We were from two totally different ends of the scale. But that didn’t matter one bit.

I have made Newcastle my home.

My wife, Michelle and I have raised a family here. Three of my children are lawyers or becoming lawyers. I am very proud of that.

I have had my own law firm for 31 years.

I never knew that one day I would be representing people abused in institutions and abused by clergy.

It feels like God has given me the key that opens many doors.

My childhood of abuse and neglect now has meaning. I know my life’s purpose.

I think it’s the best thing knowing you can spend your life on something that will outlast it.

I know not every foster child has been able to have the experiences I have.

Words can’t explain how sorry I am that many fellow State wards will never know the love I have come to take for granted.

Many State wards have known hard lives of neglect and abuse, and I want to see the Government take responsibility for causing this.

If you were abused as a foster child, please add your name to Peter’s List.

I want the State governments to listen to our voices.

It’s time they own up.