Why New Zealand’s Royal Commission has failed to gain traction 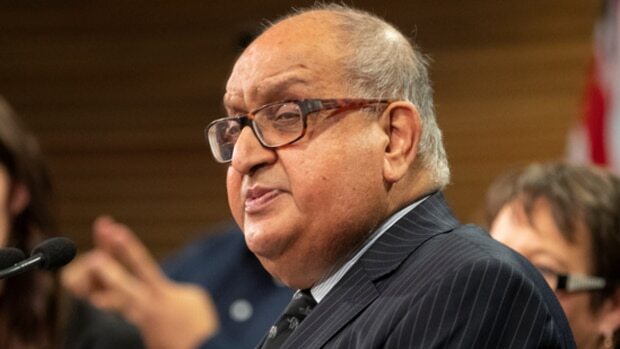 Over the years, the New Zealand government has been learning the hard way how to run a Royal Commission into Institutional Child Abuse. The embattled inquiry was announced in 2018. The Prime Minister appointed a Chair with several Commissioners and drafted the Terms of Reference.

That was the easy part.

Then the problems began.

At first, the Prime Minister wanted to restrict the inquiry to child abuse in State Care only. The original title of the inquiry included the words, “State Care”. The government had no intention to fund an expensive and lengthy inquiry into the Catholic Church and other “faith-based” institutions.

Naturally, there was outrage by survivors abused by the Catholic Church, which everyone knows is the main culprit.

Eventually, the Prime Minister bowed to the pressure and deleted the word “State” from the title and included faith-based institutions in the Terms of Reference.

That should have been done in the first place.

The Commission’s budget was already blowing out, but the mistakes didn’t stop there

At this stage, the cost and length of the Commission were blowing out.

The Prime Minister had been drawn into something far bigger than she ever anticipated, but the Commission had been announced so she had to battle on.

The Commission started talking to victims in private sessions. It then seemed to suggest the victims would have to tell their stories all over again at formal sessions. There was a classic lack of communication between the Commission and the victims.

This resulted in distressed victims and complaints. The Commission backed down, apologised for the mistakes and assured victims they wouldn’t be forced to re-tell their personal stories.

All of this went public.

Then it was discovered the Commission had given a key role to a convicted criminal. Harry Tam was given the role of Head of Policy and Research despite being a member of the criminal street gang, “The Mongrel Mob”.

This appointment attracted a lot of criticism. The decision was novel at best and pure stupidity at worst. Whoever was responsible wasn’t thinking about inspiring public confidence.

Perhaps the most tragic event was the resignation of the Chair in August 2019.

Sir Anand Satyanand was a man with a long history of distinguished civil service as a High Court Judge and Governor-General, but he was 75-years-old and apparently thought the Commission would be done and dusted within two years maximum. When the Terms of Reference were extended to include the Catholic Church, the workload blew out.

In Australia, we would have seen it coming.

Long hours and higher expectations overwhelmed him. The Chair had failed to appreciate the depth of commitment required. There were embarrassing complaints that he was falling asleep in the hearing room. He was caught nodding off in full view of the packed room.

Of course, once that happens, the public is justified in doubting the Chair’s fitness to lead the Inquiry. You would have to question his health, his age and his understanding of the weight of trauma that victims are labouring under.

His decision to quit illustrated the Chair’s lack of commitment and energy for the task. He was not prepared to lead the Commission “for as long as it takes”.

He had other priorities in life.

The Chair’s decision to quit is reminiscent of the resignation of New Zealand’s Dame Lowell Goddard who quit the Child Abuse Inquiry in the UK in 2016. Goddard, another former New Zealand High Court judge, blamed her UK staff and the enormous size of the project. She spent more time on extended personal leave than on the bench. The task was simply beyond her abilities.

Goddard returned to New Zealand branded a disgrace and a quitter. She will forever be known as the judge who was not up to scratch.

The same stigma will attach to Sir Anand Satyanand. He will always be “the Judge who fell asleep at the Child Abuse Royal Commission”.

Infiltration by a convicted sex offender: the final straw

The final straw was the revelation that a consultative group of survivors of child abuse was infiltrated by a convicted sex offender. This committee had been appointed to advise the Commission.

As it transpired, the sex offender was actually married to one of the committee members. He had travelled with the committee, mixed with them over meals and even stayed at the same hotel.

To make matters worse, we now know the Commission knew about the infiltration at least one month before the committee read about it in the news.

This all beggars belief.

Let’s hope New Zealand can regain trust in the Royal Commission and get on with the job.

Let’s hope the Commission has the commitment to the task, to do what needs to be done and for as long as it takes, and let’s hope the new Chair has the energy and the level of commitment needed to do the job with distinction.