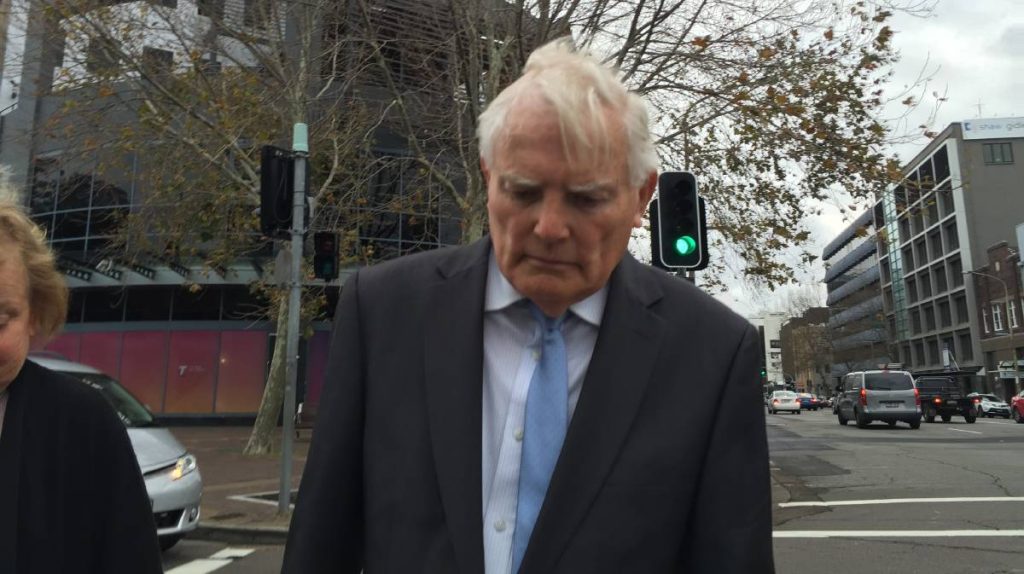 Keith Allen is a Newcastle lawyer.

He is an Anglican Church official, former trustee, and Newcastle Diocesan Council member.

He should be best known as a man who decided to cover up child sexual abuse.

Throughout his career, Allen has admitted to tearing up priest resignation letters, tampering with documents and changing dates to protect local priests from punishment for child abuse.

Allen has even represented and defended sexually abusive priests in court.

In 1990, Allen represented Stephen Hatley Gray (a now dead paedophile priest) despite knowing that he was a dangerous sexual predator.

Gray was convicted of viciously raping a 14-year-old boy in a Wyong parish.

During the proceedings, the priest resigned from the parish and submitted his resignation to Allen as evidence.

The Royal Commission heard Allen admit to ripping up the original resignation and replacing it with an altered date.

Allen changed the resignation date to one day before the victim was abused.

The commission’s Justice Peter McClellan discussed how tampering with the date would advantage the predator priest.

“By changing the date, Mr Gray would be provided with an opportunity to go somewhere else,” McClellan said.

“At the time of his resignation he was in good standing with his bishop, which would be an advantage to Mr Gray.”

Gray was given a three-year good behaviour bond. Allen considered this “very generous”.

Allen’s acts of fraud and selfishness didn’t end there.

The Royal Commission has heard Allen was part of a “brown envelope” committee for the Newcastle Anglican Church under former Bishop Roger Herft.

When an allegation was made against a priest in the Newcastle church, the statement would be placed in a brown envelope to be disclosed to the bishop.

There were more than 20 cases of child sexual abuse detailed inside the brown envelopes.

Committee members would keep the bishop informed about matters in the envelopes. Allen has denied knowing the identities of priests involved.

Keith Allen knew about the allegations of abuse but chose not to inform the police.

Allen could have stopped sexual abuse from occurring in local churches. Numerous victims could have been spared the lifelong torment, the emotional trauma, and the subsequent financial turmoil caused by childhood sexual abuse.

Keith Allen is a paedophile enabler and was investigated by the Royal Commission into Institutional Responses to Child Sexual Abuse.