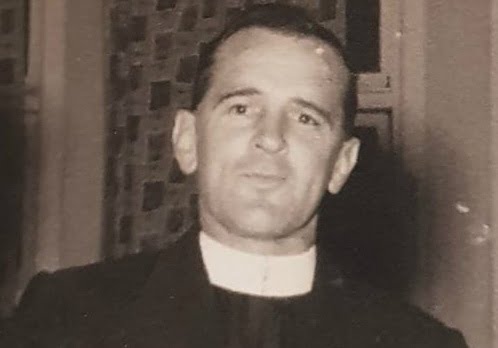 It’s well-established that paedophiles are nothing short of monsters. They stalk and hunt and ruin the lives of young innocent children, all under the protection of their church organisation.

John Aloysius Littler (otherwise known as Brother Nestor) was one such monster. He was named for an ancient saint but he was far from saintly.

Recruited by the Marist Brothers in the 1940s, Littler began his career of abuse and misery at St Vincent’s Boys’ Home. This is where the abuse started. In this article, we expose Littler’s horrific crimes and share how he was finally brought to justice.

From 1955 to 1964, Littler abused young orphans at St Vincent’s Boys’ Home before eventually being transferred to St Joseph’s, Hunters Hill, in Sydney.

The Marist Brothers put the paedophile in charge of a dormitory for six years.

He was then relocated to Maitland, where he continued his reign of terror against students of the Marist Brother’s School. He was the Principal. He had full access to students. It was said he was a bully and incredibly cruel. By then he was universally known as “Nestor the Molester”.

One student alleged Littler struck him with a one-metre bamboo cane with such severity that he went home after school and walked straight into an ambulance station where an officer treated his injured hands.

After abusing and raping students in Maitland, Littler relocated to Parramatta Marist High School in Western Sydney, where he stayed until 1985. He was made Principal Brother Terrence Mulligan who was also convicted for child abuse committed during his career as a Marist Brother.

In the early 1990s, one of Littler’s earliest victims came forward with his story of abuse and suffering. He told the police he was sexually abused in 1962 when he was just 15-years-old.

In 1993, the judge praised the victim for coming forward and said he was not someone who was “seeking vengeance”.

“I get the strong impression that he [the victim] wants the truth to come out and he wants to come to terms with the way these events have affected him. It took great courage on his part to bring these matters to light,” the judge said.

Littler pleaded guilty to three counts of indecent assault. However, the judge noted Littler’s ill health, his “remorse” and “high standing in the community” (i.e. being a member of the Catholic religious order), so Littler avoided jail and was given a lenient good behaviour sentence.

This provided little justice for the victims whose lives were ruined.

News of the court case encouraged more former inmates of the Westmead Boys Home to come forward with allegations against Littler. In response, Littler fled to the United States in breach of his good behaviour bond.

It took three years for the police to track him down. He was found at a Marist Brothers study centre in Chicago, where Littler claimed he was “ministering”. He was extradited back to Australia and was charged with an additional 30 offences committed between 1954 and 1964 against six victims.

A magistrate committed him for trial at the Sydney District Court. A District Court judge put aside most of these new charges and the remainder, relating to two students, were listed for trial.

In May 2001, Littler’s case was granted a permanent stay. This was a victory for Littler and the Marist Brothers.

Patrick Garnham successfully achieved a financial settlement with the Marist Brothers. He later spoke to the Newcastle Herald regarding his settlement and the aftermath:

‘‘I know what effect it had on my life until I spoke about it. For me to come out the other side and be the man I am today, it was important for me to step out of the shadows,’’ Mr Garnham said.

He told the Marist Brothers he was a ‘‘blond-haired, blue-eyed, happy fellow’’ in year seven in late 1976 when a school loudspeaker crackled into life one morning while he was playing handball near Littler’s office. A voice said ‘‘Patrick Garnham wanted in the office by Brother Nestor’’.

‘‘I had no idea what I was being called there for,’’ Patrick said.

In his complaint to the Marist Brothers, Patrick said Littler, then 50, said little beyond the boy’s name before the abuse started.

In his complaint, Patrick said he screamed and heard knocking on the office door. He told the Marist Brothers Littler told him he ‘‘screamed like a little girl’’.

Patrick believes adults at the school knew he had been abused.

‘‘Who was going to believe me, an eleven-year-old boy, up against the principal? That was what I was always telling myself until years later when I had to say something.’’

“I put it behind doors in my mind, bolted it, chained it, no-one was ever going to find out about it, and that has a terrible impact on your life. It shattered my life.”

“No amount of money could cover the impact of what happened to me but at the end of the day it was more about the apology.”

Patrick, like many other survivors of sexual abuse, have achieved compensation either through the National Redress Scheme or civil claims. While it cannot undo the damage of childhood abuse, it is a positive step towards healing. Compensation and a formal apology can make the healing process easier.

At Kelso Lawyers, we fight for people like Patrick.