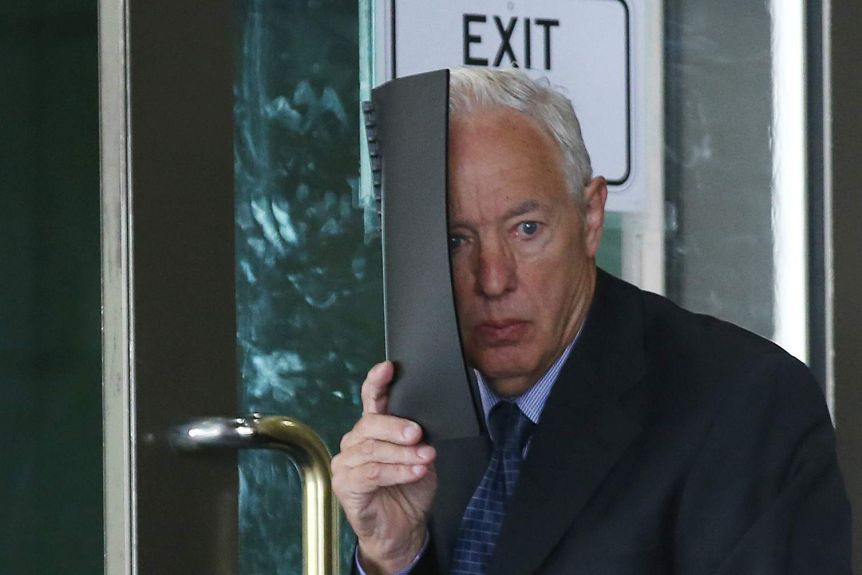 In the 1970s, St Alipius Primary School in Ballarat was a “nest of paedophiles”.

The school had some of Victoria’s most prolific paedophiles on its staff. Former Brother Edward Dowlan (now Ted Bales) and the school principal, Brother Robert Best, are now in prison for their crimes against children at the school.

According to the Victorian Parliamentary Inquiry, “the only person who was working at the school at that time who did not offend against children was the sole female lay teacher”.

Brother Stephen Farrell flew under the radar. When children started to come forward to the police, fellow Christian Brothers provided character references to protect him.

Farrell was one of the worst paedophiles to pass through the school, leaving a long line of victims behind him

Farrell taught at St Alipius Primary School in 1973 and 1974. He was in his early twenties.

At the end of 1974, Farrell was no longer a brother but he continued to teach at Catholic Schools for several years.

In 1997, two men came forward to Victorian Detectives. When the men were aged nine and 10-years-old respectively, they were sexually abused by Farrell at St Alipius.

The younger boy was abused in 1974. He was abused in a sports storage room during class, classrooms after school and on school trips.

Farrell pleaded guilty to nine counts of indecent assault in 1997

He was sentenced to two years in jail, suspended for two years which means he spent no time behind bars for his crimes against the boys.

In 2013, Farrell was back in court facing fresh charges.

In 1974, Farrell indecently assaulted another 10-year-old boy. Farrell was teaching an art class when the boy spilled paint on his pants.

Farrell took the boy to the sick bay and indecently assaulted him.

The boy went home to his mother and told her what happened. His mother approached the Headmaster of St Patrick’s College, Brother Paul Nangle, about the abuse.

The police were not notified.

The boy – now a man – said it was the “worst and scariest” day of his life and the impact of abuse was profound.

Farrell pleaded guilty. He was given three months in prison and placed on the sex offenders list for life.

He faced additional charges involving two more of his underage students. He pleaded guilty and was sentenced to 18 months in jail with 14 months suspended.

He spent four months in jail.

At the time, one of the victims involved in the 1997 case, Phillip Nargle, said he was “very, very satisfied” Farrell was finally going to spend time behind bars.

“Farrell was absolutely running amok, he had a cubby house at the back of the classroom, so he could take kids down during class so he could sexually abuse and assault them,” Phillip said.

“They were scary times, in a class of 33… a lot of them committed suicide… they can’t come here and testify and hold this guy accountable, that’s part of the reason I’m here.”

“The guy’s got five victims and 15 convictions and he’s going to do four months in jail. We were little kids, nine or ten years of age, and they were very, very serious sex offences that he committed against us.“

Because Farrell allegedly never reoffended after his time at St Alipius, he was given the benefit of the doubt and considered “rehabilitated”. He received a slap on the wrist for the horrendous crimes he committed.

Farrell should have spent more time behind bars. His victims should have received a better outcome.

One survivor reached a $1.5 million settlement with the Catholic Church

A former student of St Alipius Boys’ School reached a $1.5 million settlement (plus costs) with the Christian Brothers and the Catholic Church in April 2021. The victim was abused by Gerald Ridsdale, Gerald Leo Fitzgerald and Farrell in the 1970s.

It was one of the largest settlements of its kind.

While the victim went on to have a successful career as the executive of a multinational company, he has always struggled to trust men and has no male friends. In 2015, he gave evidence to the royal commission under the pseudonym BAQ.

“It made me face what I couldn’t face,” he said. “There was lots of pain but I never regretted the process.”

“I feel vindicated and listened to. The church has taken responsibility for what they did to me,” he said. “It can’t erase the memory but I can move on.”

After recounting his experiences, he nearly lost his marriage and quit a job that he loved.

“I reached the point where I thought, ‘I can’t do this anymore’ and after taking some leave I resigned.”

The Christian Brothers have spent more than $300 million on settlements to sexual abuse victims from 2013 to 2019 with the local wings of the religious brotherhood depending on huge injections of cash from its regional headquarters to meet its obligations.

At Kelso Lawyers, it’s our mission to support victims of child sexual abuse and get the ideal outcome. We will achieve compensation and apologies from the offenders and/or institutions.