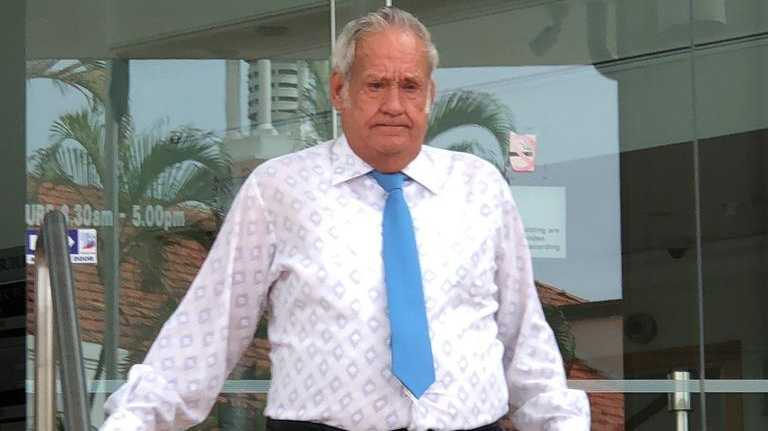 St Joseph’s Home (otherwise known as the Neerkol Orphanage) was the last place on earth for hundreds of wards of the state in Queensland. The Sisters of Mercy ruled over the children with an iron fist and dished out harsh punishments including floggings, deprivation of meals and stomping on children with high heels.

The children also lived in fear of the priests from the Catholic Diocese of Rockhampton. The priests would abuse, rape and sodomise the children – but it wasn’t just the priests. Other staff members were to blame, too.

One of the worst of the alleged offenders was Mr Kevin Baker.

He was the groundskeeper.

In this article, we shine a spotlight on Baker’s crimes and how he was brought to justice.

Baker was a former resident of Neerkol. In adulthood, he secured a job as the groundskeeper and was given “free run of the place”.

Baker’s most vocal alleged victim, known as AYL, told the Royal Commission into Institutional Responses to Child Sexual Abuse all about her experience at Neerkol and the hell Baker put her through.

From 1963 onwards, Baker allegedly raped and abused the preteen girl. On one occasion, AYL allegedly caught Baker raping another boy until blood was running down his legs. AYL reported the abuse to the Sisters but she was slapped across the face and forced to clean the floors with a toothbrush.

According to AYL’s testimony at the Royal Commission, Baker allegedly cornered her the next day and raped her with both his fingers and a broom handle. He allegedly told her if she made another accusation against him, he would force the broom not a “few inches, but a few feet” inside her.

As a last resort, AYL went to the confessional and told Father Kevin Anderson about the ongoing abuse.

She was told she was just like her mother who had been sent to a mental health clinic.

On another occasion, Baker and two other male employees allegedly bound, gagged and raped her, leaving her pregnant at the age of 14-years-old. Again, she wasn’t believed and instead sent to Mitchelton, Brisbane, where she gave birth. A nun took her baby away, never to be seen again.

“I do not know what happened to the baby,” AYL said.

“At the time, I was told that I was having the devil taken out of me.”

AYL was not the sole survivor of Baker’s alleged wrath.

Baker would also allegedly abuse the boys wherever possible. According to another of Baker’s alleged victims, Joseph Kiernan, Baker would watch the boys shower and touch them to make sure they were clean.

In 1988, Kevin Baker was indicted on 59 charges related to his time at Neerkol

Baker faced several trials but was never convicted. He still maintains his innocence.

“I am putting to you that he [Baker] rejects what you say about him but you would nonetheless maintain that what you have said is correct?”

What a slap in the face for the individuals who have had to live with what Baker allegedly did to them. After years of sexual abuse and harassment, Baker’s lawyer had the gall to ridicule their testimonies.

Justice was not served in Kevin Baker’s case – but justice can be served in yours.

At Kelso Lawyers, we’re passionate about representing survivors of institutional child abuse. Whether you were emotionally, physically, or sexually abused by a member of an institution, our team is here to help bring down your abusers and achieve compensation for the trauma you’ve experienced.