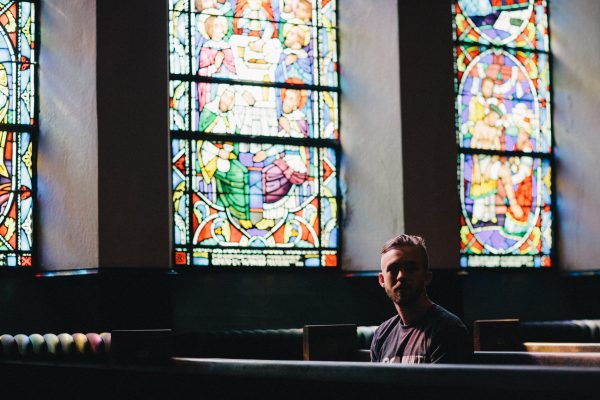 On October 22, Prime Minister Scott Morrison apologised to thousands of survivors of child sexual abuse, recognising the “dark, evil times” children suffered at the hands of priests, teachers and foster carers among a long list of other professions linked to government institutions.

Hundreds of survivors travelled to Parliament House in Canberra to hear the Prime Minister’s emotional speech.

“On behalf of the Australian people, this Parliament and our government… I believe you, we believe you, your country believes you,” Morrison said.

“Not just as a father, but as a Prime Minister, I am angry at the calculating destruction of lives and the abuse of trust, including those who have abused the shield of faith and religion to hide their crimes – a shield that is supposed to protect the innocent, not the guilty.”

Throughout the heartfelt speech, the Prime Minister also shared his support for the National Redress Scheme, despite the fact that the scheme excludes victims with a criminal history from redress as well as survivors who experienced beatings and emotional abuse.

Enraged, one audience member shouted, “Why do the institutions still get public money?”

The Healing Foundation – an Aboriginal and Torres Strait Islander foundation – is concerned the government will not take meaningful action following the recommendations of the Royal Commission.

The commission found more than 14% of respondents to the Royal Commission came from Aboriginal and Torres Strait Islander communities. In response, the Healing Foundation has created a proactive cultural framework for healing and ensuring meaningful action is made.

“This report documents a cultural framework for addressing child sexual abuse and protecting our children now and into the future because we know the legacy of trauma is not just in the past,” chief executive of the Healing Foundation, Richard Weston, said.

Recommendations from the commission included access to tailored treatment and support services as well as funding for Aboriginal and Torres Strait Islander healing approaches. However, Western Australia still hasn’t passed legislation referring powers to the Commonwealth – making it difficult for Western Australians to receive compensation through the National Redress Scheme.

Western Australian residents can submit an application but a decision won’t be made until the legislation goes through in 2019.

“However, it requires a long-term commitment from Aboriginal and Torres Strait Islander people, communities and organisations, the broader Australian community and mainstream organisations and collaboration between State and Federal governments.”

National Redress Scheme yet to process the bulk of compensation applications

Three months into the National Redress Scheme, it has been revealed that few applicants have received compensation for their suffering from child sexual abuse.

The scheme launched in July 2018, and according to a report via the ABC, just a small fraction of the 1,500 applicants have received compensation. There are around 60,000 Australian survivors who may be eligible to receive compensation and $4 billion is required to fund the scheme.

Due to the wait time with the National Redress Scheme, an Australian organisation which helped 9,000 survivors tell their stories at the Royal Commission is now prioritising older survivors and survivors suffering from terminal illnesses as there might not be much time left for them.

“Many people are coming forward in the latter stages of their life to seek redress,” the chief executive of the organisation said.

“We think survivors’ interests are served by institutions making the decision (to compensate) victims quickly… so that survivors can look at the scheme and see those institutions are participating.”

The not-for-profit organisation has lodged 115 applications with the National Redress Scheme that were considered “urgent” due to illnesses and advanced age, but none have been resolved.

The scheme is also stopping thousands of victims from achieving compensation as it is not yet national. Only applications made in New South Wales, Victoria, ACT and the Northern Territory can be processed, while South and Western Australians are made to wait until 2019.

Take action against criminal abusers now with Kelso Lawyers. We can help streamline the process and achieve justice.