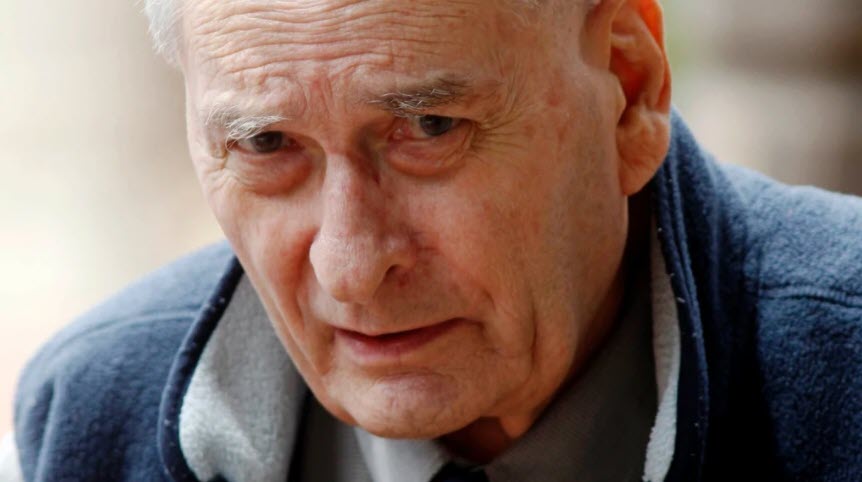 The Marist Brothers have caused a lot of pain and suffering over the years. Countless children – now adults – experienced physical, sexual, and psychological abuse at their schools on a daily basis.

This horrendous level of trauma was inflicted by teachers.

Francis William Cable, otherwise known as “Brother Romuald”, was one of many paedophile teachers working in Marist Brothers schools. In Maitland and Pagewood, Sydney, he was known to rape, molest, and physically abuse vulnerable children aged 13 and 14-years-old.

Cable’s superiors concealed his abusive behaviour. Because of this, Cable was allowed to continue his reign of terror – he was given a “green light” to abuse children, so to speak.

Now, Cable’s crimes are out in the open.

No more hiding behind closed doors.

In this article, we recount the heinousness of Cable’s crimes and shine a light on the Marist Brothers’ shameful inability to report child abuse.

“Brother Romuald” and his history

Cable attended a Marist Brothers school when he was a child. According to child abuse reporters, Broken Rites, he became well acquainted with their practices and “handling of boys”.

He was later selected to undergo training and become a Marist Brother.

In 1952 when Cable was 23-years-old, he took his “first vows” at the Marist Brothers’ training institution at Mittagong, Sydney. There were multiple other paedophile priests there including Brother Kostka Chute and Brother Oswald MacNamara.

Cable was given the name “Brother Romuald” after an ancient saint – however, Cable would not follow the same “saintly” path. Throughout his career, Cable molested boys in his office, behind his desk, and on school excursions – starting with St Vincent’s Boys Home at Westmead in Western Sydney.

While there’s no evidence and no witnesses surrounding his time at St Vincent’s Boys Home, Broken Rites believes Cable was targeting children at the school.

Most evidence came from schools in Newcastle and Sydney.

Cable was the technical drawing teacher and class master in Hamilton, Newcastle, and Pagewood, Sydney, from 1960 to 1974. Throughout his career, he would fondle his students, rape them, and force them to perform oral sex on him. Afterwards, Cable would threaten the boys with physical violence, expulsion, and social isolation if they even thought about reporting him.

He justified his actions by referencing quasi-religious doctrine. After raping one of the boys, he said:

“You have the mark of the devil on you and I need to get the devil out of you and this is how I have to do it.”

On another occasion, he told a student:

“You’ll do what you’re told because I can do whatever I like – you’re not even a Catholic.”

“You won’t say anything. You’re evil. People will be ashamed of you.”

In the late 1970s, Cable quit the Marist Brothers. He became a regular teacher and his students knew him as “Mister” Rom Cable. In the 1980s, he worked at St Edmund’s College in Canberra despite two former principals having received complaints about Cable’s behaviour.

In the 1990s, he was also teaching at the Marist Brothers College in Canberra.

Over the decades, 19 children were abused. So many lives were ruined because Cable couldn’t control himself, nor would anyone stop him.

It took decades for survivors to come to terms with what happened and report Cable to the police.

In 2013, survivors reported Cable to the police 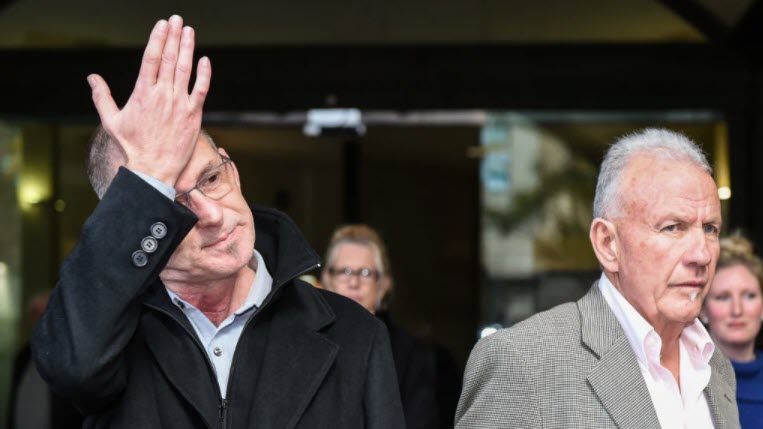 In 2013, Terry Skippen broke his silence.

Terry told the police about the abuse he experienced at the Marist Brothers school in Maitland.

“I had to do something,” he told reporters.

“I knew if I was going to have any recovery and enjoy the rest of my life I had to start if off.”

“And then of course the victims grew. It started with myself and then one became two and two became eight, eight became twelve and so it went on and we ended up with 19.”

Terry’s courage to report Cable led to an extensive investigation, a trial, and Cable’s conviction. He was convicted of more than 25 child sex charges. Realising the strength of the case against him, Cable also admitted to 11 other indecent assaults.

This was not a sign of remorse. He simply recognised he was fighting a losing battle.

“The audacity of the conduct is frankly breathtaking,” Judge Whitford said.

“It’s impossible to conceive that the offender had any motivation beyond his own sexual gratification, which he pursued without any consideration for the childhood, innocence, and future of his victims,”

“The circumstances bespeak little concern about being detected and certainly no concern for the welfare of his victims.”

Terry and another survivor, John Dunn, decided to waive their legal right to anonymity to raise awareness of child sexual abuse and to encourage others to come forward.

“The perpetrator, in this case, thought that at 83, he was going to get away with it and now he’s going to spend at least eight years in jail.”

To make the situation even more heartbreaking, there was someone influential who could have stopped Cable in the 1960s and 70s.

Brother Christopher was in charge of the Marist College in Canberra during the final years of Brother Kostka Chute, another paedophile priest who repeatedly abused boys between 1962 and 1993.

Like Cable, Brother Chute was not removed from his teaching position.

Still, Brother Christopher did not go to the police. He said he was scared of Brother Cable because he was “a bully”.

In 2016, the Royal Commission questioned Brother Christopher about the suicide of a 13-year-old student from Hamilton. According to the boy’s mother, Brother Christopher, Cable, and other Marist Brothers arrived at the family home the night of the boy’s suicide and looked for a suicide note.

Brother Christopher said he did not “recall ever having been in that set of circumstances”.

He was then accused of being a coward and a liar.

How could a normal, rational person forget something like that?

In 2020, William Wade (otherwise known as Brother Christopher) finally admitted to concealing information from police. In 2014, the police were investigating allegations of child abuse at the Marist Brothers schools.

The allegations were related to Darcy O’Sullivan (otherwise known as Brother Dominic) and Cable.

Wade acted “completely shocked” when they mentioned Cable. He said he only ever heard one complaint about the paedophile priest.

Despite admitting to the offence, Wade was able to escape jail time.

Wade, now 86-years-old, was sentenced under 316 of the Crimes Act. From 1990, it was made an offence to conceal an indictable offence. Because the abuse occurred in the 1970s, he was charged based on the criminality at the time of the charges (2014) rather than when the complaints were made.

He was given four months imprisonment in the community.

“It seems obvious that had the offender done his duty by his students for whom he was responsible at the time they made their complaints, the further sexual abuse of other victims may have been prevented,” Acting Justice Adams said.

“His inaction and silence thus contributed to terrible consequences.”

“His failure to take action, however reprehensible at the time, was not then a criminal offence, and he has not been charged with that failure.”

Four months at home is a slap on the wrist compared to the seriousness of Wade’s crimes. Wade allowed men like Cable to abuse scores of students.

At the hearing, one of the Marist Brothers students spoke about the trauma he had suffered over the last 45 years. He told Wade he had been abused but no action was taken.

“I have been ashamed of myself most of my life,” he told the court.

“What happened to me is never far from my thoughts.”

Both Cable and Wade had a terrible, lasting impact on the lives of their students. Around 19 students were doomed to endure the consequences of Cable and Wade’s actions – trauma, mental health issues, post-traumatic stress, and more.

The survivors were brave enough to step forward and demand justice. While it took decades to achieve, in Terry Skippen’s words, “it’s never too late”.