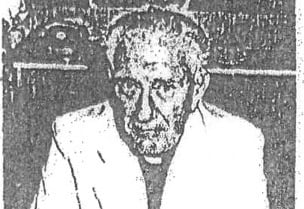 Neerkol Orphanage (otherwise known as St Joseph’s Home) was one of the worst institutions in Queensland for child physical and sexual abuse.

The perpetrators of these horrific beatings?

The Sisters of Mercy.

Nuns serving under the watchful eyes of god, blatantly disregarding their vow to protect the weak and vulnerable.

However, the nuns were just one symptom of an overall flawed system of child care. Neerkol Orphanage was also home to several paedophile priests serving as teachers – and one of the worst was Father John Anderson.

Before Neerkol, Father Anderson also worked as a parish priest at St Patrick’s in Mackay as well as St Ann’s.

Three former residents of the orphanage told the Royal Commission into Institutional Responses to Child Sexual Abuse Father Anderson regularly molested or raped them during their time at Neerkol.

David Owen is a client of Kelso Lawyers. At 76-years-old, David submitted evidence in the Royal Commission against Father Anderson.

David became a ward of the state when he was five-months-old and he lived at Neerkol until 1956 when he was 15-years-old and working on farms.

The abuse escalated over time and soon, Father Anderson was raping David twice a week for almost two years.

Father Anderson told David (as well as other victims) he would go to hell if he told anyone about the abuse.

“I was told by Father Anderson that it was not a sin for a child to have impurity with a priest but it was a mortal sin to tell anyone about it — and that if I did so, I would go to hell,” David said.

The abuse had immediate effects on David. He would wet the bed and the nuns would force him to stand naked in full view of other residents with the soiled sheet over his head.

He would then be flogged and forced to have cold showers.

For example, AYD became a ward of the state with his siblings and experienced sexual touching at the hands of Anderson.

In 1997, AYD became a key player in the Neerkol Action Support Group (NASG) which co-ordinated a class action for former residents seeking compensation from the Diocese of Rockhampton, the Sisters of Mercy and the Queensland Government.

AYE was taken to Neerkol when he was one-year-old. Between the ages of 9 and 12, he was sexually abused by Anderson and fellow priest, Reginald Durham. AYK and her sister AYO experienced the same treatment.

Most of Anderson and Durham’s victims kept quiet about the abuse they experienced out of pure fear. Others kept quiet because they had been threatened or felt they had no-one to talk to.

This is a common feeling for survivors of child sexual abuse.

Unfortunately, in this case, the allegations came too late for Father Anderson. He got the easy way out.

Father Anderson died in 1986. He was never charged for the abuse and pain he caused the residents of Neerkol. He was never even questioned about it.

Durham, on the other hand, did.

In 1997, Durham was charged with 40 sexual offences against six complainants.

In February 1999, he pleaded guilty to six counts of indecently touching a young girl and sentenced to 18 months’ jail.

He was also found guilty of one count of rape and sentenced to 7.5 years. This conviction was later overturned because Durham was found to be unfit to face a retrial on the basis of his mental health.

It’s not too late to expose sexual predators for the crimes they’ve committed. Father Anderson may have died before being punished for the lives he ruined, but his name has gone down in flames.

Kelso Lawyers is here to walk you through the compensation process. You’re not alone in taking a stand.