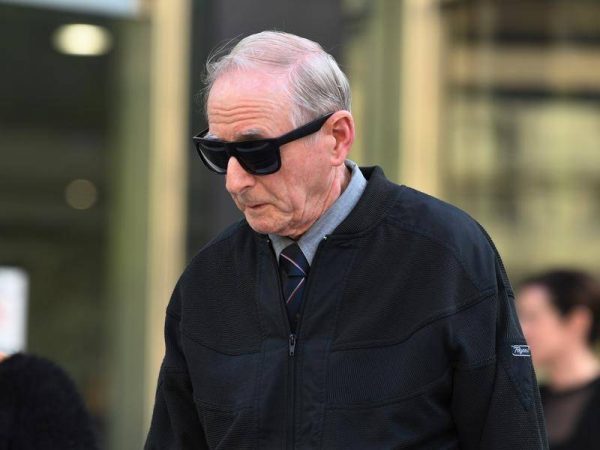 Source: Newcastle Herald (please note we do not own copyright of this image)

Gerard Joseph McNamara was a sports master and school principal in Victoria. He worked in various schools including St Patrick’s College, Red Bend College, St Paul’s College, and other Marist Brothers schools in Wangaratta and Bendigo.

He was in a position of power and dominance in all of these schools.

He chose to abuse that power.

Throughout his teaching career, he abused at least five children who were aspiring sportsmen. He gave them horrific “sports massages” and abused one child at least 30 times.

The paedophile started abusing children in the 1970s when he was teaching at St Paul’s Catholic College in Traralgon. As the sports master of the school, McNamara often assaulted aspiring athletes on a massage bench after enduring injuries from athletics.

He would massage the children with a potent cream like Dencorub and when the boys returned to class, the smell of the cream conveyed to other students that they had gotten “a rub down from Brother Gerard”.

One of McNamara’s victims who was 11 or 12 at the time recalls being laughed at by the other boys for smelling of McNamara’s Dencorub cream.

In 1994, “Sam” contacted abuse survivor support group, Broken Rites. He told the group that McNamara had assaulted him as a child and when he complained to a senior Marist Brother, he was ignored and disregarded. McNamara continued teaching and serving as a Brother.

Four decades after the initial abuse, McNamara’s victims started to come forward to police. In 2004, the paedophile principal faced the court for his crimes. When asked how he wished to plead regarding six victims in total, McNamara plead guilty.

The court heard that McNamara was a violent teacher and often used a strap or switch to discipline the children. Sometimes, he would take children to a bedroom near his office to abuse them, or invited them to the sports shed.

Students were well aware that McNamara was a paedophile and dreaded invitations to the sports shed.

In written statements, survivors admitted to telling their parents about the abuse. However, parents were conditioned to believe the Marist Brothers rather than the children and did not believe them.

This ruined the relationship between many children and their parents. Later in life, survivors reported having low self-esteem, relationship problems, feelings of powerlessness, and a loss of faith in religion.

In 2005, McNamara was sentenced to a 36-month jail sentence. The Marist Brothers appealed this sentence and McNamara was soon released, however, placed on the sex offenders list.

Over a decade later, McNamara faced the Melbourne Court again for abusing two males under the age of 16 at St Paul’s College. He was sentenced to 16 months in jail but again, the sentence was suspended.

In 2018, McNamara faced the court again. At the age of 80, McNamara was sentenced to 9 months in jail, a pitiful attempt at punishment on behalf of the court. The lives of five children were ruined and the paedophile will spend less than a year behind bars.

Outside the courtroom, one of his victims said, “I think [the outcome] is just appalling.”

“This is the fourth time this sick monster has been criminally charged and the sum total is nine months’ jail time. That is just ridiculous.”

McNamara is serving a short jail sentence due to his advanced age, but that should not be a reason to be lenient on a vicious paedophile. This is not justice. This is leniency.

We can’t let paedophiles like McNamara get away with their crimes. At Kelso Lawyers, we strive to help survivors of child abuse achieve justice.