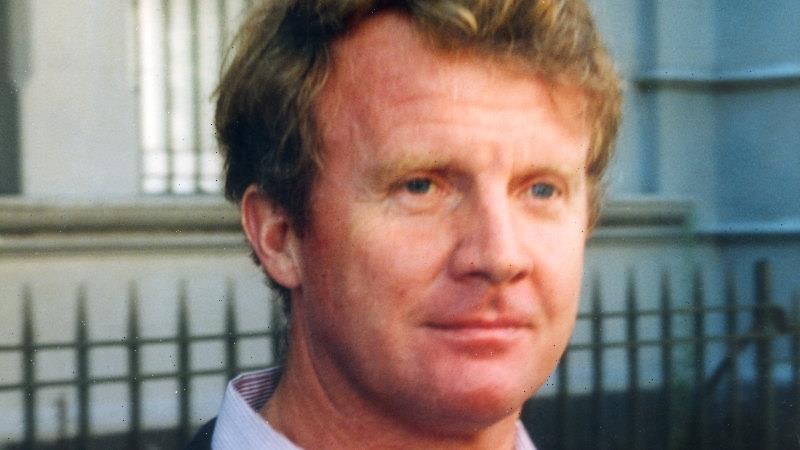 Brother Edward Dowlan, now known as “Ted Bales”, was part of a ring of paedophile offenders stalking the halls of St Alipius Primary School — among many other Christian Brothers schools.

Between the 1960s and 1980s, Brother Dowlan physically, sexually and emotionally abused 50 children throughout Victoria. His victims were often aged around 11 or 12 but some were as young as eight or nine.

Now it is expected Brother Dowlan and his peers will die in prison due to their old age and ill-health. Thanks to countless brave survivors, Brother Dowlan or “Bales” will get the punishment he deserves.

In this article, we cover Dowlan’s background, his horrendous crimes and the bizarre court proceedings that led to his eventual imprisonment.

According to Broken Rites, an organisation that researches and exposes child sex abuse cover-ups in the Catholic Church, Brother Dowlan was born in Melbourne in 1950.

He was educated by the Christian Brothers. In school, he was able to absorb their culture — the chaplain of Dowlan’s school was Father Desmond Gannon, a prolific child sex offender.

Brother Dowlan became a full-time sex offender when he started teaching at St Alipius Primary School in 1971 when he was 21-years-old. This was just the start of a long, horrific reign of terror. 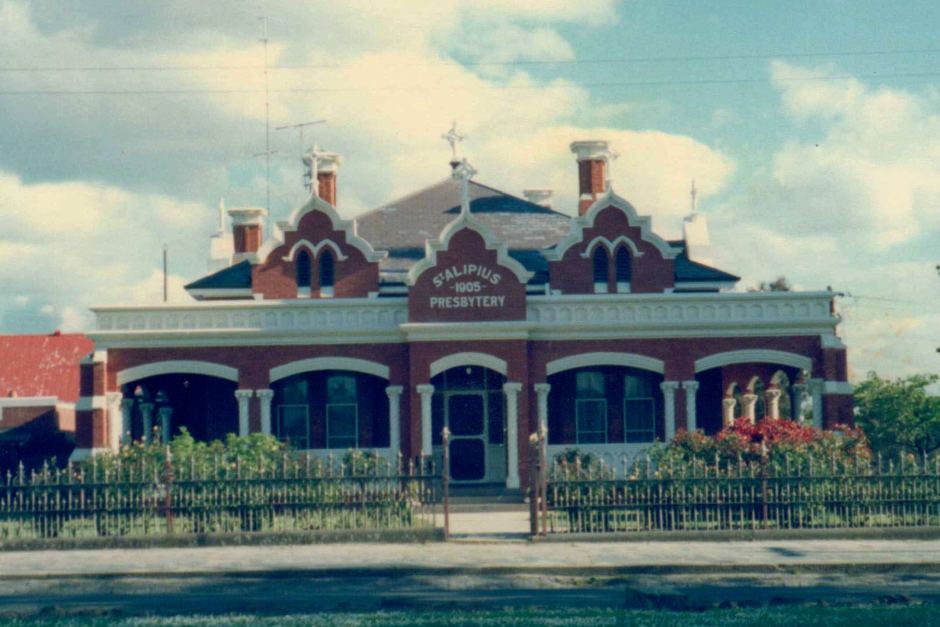 Ballarat was one of the most horrific sites of Catholic child abuse in Australian history. In 1971, it was revealed that all male teachers (even the chaplain) were molesting children — including Brother Dowlan.

Dowlan was among friends at St Alipius — he worked with a fellow child sex offender, Brother Robert Best, who went on to be convicted in 1996, Brother Gerald Leo Fitzgerald (now deceased) and Father Gerald Ridsdale (convicted in 1994).

During the Royal Commission, Counsel Assisting the Commission, Gail Furness SC, said one of the survivors had a photo of his Year 4 class at St Alipius and of the 33 boys pictured, 12 had committed suicide.

Survivor Andrew Collins was abused by four different offenders at Ballarat schools and churches in the 1970s. He said the number of victims who had committed suicide from the Ballarat area was “horrendous”.

“There’s been over 40 confirmed suicides where suicide notes have been linked to the abuses, but we’re aware of many other victims who have taken their own lives,” he said.

“We’ve had 10 [suicides] in the last 12 months and it is just painful and horrendous to open up the newspaper and see that somebody you know, you know was abused, hasn’t told their family, has taken their own life.”

Brother Dowlan alone was known to upset the boys (either physically or emotionally) to make them cry, then cuddle and molest them. He used horrific tactics to get what he wanted.

But that wasn’t all he did to the students.

When Dowlan was initially charged in 1994, he faced 64 counts (including buggery) against 23 boys. According to court documents, he would abuse the boys in classrooms, sports rooms and change rooms, showers and the boys’ homes.

At times, the offences would occur at the back of the classroom during a lesson. He told the other students not to look back.

Dowlan was able to coax the boys to the back of the room under the guise of discipline.

He was able to use intimidation tactics to force the boys into submission. Sometimes, there would be 20 to 30 witnesses in the room but because he was a Christian Brother, all of the children were too scared to report the abuse.

Occasionally, Dowlan would also meet with boys in empty classrooms and make them talk about their family problems before molesting them.

Court documents from 1996 included a “statement of agreed facts” submitted by the defence and the prosecution. The documents showed the Christian Brothers knew about Brother Dowlan’s offences early in his career but continued to give him access to children.

For example, Dowlan was moved from St Alipius to St Thomas More in Forrest Hills in 1972. One of the Forrest Hills victims known as “Max” said parents started to complain about Dowlan and he was removed from the school, only to be moved to St Patrick’s College in Ballarat.

The parents were told Dowlan was going to a “religious retreat”.

At St Patrick’s College, Dowlan was made a dormitory master and has his own bedroom near the dormitory. In 1974, Dowlan assaulted a 13-year-old boy known as “Peter” in the middle of the night.

Peter immediately called his parents and they were there at 6am to pick him up and take him home. Peter’s parents complained to the headmaster, Brother Paul Nangle, and moved their son to a different school.

Another St Patrick’s student named “Roger” wanted to press criminal charges but the Christian Brothers talked his parents out of it.

From here, Dowlan was moved from orphanage to orphanage in short, random stints.

In 1982, Dowlan spent time working at Melbourne’s Cathedral College. A victim named “Jamie” was 12-years-old on his confirmation day and Dowlan took a crucifix as a gift to the boy’s home.

According to court documents, Dowlan indecently assaulted Jamie in his bedroom and then took him to the confirmation ceremony. Jamie continued to suffer from the trauma of the abuse and in 2013, Jamie committed suicide. He left a widow and three children behind him.

In the mid-1990s, twenty years after his first crime, one of Dowlan’s victims had a private chat with detectives from the Victoria Police child abuse investigation unit. This led to further interviews with other victims.

In 1993, the prosecution started and the Christian Brothers Victoria-Tasmania management was determined to defend Brother Dowlan and Brother Robert Best. In an early court hearing, his counsel told the judge:

“Expense is not a problem, your worship.”

The Christian Brothers also hired private investigators to look into the victims outside of court. An investigator called and interviewed three victims which was considered “highly inappropriate” by the criminal justice system.

In 1995, Dowlan was ordered to appear before the Melbourne County Court.

In 1996, pre-trial submissions started but Dowlan secured a three-month adjournment on the grounds that Channel Nine’s Sixty Minutes program featured an item on priests in Ireland who broke their vows of chastity and fathered children. This had nothing to do with the Christian Brothers.

The Christian Brothers obtained a court order to prohibit television networks from airing:

The church’s lawyers also applied to have separate juries for Brother Dowlan and Brother Best to make the jurors think there was only one offender and it was an isolated incident.

Finally, the prosecution and defence reached a compromise via a plea bargain. The prosecution withdrew various charges including the more serious charges of buggery and Dowlan pleaded guilty on 16 counts of indecent assault. These included:

Because of Dowlan’s guilty plea, the victims were not required to give impact statements in court.

Dowlan “still acceptable as a Christian Brother” according to the defence

After the guilty plea, the judge accepted submissions from the prosecutor and defence to determine what kind of sentence to hand down to Dowlan. Naturally, the defence lawyer asked for a lenient sentence and said Dowlan was still acceptable as a Christian Brother.

Brother Dowling claimed the Christian Brothers “have no policy of excluding a convicted person… and we will continue to support him” despite his conviction.

During the submissions, Judge Elizabeth Curtain said Dowlan showed no remorse or regret for the trauma he had inflicted on his victims. He offered no apologies and did not seem concerned about the welfare of his victims.

She said Dowlan’s attitude caused doubt about his prospect of rehabilitation.

In mid-1996, Dowlan (then 46 years old) was sentenced to nine years and eight months in jail with a non-parole period of six years. After a church appeal, it was reduced to six and half years.

At this point, it is estimated that the Christian Brothers had spent $400,000 defending Dowlan.

At the age of 64 years old, Dowlan was charged again. Thanks to a Victorian parliamentary inquiry into child sex abuse, many victims had come forward about Dowlan and the various crimes he committed against them in their childhood.

The privacy did not last long for the offender — he was arrested and called back into court on further charges.

Bales faced 48 charges of indecent assault and gross indecency against 14 boys in the 1970s and 1980s. However, he was released on bail for the prosecution process. As months passed, multiple new victims came forward, resulting in further charges.

In March 2015, Bales was sentenced to a further six years in prison. Melbourne County Court judge Richard Smith said Bales had used his position as a Christian Brother to lord power over the victims and showed no remorse for his crimes.

After Bales was taken back to prison, the Director of Public Prosecutions (the DPP) appealed the sentence saying Bales deserved more time in prison. The Victorian Court of Appeal ruled in favour of the DPP and adjusted the sentence to eight years and five months in jail with a five-year non-parole period.

Since the 2015 sentencing, multiple victims have come forward and bravely spoken to police about the abuse inflicted by Bales or “Brother Dowlan”. Detectives are preparing a new prosecution against the offender thanks to their bravery.

In 2022, Dowlan was sentenced to an additional seven and a half years in jail

In February 2022, Dowlan was sentenced to an additional seven and a half years in jail for assaulting another 19 students. The latest sentence comes after Dowlan admitted more than 30 new charges.

Survivors watched the sentencing online, and Judge Gregory Lyon said he would not refer to them as victims because they deserve more than a label.

“I commend you for your courage and integrity in coming forward and making what has been a public bearing of your souls and life experiences,” he told them.

“I cannot imagine the courage it takes to do so.”

Dowlan’s prospects for rehabilitation were constrained by the fact that he doesn’t have and has never expressed any kind of remorse.

The court also heard that Cardinal George Pell said a boy “mentioned it (the abuse) casually in conversation” but did not ask him to do anything, so Dowlan was able to continue abusing scores of children.

While decades of pain and trauma were inflicted on the survivors, “Brother Dowlan” has been put through the wringer repeatedly. It shows that a moment — even a glimpse — of strength and bravery can bring monsters like “Brother Dowlan” to justice.