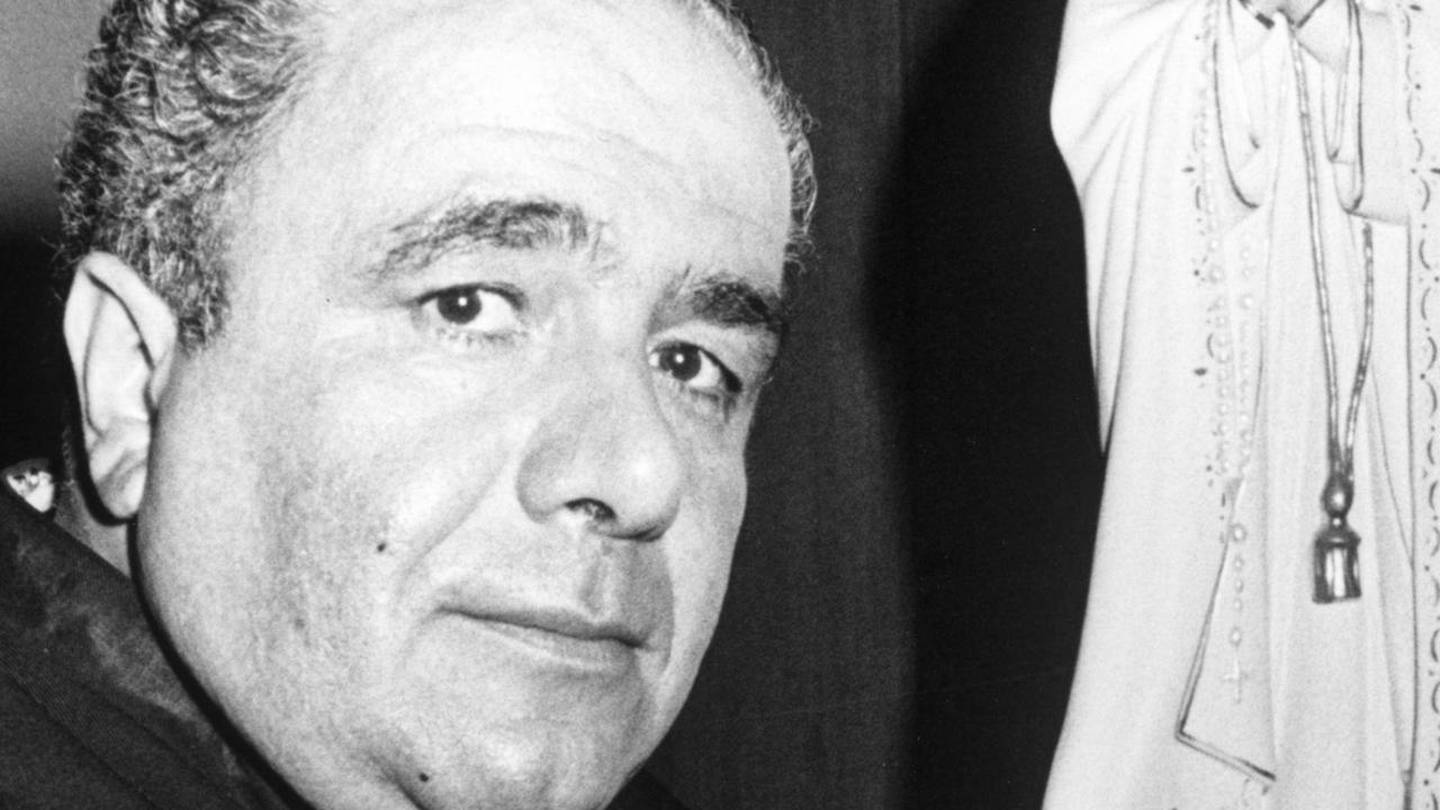 Father Anthony Salvatore Bongiorno was one of many Catholic priests who lived a deeply disturbing life.

Bongiorno started training for the priesthood around 1960 when he was 25-years-old. He was part of the same trainee group as George Pell and Denis Hart who both later became Archbishops.

In the 1980s, Bongiorno spent years abusing children at the St Ambrose presbytery in Brunswick, Melbourne. He left a trail of trauma and destruction behind him — but there are whispers that Bongiorno took his life of crime to another level.

He was one of the key suspects in the murder of Melbourne mother, Maria James, who was stabbed more than 60 times in her book shop. The case went cold but even after death, police have kept an analytical eye on Bongiorno as the suspected killer.

Bongiorno may have been one of the most diabolical offenders in the Melbourne Archdiocese. In this article, we expose his crimes — from confirmed child sexual abuse to a possible murder.

“I always used to say to him, ‘Why did you molest me?’ And he goes, it was because he loved me”

Robert Friscic was 11-years-old when he ran away from home and sought refuge at the St Ambrose presbytery in Brunswick, Melbourne. He was welcomed into the presbytery by Bongiorno.

“He [Father Bongiorno] showed me where I could have a shower in his bedroom… and he came in with me. And I didn’t know right or wrong. [He] started washing me all over my body,” Robert told ABC News.

“When I was growing up, I always used to say to him, ‘Why did you molest me?’ And he goes, it was because he loved me.”

The abuse continued until Robert turned 18. Bongiorno continued to access Robert via the boarding house where Robert was living — several social workers saw the warning signs that Robert was being abused and tried to raise the alarm with former Archbishop of Melbourne Frank Little.

Social worker Roni Nettleton confronted Bongiorno when Robert started to disappear from the boarding house at night. Bongiorno brushed it off and said, “oh yes, he calls in you know, I’m supporting the family… and he needs a father figure”.

Roni then met with the Archbishop but she didn’t feel confident that he would follow up on her concerns.

“He wanted to reassure us that Father Bongiorno was very well respected in his parish… [Archbishop Little] really had doubts about, you know, this sort of thing. ‘Was this boy making this up?'” she said.

In 1996, Bongiorno was tried for the indecent assault and sexual penetration of three boys. He was acquitted for two cases and the third fell through — devastated, Robert went to the Westgate Bridge.

“I didn’t want to live anymore, so I decided to go there and jump off,” he said.

The only thing that stopped Robert from jumping was the police.

In adulthood, Robert decided to launch a civil claim against the Catholic Church and the Archdiocese of Melbourne. After two and a half years of litigation, Robert reached a $3.7m settlement with the Catholic Church — he told ABC News he plans to move into a new house and maybe buy a dog.

A paedophile and a murderer? 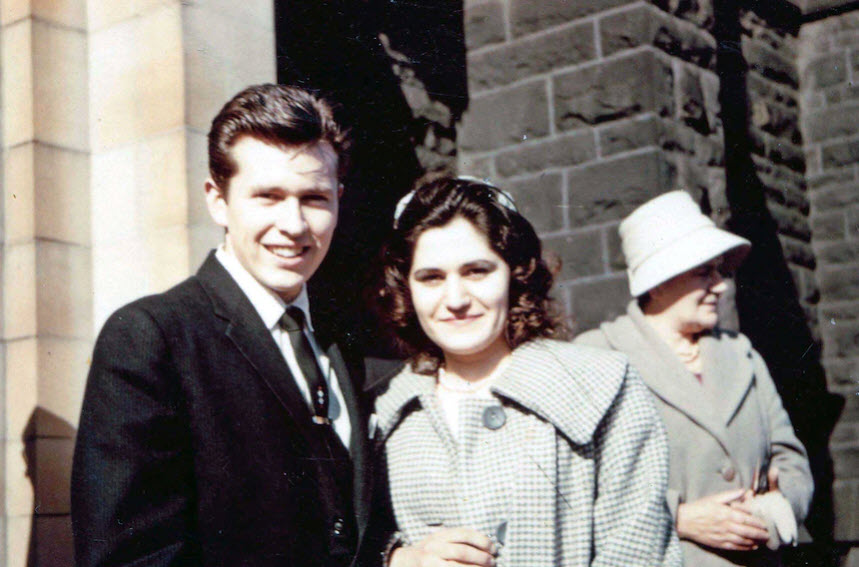 Robert took his anger out on the Catholic Church in a number of unhealthy ways. For example, he would spray paint the Catholic Church and send threatening emails — but more recently, Robert has channelled his anger into a healthier medium — his civil case as well as Bongiorno as a person of interest in a Melbourne cold case.

Maria James was murdered in her Thornbury bookshop in 1980. She had been stabbed more than 60 times and her hands and feet were tied up with twine.

Northcote Detective Cliff Hall was at the scene of the crime and met with Maria’s husband. According to Detective Hall, an “aggressive and domineering” priest in black robes appeared and demanded to enter the crime scene. Hall identified the priest as Bongiorno.

“When I told him he couldn’t enter because a lady had died, he said he was her priest and needed to go inside to administer last rites,” Detective Hall said.

“He was adamant about getting in and giving last rites, he actually tried physically pushing past me and I had to physically push him away to keep him out.”

“It got pretty heated and he just wouldn’t stop insisting on getting in.”

Hall said Bongiorno was taken away in a police van because his behaviour was hindering the investigation. However, Mr Hall claims Bongiorno returned sometime later and loitered out the front of the book shop.

There were six suspects in the murder — and Bongiorno was one of them. With a lack of evidence, the case went cold.

The Victorian Coroners Court heard Father Bongiorno had been sexually abusing Maria James’s son Adam and she was planning to confront the parish on the day she was murdered. In 2013, homicide detective Ron Iddles took Adam’s statement:

“Adam heard his mum talking to the presbytery, he thought she was talking to Mr Bongiorno … then on my leaving the Homicide Squad, an electrician had just come forward saying that he saw a priest covered in blood,” he told the inquest.

In 2021, Robert Friscic testified against Bongiorno at the new inquest into Maria’s death. He said he once asked Bongiorno about Maria’s murder and the priest went into shock.

“I believe he did molest Maria’s son and could have done anything to keep his secret… because he keeps secrets,” Robert said.

Bongiorno died in 2002 before he could ever be convicted or investigated for Maria’s murder.

How survivors were able to bring Bongiorno to justice 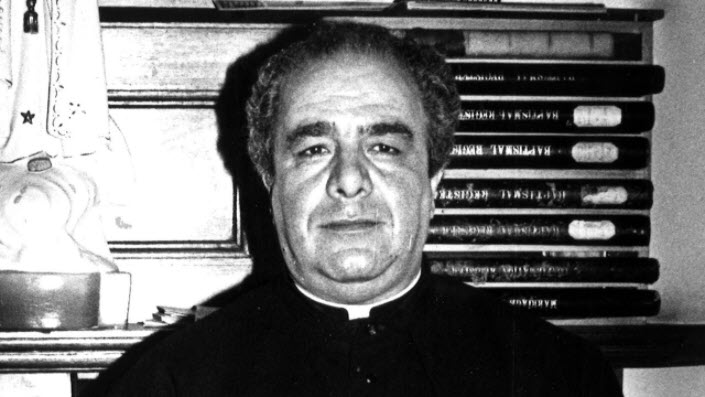 At the Melbourne Magistrates Court in February 1996, police charged Bongiorno with multiple counts of indecent assault involving three boys — “Rex” (abused from age 11 onwards), “Fred” (abused when aged 8) and “Adam” (abused when aged 12) between 1981 and 1987.

There was also one charge of sexual penetration involving Fred.

Bongiorno pleaded not guilty to all charges.

Fred told the court that he soiled his pants in church one Sunday in 1983. Bongiorno took Fred to the presbytery and showered him. Then, Bongiorno started to touch his genitals and performed oral sex on the child. Scared and upset, Fred tried to call his mother to come and pick him up.

Bongiorno hung up the phone. Fred was subjected to multiple other assaults — he told the court that Bongiorno would sometimes give him money.

Fred and Rex’s families were immigrants and the boys often had trouble with their parents. Bongiorno saw this as a vulnerability and used it to his advantage.

Three witnesses also testified that they overheard Bongiorno refer to “the old Spanish custom where the altar boy sleeps with the parish priest” on multiple occasions.

While he was in the witness box, the prosecution asked Bongiorno “is it really an old Spanish custom?” to which he said “yes”.

“The Catholic Church in Spain, Italy and the Philippines is quite different from in Australia. As students for the priesthood, we were often amazed at these differences and we often used to refer to this or that old Spanish custom,” Bongiorno said.

The Tribunal accepted that Bongiorno had committed child-sex crimes and details of the case were published in Melbourne’s Age in 1997.

Despite all the negative publicity around Bongiorno, the Melbourne Archdiocese kept the paedophile “on leave” instead of defrocking him. This continued until his death in 2002.

It’s not too late to achieve justice

Father Anthony Bongiorno used his position of power to abuse the children who attended the Brunswick church. As a priest, he was someone the boys and their families should have been able to trust — instead, he recognised the vulnerabilities of the boys and saw it as an open invitation to abuse them.

At Kelso Lawyers, we fight for survivors of institutional abuse — whether the abuse occurred in a church, an educational setting, a juvenile justice centre or even the Australian Defence Force.

We can help with a civil claim or help prepare an application for the National Redress Scheme — whatever avenue you wish to take, we will ensure you achieve the best possible outcome.